Attack of the Robot Vacuum! 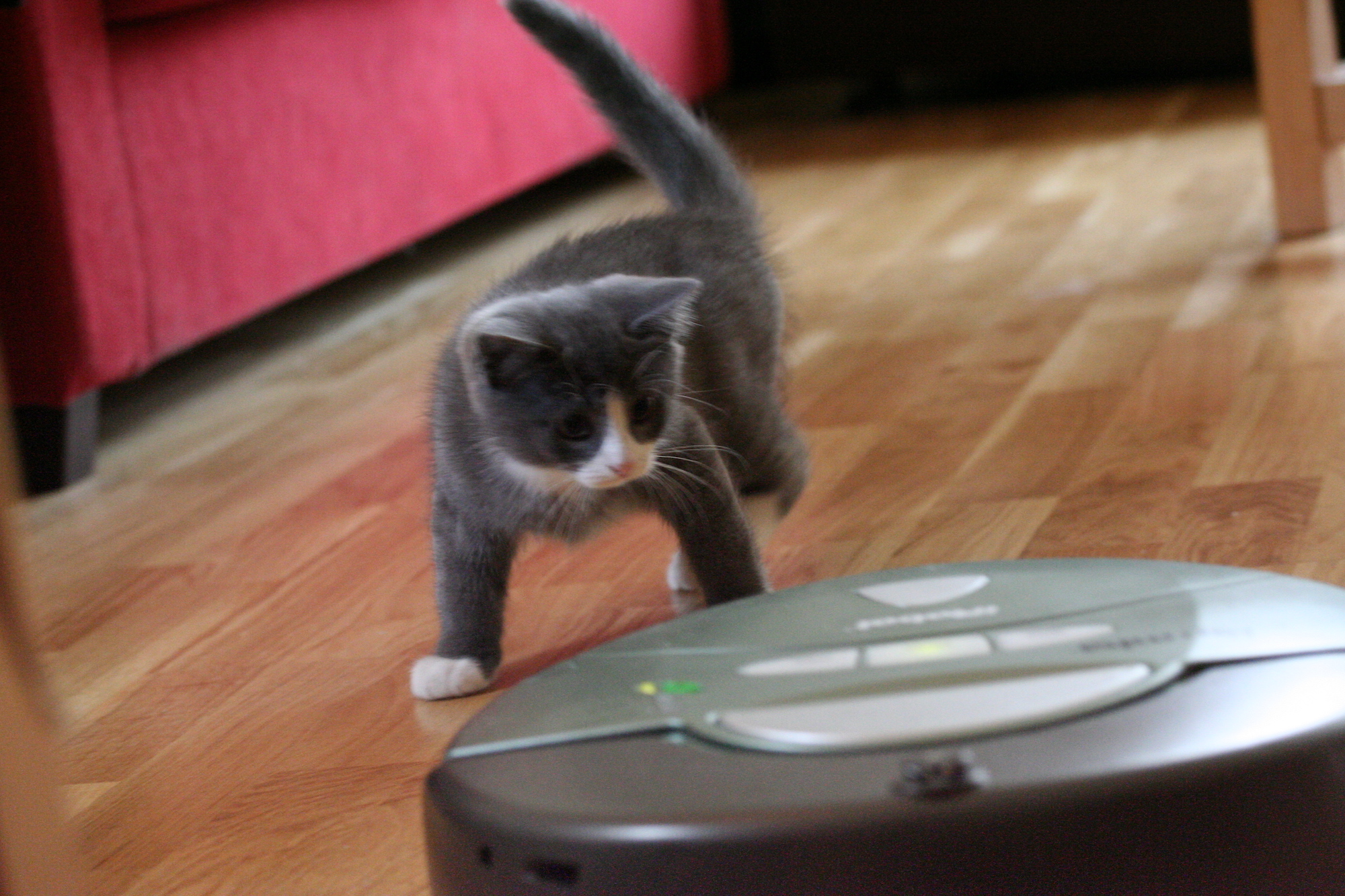 Everything in life has felt a little heavy lately. I was down and out with pneumonia last week and found myself watching the news a lot. There is a lot of bad stuff going on in the world. A school shooting that was a little too close to home. I considered writing about my thoughts on some of the bad stuff. But then I decided to stick with something lighter for today, because I think we could all use a little pick me up. So here goes.

I woke up one day last week and walked downstairs. I turned on the living room lamp and something looked a little off. I couldn’t really put my finger on what it was so I shrugged my shoulders and moved to the kitchen to make a bottle for the baby. I turned on the kitchen light and noticed that the dog’s food and water bowls were in the middle of the floor. The high chair was sideways against a wall.

I froze and my first thought was, “Oh sh*t, someone has been in our house! Have we been robbed?!” Then I realized nothing was missing—everything had just been slightly rearranged. This is where I start to sound crazy because I won’t lie, I was slightly offended.

I know our house looks like a hurricane hit it and there is spit-up on all our furniture, but we have a nice TV! We also have that Waterford Crystal candy dish (wedding gift) that is currently holding pacifiers. The robbers didn’t find ANYTHING they wanted to steal? I guess I wouldn’t have stolen the tablet if I was robber either once I saw all the toddler prints and snot on it. I shook that ridiculous thought out of my head and started walking around the house.

Then I saw it.

The charging station for my prized robot vacuum—DeeDee—was empty. DID SOMEONE BREAK IN MY HOUSE AND STEAL MY PRIZED ROBOT VACUUM? NOOOOOO!! I started mentally taking inventory and realized DeeDee was the only thing missing.

I moved to the playroom. DeeDee the Robot Vacuum was sitting in the middle of the room, hung up on the stern of Captain Hook’s Pirate Ship.

I breathed a huge a sigh of relief. No robber had stolen my precious.

I picked DeeDee up and gently placed her back on her charger. My husband must have turned her on before he came to bed. She pushed around anything she came in contact with and then took a little nap in the playroom.

I went on with my day and forgot to ask my husband about it.

The next morning I woke up and the same thing had happened. Dog bowls were under the kitchen table and a boot that had been missing for approximately two months had been pushed into the living room from who knows where. Good work DeeDee. If I could high five a robot vacuum I would.

Then I saw the destruction. DeeDee was frozen in the middle of the living room floor with a charger hanging out behind her.

I picked her up, placed her gently on her back and untangled my three-year-old son’s mangled Amazon Fire tablet charger from DeeDee’s bristles. This was her first destructive act.

Why did she have to pick the one charger in the house that we only have one of? And that we CANNOT live without? If my three-year-old can’t watch his “phone” while he eats breakfast, it’s just going to be the start of a really sh*tty day. (Anyone judging me right now can stop. Don’t tell me your kid doesn’t get too much screen time.)

Luckily the tablet had about 14% percent battery and lasted us through breakfast. I got my daily dose of that damn “Daddy Finger” song. (Sidebar: Who has time to make all those videos? Are they getting paid or are they just creepy and bored?)

I finally remembered to mention this to my husband. He informed me that he had no idea how to use DeeDee’s remote and had accidentally set a timer for her to run every night at midnight. Well, that explained a lot. At this point, I should have gone and picked up the remote, turned the timer off and moved on with my life. But of course I didn’t, because that would make sense and I have more important stuff to do.

So every night before I go to bed, I think about how I need to turn off DeeDee’s alarm and/or pick all the crap up off the floor so she doesn’t suck anything else up. But of course, I always forget. Because if I didn’t, I wouldn’t be able to call my blog “Hashtag MomFail.”

So that’s my story. There is no moral to it. I wish I could say there was.

I do hope it made your day a little more interesting. Maybe it made you chuckle. If anything, I hope it took your mind off all the crazy stuff going on in the world right now. 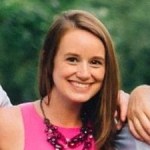