You know her from Parks & Recreation and that alluring deadpan, but Aubrey Plaza has been busy during the pandemic. Not only is she starring and producing Michael Levine’s Black Bear, she also been penning a new picture book for kids. True to Plaza’s reputation for beating to her own drum, this one is a holiday book, with a twist. Read on to learn more. 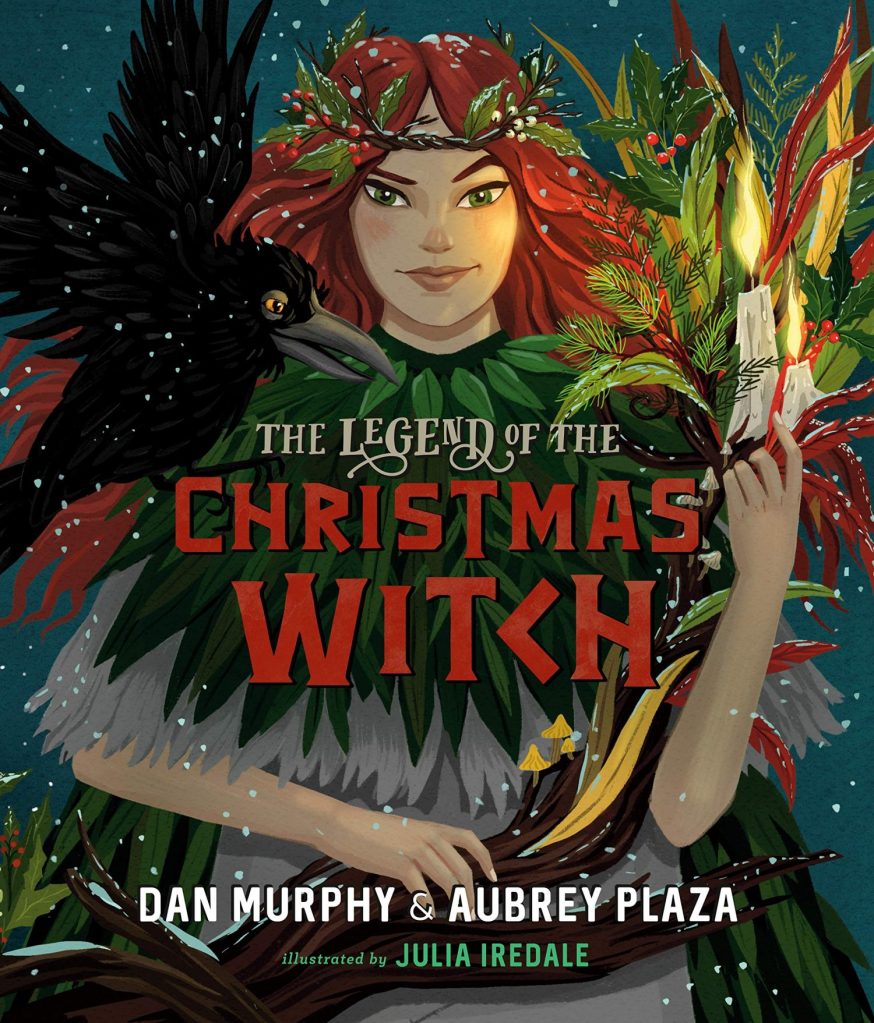 Coming in Oct. 2021 and available now for pre-order, The Christmas Witch is authored by Aubrey Plaza and Daniel Murphy with gorgeous fantasy-filled illustrations by Julia Iredale.

“Gather ‘round the fire to hear a Christmas legend that has never been told before…until now. Each year a        mysterious figure sweeps into town, leaving behind strange gifts in the night. No, not Santa Claus, but his          sister…”

The story introduces readers to Santa’s long lost, misunderstood sister, Kristtōrn, who just happens to have been raised alone by a witch of the woods. Kristtōrn embarks on a journey to find her twin, but is met with fear of her powers. And Kristtōrn has a temper. It leads to a confrontation that leaves the fate of Christmas itself in balance.

“I couldn’t be more excited to be publishing The Legend of the Christmas Witch with Viking this fall,” says Plaza.“This is a story that Dan and I have been working on for some time now and we can’t wait to introduce a character as fierce, independent, and headstrong as Kristtörn to readers this holiday season.”

We can’t wait to see all of those lavish illustrations and read the tale in its entirety by a cozy fireplace of our own. And according to Viking, it’s a two-book deal but no word on what the next book will be. We’ll wait as patiently as we can.

The Best Bedtime Stories of All Time (According to Our Kids)