This Baby’s Monthly Milestone Photos Are Nothing Short of Genius

Finding an imaginative way to take monthly baby milestone photos is a challenge that many of us mamas struggle with. If you’re looking for something that goes beyond the same old chalkboard plus baby’s age number, photographer Dani Giannandrea has an idea that you’ll want to copy—no matter how you slice it.

Giannandrea, a Maryland-area wedding photographer, recently took the social media-verse by storm after posting one of the sweetest and most creative baby’s first year calendar pics. Instead of month-by-month ages rustically written in chalk, Giannandrea chose a much more interesting medium for her little boy, Lorenzo…pizza! 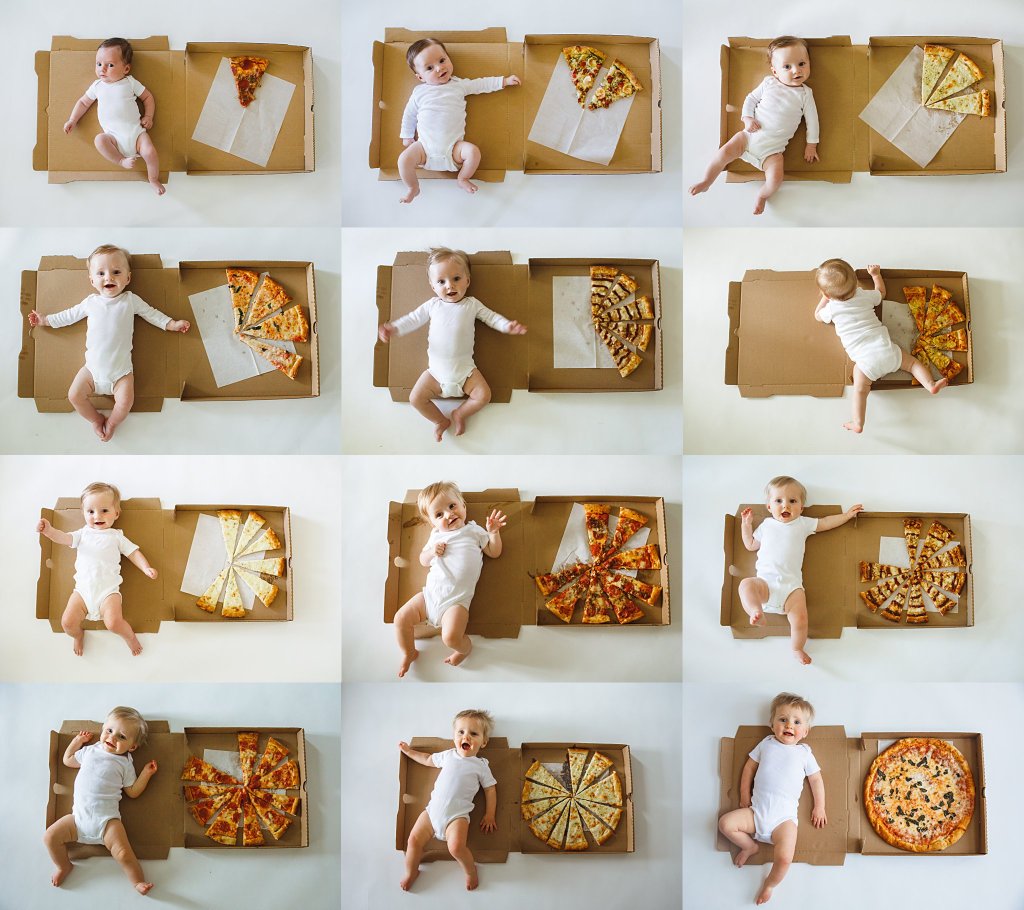 Each month marker of Lorenzo’s life comes with one new slice. The now-viral post has gotten plenty of praise from fans at her Facebook page. And it looks like this genius idea is one just about everyone wants to copy. One commenter wrote, “Such a beautiful idea! The visual is lovely and loving at the same time.” Another wrote, “So much cooler than those milestone cards!” We completely agree!

Why did Giannandrea choose pizza? The photographer/mama told us, “When brainstorming with my mom, Lorenzo’s Grammy, she said that I really should do something Italian as an ode to his name. I had tossed around a few ideas but ultimately decided if we were going to do this right, we may as well also get dinner out of it each month.” She also added some baby pizza photo-taking expert advice, “If you are going to do pizza for your monthly photos, invest in a good pizza cutter because truly no pizza place slices their pizza into 12 slices. And, invest in family photography because soon enough all your kiddos will be bigger than a pizza box.”

Of course, setting up a year’s worth of pizza-filled photos takes some level of restraint. Along with the praise, some of the FB commenters pointed out that not eating all that pizza is a feat in and of itself!

This Mom’s Target-Themed Birth Announcement Is Everything