There’s ANOTHER Barbie? New Netflix Film Has the Answer

Calling all Barbie fans! America’s favorite doll is headed off on a new adventure in Netflix’s newest film.

Debuting Sept. 1, Barbie: Big City, Big Dreams follows Barbie Roberts across the country to New York. Excited to spend the summer at the Handler School for Performing Arts, no one is more surprised to run into another student named Barbie Roberts, than Barbie herself!

The music-packed film brings Barbie and Barbie together as the two share their dreams of making it big on Broadway. With new nicknames to set them apart, Malibu and Brooklyn both set out to win the program’s Spotlight Solo with their own unique talents.

While Malibu Barbie is self-taught, Brooklyn Barbie has been trained for years in music, dance and singing. The duo demonstrates that there is never one single path to success, and that anyone can succeed if they bring their A-game! 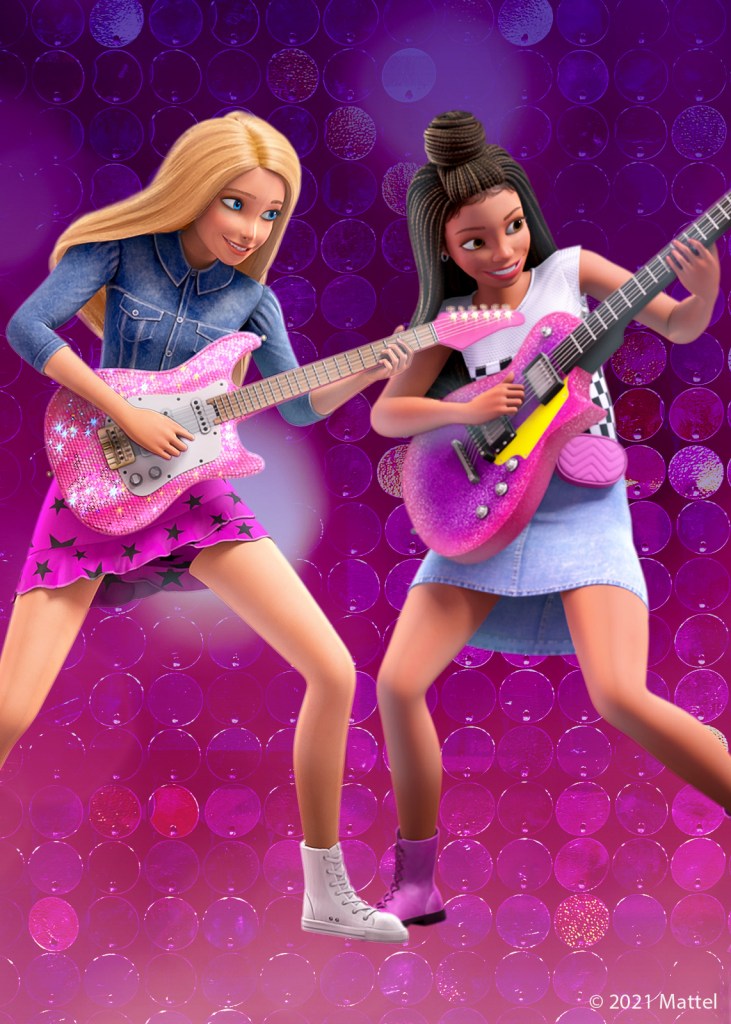 The newest Barbie film celebrates the potential in every child to succeed and that sometimes a competition is more about bringing out the best in each other, rather than winning.

Barbie: Big City, Big Dreams will debut on Netflix Sept. 1. Keep an eye out for a new line of dolls, playsets and accessories all themed after the film this fall.

All photos: Courtesy of Mattel & Netflix

Want to Sing with Kristen Bell? Now You Can with This New Series

Red Tricycle > In the News > Celeb & Entertainment > There’s ANOTHER Barbie? New Netflix Film Has the Answer