You can be anything. It’s Barbie’s slogan and an uplifting message for kids everywhere. Now six real-life women who became heroes of the pandemic have their own dolls thanks to Mattel’s #ThankYouHeroes program!

These healthcare role models inspired us with their courageous efforts during a tumultuous time. Their accomplishments saved countless lives and made a huge impact in the fight against the pandemic: 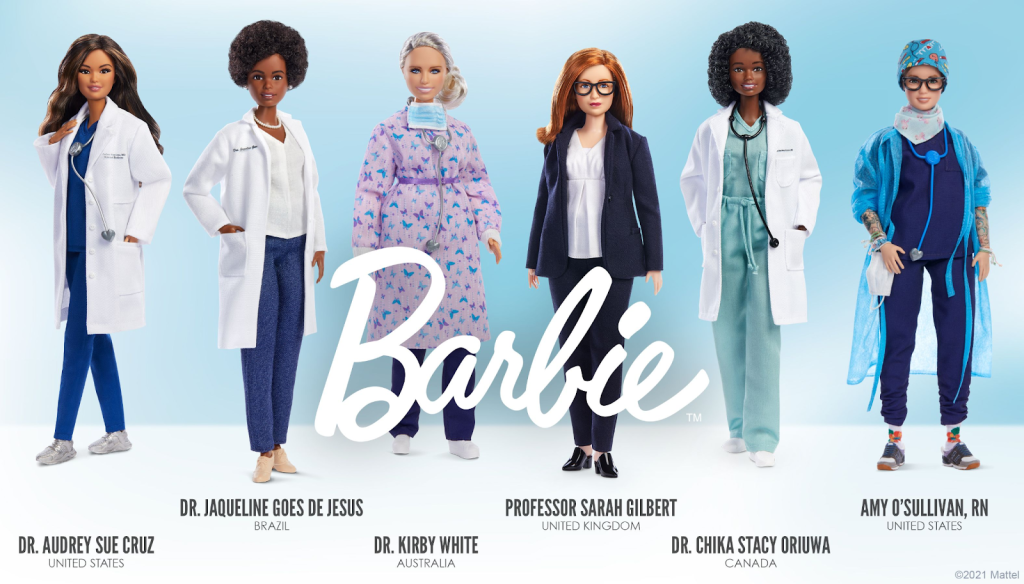 Mattel also announced that for each eligible doctor, nurse and paramedic doll sold at Target through August, Barbie will donate $5 to the First Responder Children’s Foundation, which benefits children of first responders. The organization plans to use the money to support the Power of Play Program, which focuses on the social, emotional and behavioral well-being of children.

Along with the current selection of medical dolls, you can also buy a new Fast Cast Clinic playset with a Barbie doctor doll and four play areas. Barbie can use an X-ray machine, check a patient on the exam table, create dough casts in the medical station and direct families to the gift shop. It’s available at retailers now for $49.99.