Every family had different rules regarding screen time limits. Using screens right before bedtime can impact how your child sleeps. This is most evident in children who struggle to self-regulate their behavior. 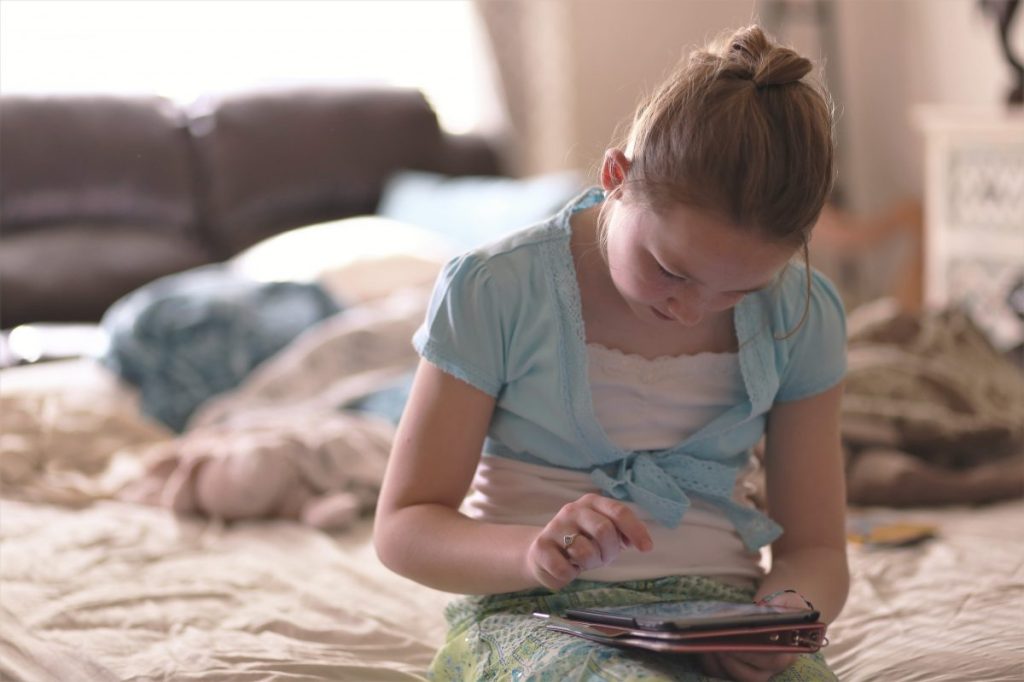 According to a study from the Arizona State University Department of Psychology, frequent media use before bed leads to later bedtimes and less sleep.

For the entire week, the children wore specialized wrist watches called actigraphs that tracked their movement and also ambient light. The actigraph data gave the research team detailed information about when and how long the children slept.

“Among kids who used the same amount of media in the hour before bed, we found differences that were explained by a personality characteristic called effortful control,” said Leah Doane, associate professor of psychology at ASU and senior author on the paper. “Kids who score low on measures of effortful control are the ones who struggle to wait to unwrap a present or are easily distracted. We found a strong association between media use in the hour before bed and when these kids went to sleep and how long they slept. Media use before bed was not associated with the sleep of kids who scored high on measures of effortful control.”

“Media use was generally associated with a shorter sleep duration, but this effect was most pronounced in children with low effortful control,” said Sierra Clifford, a research scientist at ASU and first author on the paper. “The impact of media on sleep was also an average affect, meaning that it reflects habitual media use rather than occasionally staying up late to watch a movie.”

The children who scored low on measures of effortful control slept the least amount of time when they consistently used media in the hour before bed during the study week. These children slept approximately 40 minutes less per night. Media use before bed did not affect the sleep of children who scored high on effortful control, which was approximately 35 percent of the study participants.

Children with low effortful control might struggle with switching their attention from watching media before bed to calming down and falling asleep. But because effortful control is a personality characteristic, it is more difficult to change.

“Instead of parents wondering how to help their child better regulate their behavior, they can try to focus on creating more consistent sleep and media use schedules,” Doane said.

The work is now available online in Psychological Science.