Being Small: How I Help My Short Daughter Feel More Comfortable in Her Own Skin 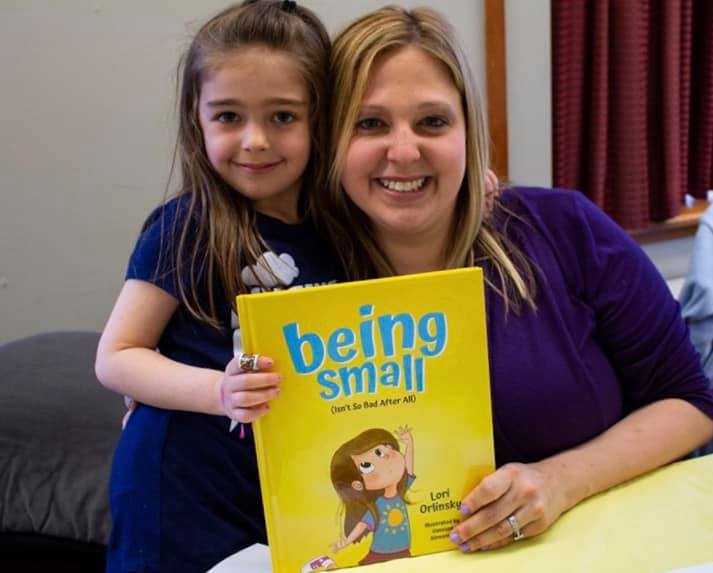 When my daughter Hayley was three, she came home and declared that day would be her last attending the preschool she loved so much. When I asked her why, tears began streaming down her face. She explained to me that the teachers hung up a growth chart in the classroom and placed a piece of tape next to the measurements to show the height of each child. While her friends landed at the top and middle of the chart, her name was at the very bottom, with no other names in sight.

“I’m the worst because I’m at the bottom,” she told me. “Everyone is taller and better than me.” Being 5-foot-1 on a very good day (with heels and volumized hair), I related to her predicament. Growing up, I was always the shortest kid in class, but it never seemed to bother me the way it affected her. Sure, I knew at an early age that I’d never be on the basketball team, but I relished in the little privileges I was afforded, like being front and center in a class photo.

“I don’t like being called a munchkin,” Hayley told me.

So rather than telling my strong-willed daughter that she should ignore these comments, I armed her with all of the things I could think of that gave her an advantage over her taller peers. For example, she is the last one to get wet when it rains and she can squeeze into the best hide-and-go-seek spots.

At that time, I began to look for some children’s books on the topic to provide Hayley with relatable characters that were story heroines. After scouring bookstores and Amazon, much to my surprise, no book on this topic existed.

According to the U.S. Department of Justice, more than 160,000 kids stay home from school each day to avoid being bullied. Research indicates that bullying behavior can start as early as age three, with girls facing a larger chance of teasing.  The American Academy of Experts in Traumatic Stress believe that bullying has a real and profound psychological impact into adulthood. The saying “sticks and stones may break my bones, but names will never hurt me,” is totally untrue.  For the most part, physical damage from a fight heals quickly, but words can cause damage to a child’s self-concepts and identity.

I didn’t want Hayley to be another statistic. While I knew the comments made about her height were innocent and playful and even endearing at times, I worried that being labeled as short would cause her to lack self-esteem and self-confidence at a crucial time in her emotional and social development.

So, I began writing my own story for Hayley (at times on Post-It notes), not knowing what a meaningful undertaking it would prove to be for both of us. Initially, my vision was to produce a short bedtime read that would send shorter kids off to dreamland with a “short power” message. But as I began writing, I felt as though the undertones within the story were universal: everyone has their own, unique qualities that make them special. We shouldn’t encourage children to bury these qualities or to just “blend in.” Rather, they should be taught to embrace them.

I was so excited to show Hayley the multiple book drafts and she provided me with toddler-honest input on the story throughout the entire writing process. “This is really hard for me, Mommy… not that,” she’s say.  Sometimes, she even gave me a thumbs down.

A few weeks (and a lot of iced coffee and all-nighters) later, I had a completed manuscript and a book offer from a prominent publisher quickly followed.

On Dec. 21, 2018, which just so happened to be National Short Girls Appreciation Day (since it is the shortest day of the year), I proudly read Being Small (Isn’t So Bad After All) to Hayley’s kindergarten class, with her sitting beside me, turning the pages. Not only was the story based on my experience raising her, but I also worked her personality into the book, capturing familiar bits of her in every page.  It was one of those surreal, once-in-a-lifetime moments that I will hold onto forever.

Although this book was a labor of love for Hayley, it also serves as my gift to the millions of kids who are different than what society deems “normal.” We are raising the next generation and in today’s day and age, it has never been more important to instill qualities of self-confidence and self-worth in our children, especially young girls.

Do you have a young child who is too short? Has hair too curly? Wants to mismatch their shoes daily? Talk to them about how to accept themselves, find their advantages and celebrate their differences. While Hayley measures about four inches below the growth curve for a child her age, she actually stands taller with the knowledge that she is valuable and deserving of life’s best offerings and opportunities. 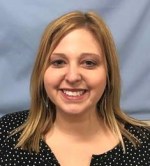 ABOUT THE WRITER Lori Orlinsky
Lori Orlinsky is a Chicago-based mom of two little ladies. Often times, life is messy, chaotic and complicated and while she has not yet mastered the art of peeing alone, she wouldn't trade this life for the world.
MORE FROM Lori:

Red Tricycle > Parenting > Big Kids > Being Small: How I Help My Short Daughter Feel More Comfortable in Her Own Skin