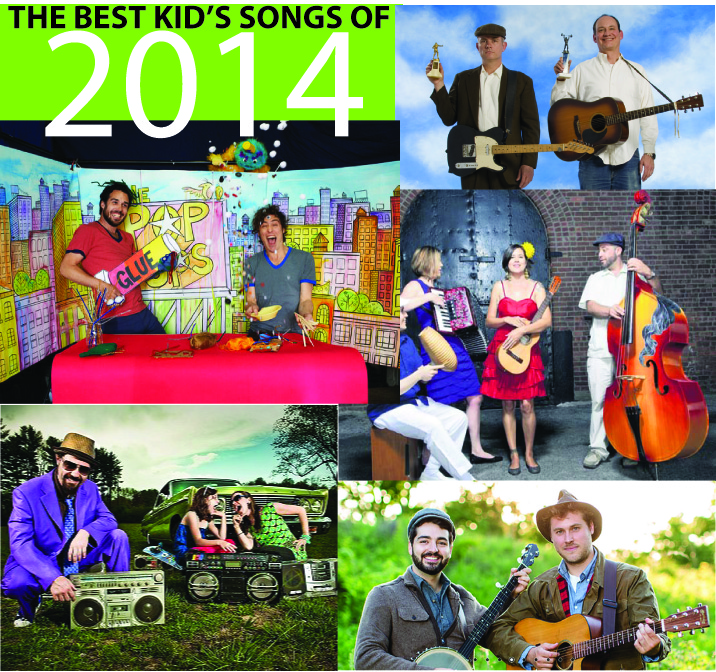 From hip-hop to folk, soul to electro-pop and just about everything else in between, and with songs spanning the spectrum from hard working armadillos to motorcycle moms and favorite breakfast foods to favorite sofas, 2014 was yet another banner year for the burgeoning kindie music scene. Hundreds of terrific songs from dozens of brilliant albums were enjoyed by in-the-know families all year long. But which songs distinguished themselves and stood out from the pack like that one meticulously decorated house at Christmastime?

It was a difficult job, but we’ve whittled down the best of the best into a massive 30+ song Spotify playlist spanning over 90 minutes of top-shelf, all-ages tunage!

Ladies and gentlemen, boys and girls, we proudly present to you the best kid’s songs of 2014 from modern family music luminaries such as The Pop Ups, Recess Monkey, Secret Agent 23 Skidoo, The Okee Dokee Brothers, Brady Rymer, Moona Luna, and so many more.

Special shout outs to a pair of songs that should be included but are not currently available on Spotify: “Rainbow” by Karen K and Mista Cookie Jar and “In A Park” by Lori Henriques.

*Big thanks to Rebecca from Kids Can Groove and Bill Childs from Spare the Rock Spoil the Child (and the new Macaroni and Cruise Kindie Rock Cruise setting sail in August 2015) for their input on this list.

What was YOUR favorite song of 2014? Let us know in the Comments!