If music is the food of love, then tune-loving kids and parents alike will swoon over the veritable smörgåsbord of fantastic music-making apps available on the market today. From classical creators to hip-hop jams, we sampled an entire marching-band-worth of apps (so you don’t have to) and discovered the grooviest ones. Check out our ensemble of apps below—your kids will be joining in on the rhythm nation in no time.

Preschool rock-and-rollers will really dig Melody Jams, a fun, interactive music-making game that lets players animate and orchestrate their own garage band comprised of adorably-drawn monster characters. Band members can be mixed and matched, with each character possessing unique personality traits and different instrument skills, which are described in detail on the Melody Jams website. Additional music and scene bundles are available for purchase via iTunes for $4.99. 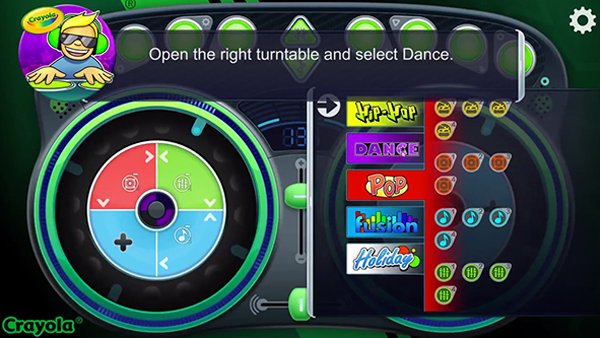 Aspiring DJs will have a blast mixing and scratching their own custom beats and tunes with Crayola’s nicely-designed music app. Created in partnership with mobile game developer Legacy Games, Crayola DJ features a well-laid-out interface of dual virtual turntables that junior Junior Vasquezes can use to mix and remix almost 100 exclusive tracks—all created by professional DJs. Tracks are available in five musical genres, including hip-hop, dance, pop, fusion and holiday, and a tempo slider lets users adjust BPMs to take their mixes from chillout deep house to frenetic EDM. Regardless of your mini-DJ’s level of musical experience or sound-engineering skills, the app intelligently creates legit professional-sounding dance music that invariably will get people on their feet and moving to the beats.

Combining two activities that kids love (painting and music) Kapu Bloom Tunes lets kids paint the world with music. This sweet digital toy may seem simplistic—there are no recording or sharing options—but young musicians will delight in seeing how their finger paintings are brought to life through colors and sounds. Players dig for, find, then decorate the seeds of a melody flower, which are planted in the ground. By painting the soil and watering the seeds, the resulting plants bloom with music. Tickling plants causes them to sing a variety of familiar melodies and nursery rhymes, and spinning petals leads to even more musical interludes. 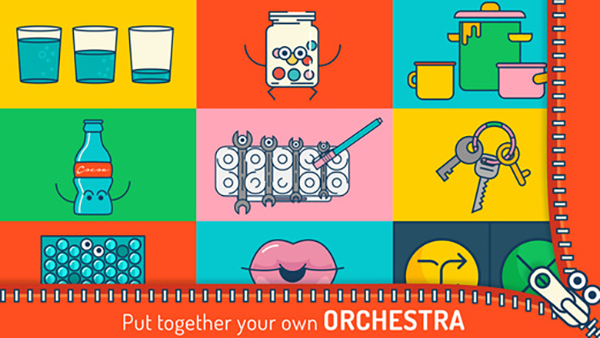 This delightful music-making app is designed for preschoolers and older, and lets them explore how sounds are made using a variety of different, ordinary household objects, such as an empty soda bottle or a rubber band. Kids can listen to and learn how to play sounds created with virtual homemade instruments, at the same time developing a better understanding of how sounds are made in the real world. The app’s simple, intuitive interface makes it perfect for younger users, and the ad-free play environment makes it easy on parents’ wallets, too. 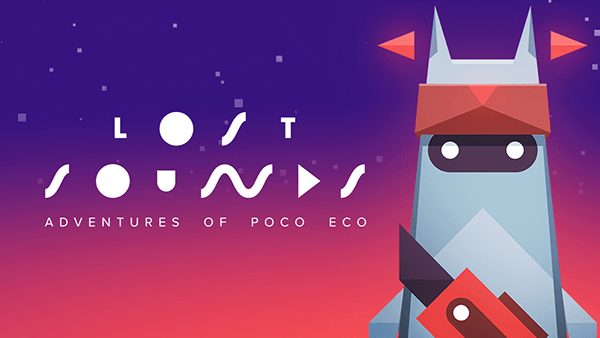 Although it’s not precisely a music-making app per se, Adventures of Poco Eco—Lost Sounds is a dreamy and visually-stunning music-adventure game that’ll have you and your kids hooked from the start. Featuring straightforward puzzles and a gorgeous electronic soundtrack composed by acclaimed Hungarian musician and artist Iamyank, players are drawn into a mesmerizing neon wonderland where they are tasked with helping an explorer named Poco Eco complete his mission of finding the lost sounds of his tribe. This multi-award-winning app is less like a typical puzzle-adventure game and more like a meditative musical journey across a dozen 3D-animated game levels.

Take one part plug-and-play music maker and one part covert coding tutorial and the results would be Loopimal, a cool digital building app that lets nascent electronica musicians create neat animations powered by sounds. Users can create music loops by using pre-programmed blocks that provide both melodies and character animations that can be layered over various beats. With its easy-to-use interface, kids can learn how arranging and repeating blocks in certain sequences can add up to different sounds and movements of cutely-illustrated animals, including a bear, a pig, an octopus, a sloth, a bird and a yeti. Although the app is missing save and share options, young users will enjoy experimenting with sounds and animations in this entertaining app. 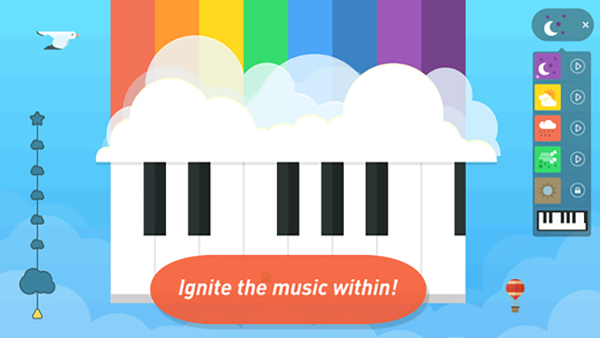 Conceived by musician and educator Michael Emenau, Easy Music is premised on the theory that before kids can effectively learn how to play music, they first need to learn how to listen to it. Through this appealing, interactive app, kids learn how to recognize notes, pitch, rhythm and melody by exploring different animated worlds and interacting with a color-coded keyboard that helps budding musicians begin the journey toward playing music by ear. Bonus: there are no ads or in-app purchases, a welcome relief from the growing deluge of overly commercialized mobile apps aimed at kids.

From classical to contemporary pop, Magic Piano has gamified tickling the virtual ivories. The app even makes someone who’s all thumbs sound like a piano prodigy. Players follow beams of onscreen lights, which guide fingertips to hit the right notes. Rhythm and tempo can be adjusted to suit a player’s fancy, adding his or her own sense of musical style to some familiar and not-so-familiar songs. There’s also an option to switch instrument modes, which range from baroque harpsichord to new wave synthesizer. The app supports 13 languages and the premium music catalog currently boasts more than 1,000 songs, with new songs added daily. For those who want access to the entire songbook, subscription plans start at $2.99 weekly.

For ages 5 & up. Available for iOS and Android, free with in-app purchases. 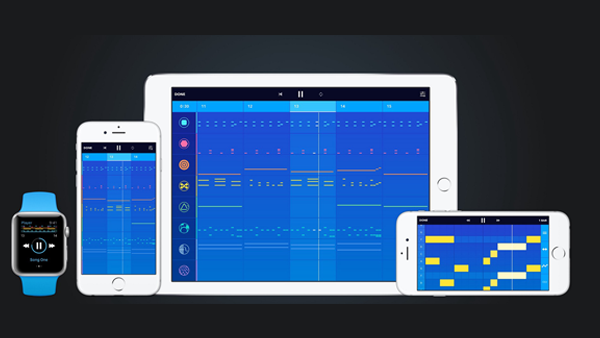 Downloaded more than half a million times, award-winning Medly Music Maker already has been named to numerous “Best of” lists, including Apple’s Editor’s Choice and Best App of 2016. The free version of the app comes with 12 instruments, with 100 more—ranging from house synths to classical violins, and hundreds of drum and FX samples—available through in-app purchases. Amateur and professional musicians alike can create songs in a variety of genres through a simple visual interface where notes are drawn onscreen. The app is compatible with Apple Watch, allowing users to open, play and control Medly-created songs directly from their wrists.

For ages 10 & up. Available for iOS, free with in-app purchases.

Addictive and delightful are just two words to describe Keezy, a quirky musical instrument-slash-sound sampler app that helps wannabe beatboxers of all ages create and record their own custom beats and loops with just a few taps. Keezy comes pre-loaded with 15 sound boards—created by popular alternative musicians, including Reggie Watts, Tegan and Sara, The Mast, Francis and the Lights, and Reni Lane—which can serve as the basis for users’ musical creations. Additional sounds can be recorded on each of the eight colored tiles, which are tapped to play back or pressed and held to loop. There’s also a free companion Drummer app from Keezy for those who want to take their beats to the next level.

All images courtesy of app companies.