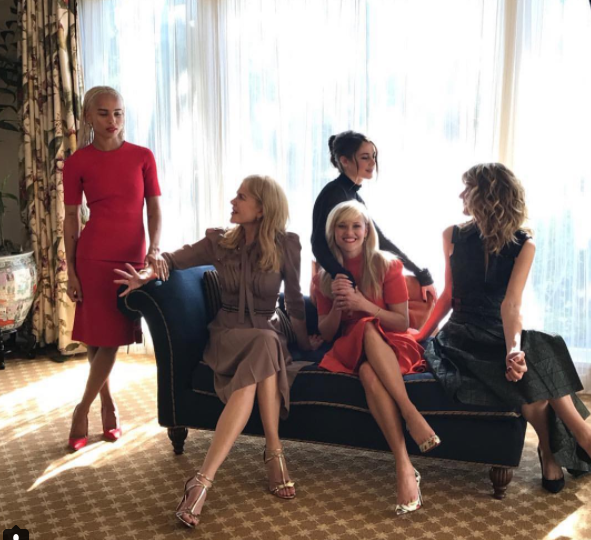 If you were feeling melancholy when the dramatic lives of the Kindergarten moms in Big Little Lies came to its thrilling conclusion, you can officially dry your tears because HBO has given the greenlight to develop a second season.

Despite the fact that the show was initially meant to be a limited series, between the fan reaction, the 16 Emmy Award nominations, and the stars opining that they wouldn’t mind continuing their roles, it’s not a big surprise that the show will keep going. As E! Online is reporting, HBO programming president Casey Bloys told reporters that they are working on new storylines with Big Little Lies author, Lane Moriarty.

Don’t expect the second season anytime soon, however. After the story, they will still need to write a script and shoot it. The show’s director, Jean Marc-Vallee, is the only one who hasn’t signed on to the idea of expanding on the first season. The process is still in its early stages however, which gives him plenty of time to change his mind once he sees the story Moriarty has spun. Like everything great on HBO, however, it will definitely be worth the wait.

Do you think they should continue the story of these Monterey moms? Share your thoughts in the comments below.