Big News for April the Giraffe! 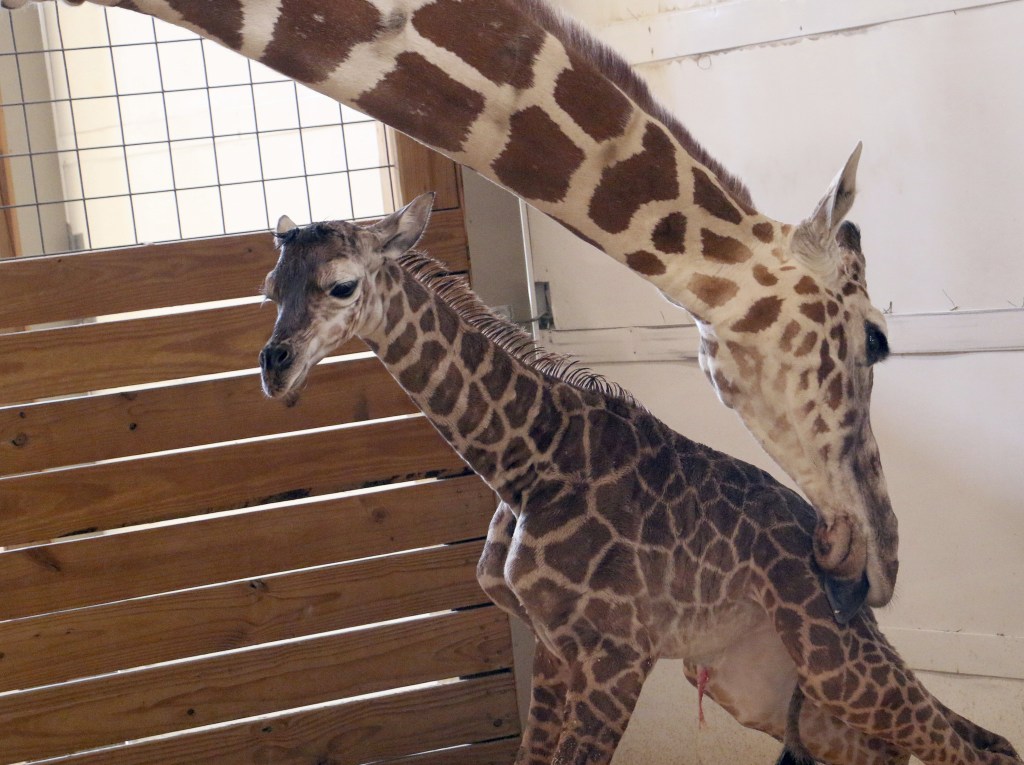 April the giraffe had us all spellbound last spring. Okay, maybe not spellbound. But we were all about watching the giraffe and waiting for the pregnant mama to give birth to her long-necked baby. The super-star of the Animal Adventure Park Zoo in Harpusville, New York captured the country’s attention during her pregnancy, and the subsequent two-and-a-half-hour streaming birth video online. And now, the live giraffe web cam might be ready for a new flood of followers fairly soon. Why? Check out the giraffe news that we’re all waiting for!

Even though April isn’t officially ready to become a mommy again (this would be for her fifth time), the owner of the Animal Adventure Park Zoo, Jordan Patch, did want us to think that she is. In an interview with Good Morning America, Patch said, “I cannot confirm nor deny the possibility of another pregnancy.” Hmm. So is April preggo again?

Patch added, “Are we ready for another giraffe cam, world? You tell me?” According to the Animal Adventure Park’s website, Oliver (April’s latest baby daddy) is showing interest in her again and it’s safe for the two to breed.

Will we all get to see a repeat performance and witness another giraffe live birth? Possibly!

Did you watch April the last time around? Will you watch again? Tell us why or why not in the comments below.

Red Tricycle > In the News > Big News for April the Giraffe!