Grab your movie-loving crew to flex their knowledge on all the best movies from the past decade. Big Potato just released the party game sequel you’ve all been waiting for. Blockbuster Returns, the sequel to the 2019 hit, The Blockbuster Party Game is now available at Target. 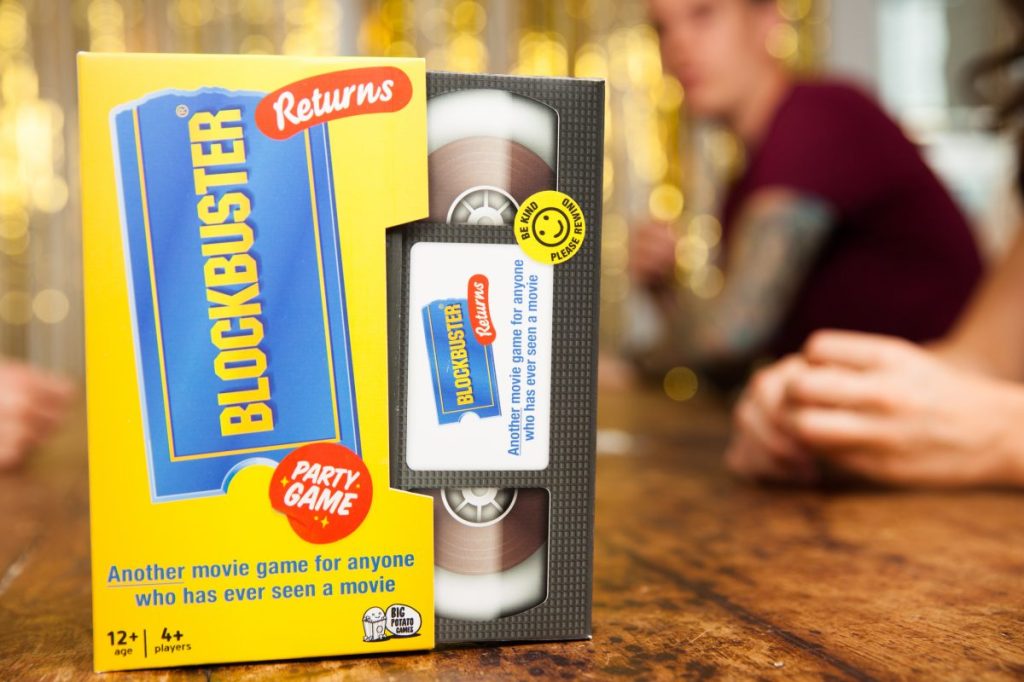 The game features four brand-new categories of Movie Cards (Heart Warmers, From Another World, Not for Kids, and Remakes & Reboots) and new Head-to-Head Cards. Don’t worry if you don’t have the original game. Blockbuster Returns can be played as a standalone or combined with the original game for more movie fun.

To play, open up your VHS box, flip open the gameboard, and split into two teams. First, face off in the Head-to-Head Buzzer Round. One player from each team tries to think of a movie title to match the description on the Head-to-Head category card (e.g. “Movies where someone got lost”) before the 15-second timer runs out, hitting the buzzer to put the ball back in their opponent’s court. The first person to run out of time loses this round. 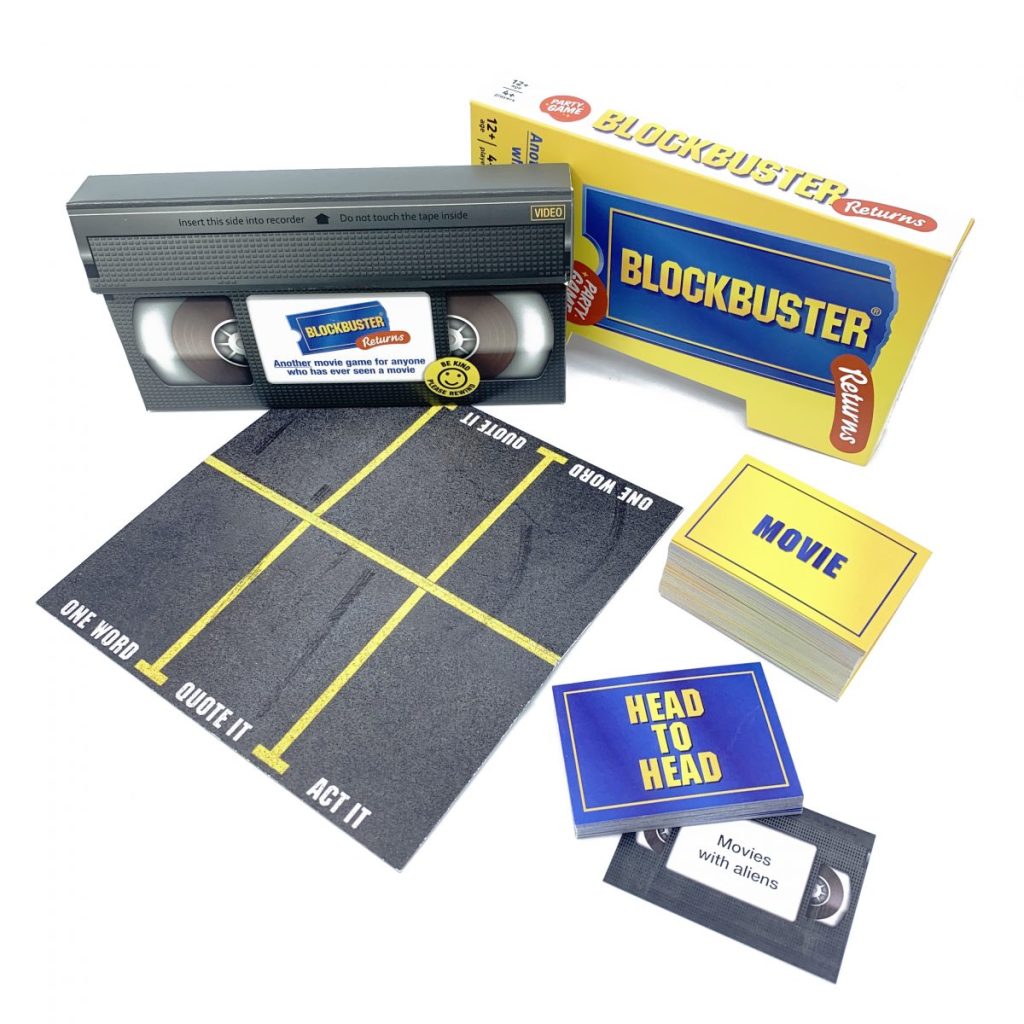 Next, in Triple Charades Jeopardy, it’s time to see how well you know your movies. Each player gets three Movie Cards and has 30 seconds to get their team to guess all the movies using one of three methods— using just one word, quoting a line from the film, or acting it out. When a team gets one right, they add the card to their collection. The first team to grab two cards from all four categories wins.

All photos courtesy of Big Potato