64 BIPOC Heroes Our Kids Should Know By Name

The odds are your kids have heard names like Benjamin Franklin and Betsy Ross in history class. This year, make sure your children know and appreciate some heroes from history and present day that deserve a standing ovation. From activists to actresses to incredible feats of heroism and patriotism, read on and click through the links to learn about more than sixty heroes who have changed the world, forever and for better. 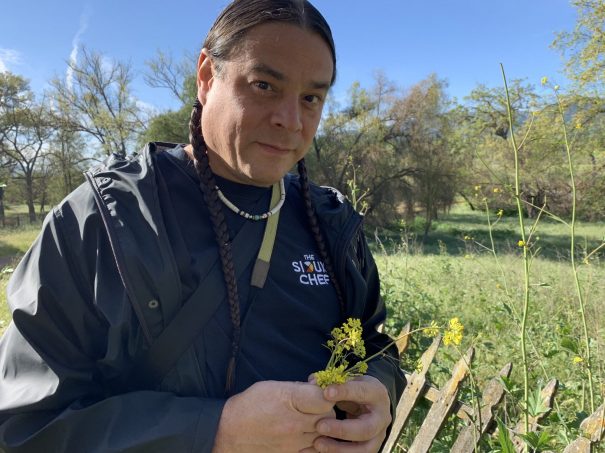 Perhaps you've heard of Sean Sherman aka The Sioux Chef who marries his passion for cooking with his rich heritage by raising awareness of indigenous food systems. As a member of the Oglala Lakota tribe, the work Sean does is deep-rooted in a sense of pride and connection to his people.

New Yorkers may recognize the name of the sculptor Edmonia Lewis, who was born in 1844 to indigenous parents—her father was African-American and her mother was a Chippewa Indian.Though many of her sculptures depicted prominent American figures, Edmonia never forgot her heritage, paying homage to both her African American and Native American origins in sculptures such as “The Arrow Maker” (1866) and “Forever Free” (1867).

Not many kids history books talk about the Haida peoples of the Haida Gwaii archipelago, located off the west coast of British Columbia. Their preservation of land and water are admirable environmental achievements. Having a deep respect for his mother’s heritage, Bill Reid dedicated much of his work in the arts to the Haida peoples. Bill created, alongside other native artists, a sculpture depicting the story of human creation as passed down by Haida legend, among others. His work in bringing awareness to and preserving the stories of the Haida peoples is remarkable.

Read more about these and six other indigenous heroes here. 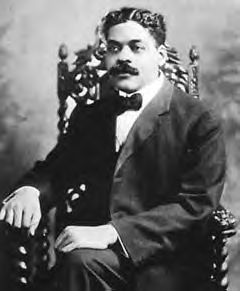 Arturo Schomburg was a writer, historian and activist. As a leader of the Harlem renaissance, Schomberg collected art literature and other artifacts belonging to people of African descent. In 1926 his collection was purchased by the New York public library, and today the Schomburg Center is a research division of the NY public library. With more than 11 million items in the collection, the Schomburg center is devoted to the preservation and exhibition of Black history, and the arts and culture of the African diaspora.

In 1862 during the Civil War, Robert Smalls commandeered a confederate transport boat freeing himself, his crew and their families. Later, Smalls was elected to the South Carolina House of Representatives. Robert Smalls was also instrumental in convincing President Lincoln to let free Blacks serve in the Union Army.

Learn more about these and 18 other Black heroes here. 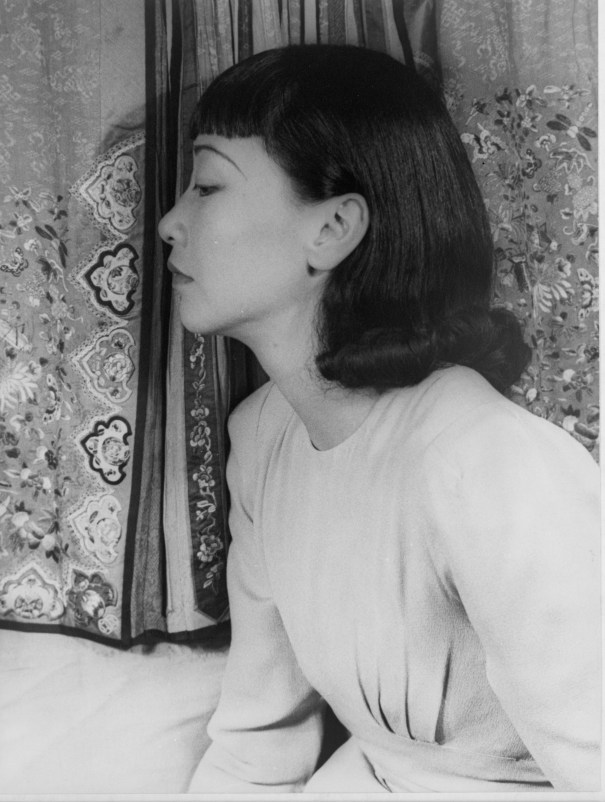 Kalpana Chawla was the first woman of Indian descent to go to space, having served as a mission specialist and primary robotic arm operator on the space shuttle Columbia. Sadly, Chawla was one of the seven crew members who died when the spacecraft disintegrated during its re-entry into the Earth’s atmosphere in 2003 following the space shuttle Columbia’s 28th mission. Chawla was posthumously awarded the Congressional Space Medal of Honor, and several streets, universities and institutions have been named in her honor. She is regarded as a national hero in India, where she was born in East Punjab, in 1962.

Widely regarded as the first Chinese American actress of Taishanese descent to achieve superstardom in Hollywood, Anna May Wong was born in Los Angeles in 1905 and started acting at an early age. Her varied career spanned silent films, the first color films, television and radio. Although many of her early roles played into ethnic stereotypes, Wong was a vocal advocate for greater representation of Asian Americans in film and television, and she gained both critical and popular acclaim for her international acting roles. Wong famously lost the leading role of the Chinese character O-Lan in the film adaptation of Pearl S. Buck’s The Good Earth to German actress Luise Rainer, who played the role in yellowface and went on to win the Academy Award for her portrayal.

Although Haing Somnang Ngor trained as a surgeon and obstetrician in his native country of Cambodia, he is best known for winning the Academy Award for Best Supporting Actor in 1985 for his debut performance in the film, “The Killing Fields,” in which he portrayed Cambodian journalist and refugee Dith Pran. Ngor is the only actor of Asian descent to ever win an Academy Award for Best Supporting Actor, and only one of two non-professional actors to win an acting Oscar. Born in Takeo Province, Cambodia, in 1940, Ngor survived the horrors of prison camps under the Khmer Rouge. Ngor harrowing accounts of torture and losing his wife during childbirth in Pol Pot’s prison camps, as well as his subsequent journey to the U.S. as a refugee, are told in his autobiography, Haing Ngor: A Cambodian Odyssey.

Read up on these and 13 other amazing Asian-Americans here. 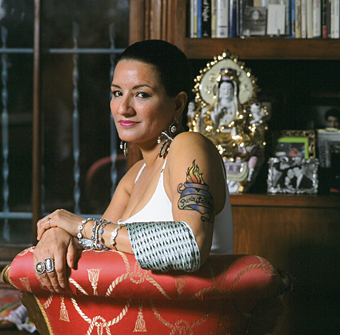 Sandra Cisneros is a writer best known for her book The House on Mango Street. She is generally acknowledged as the first Mexican-American writer to be published by a mainstream publisher. She is a key Chicana literary figure both in Texas and among the Mexican diaspora.

Cesar Chavez is best known as the civil rights activist and labor leader who co-founded the National Farm Workers Association with fellow activist Dolores Huerta. His work led to the passing of the California Agricultural Labor Relations Act of 1975, which granted farmworkers the right to collective bargaining. In 1994 he post-humously received the Presidential Medal of Freedom.

Read up on these and 14 other Latinx activists, artists and astronauts you should know about here. 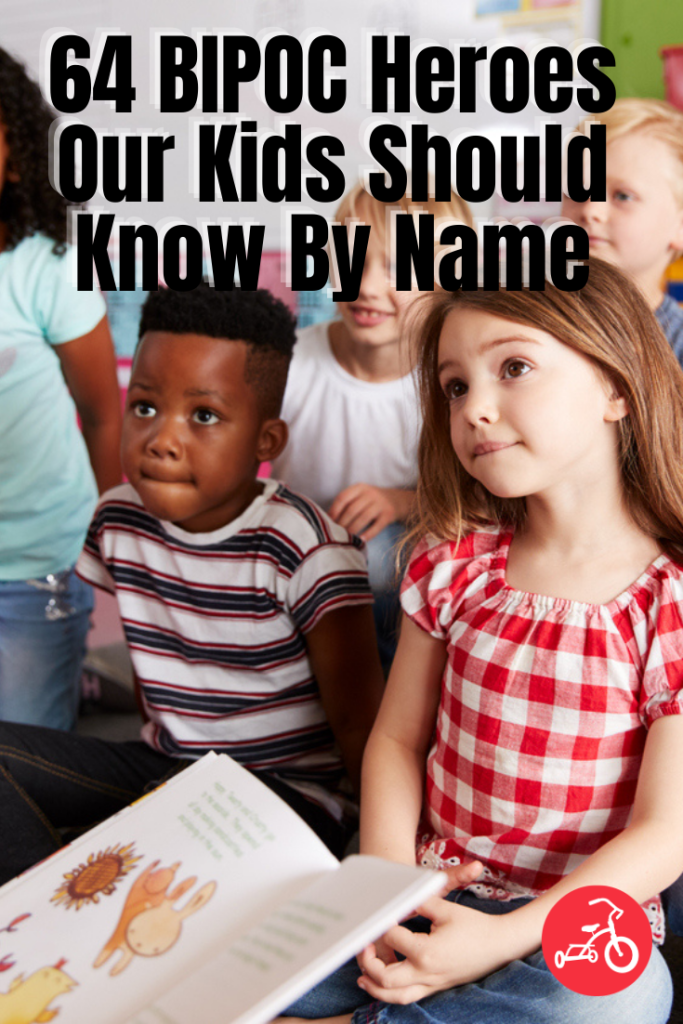 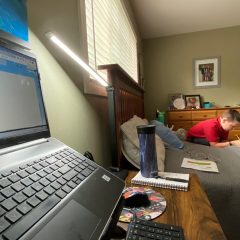 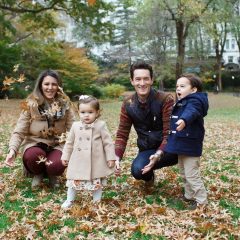 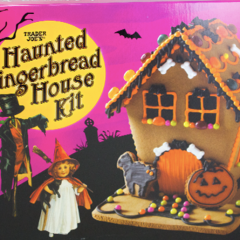 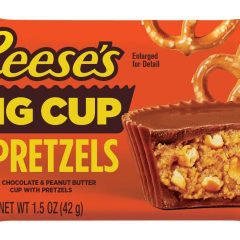 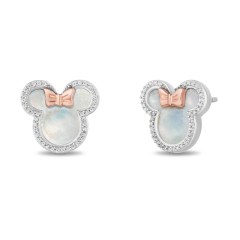