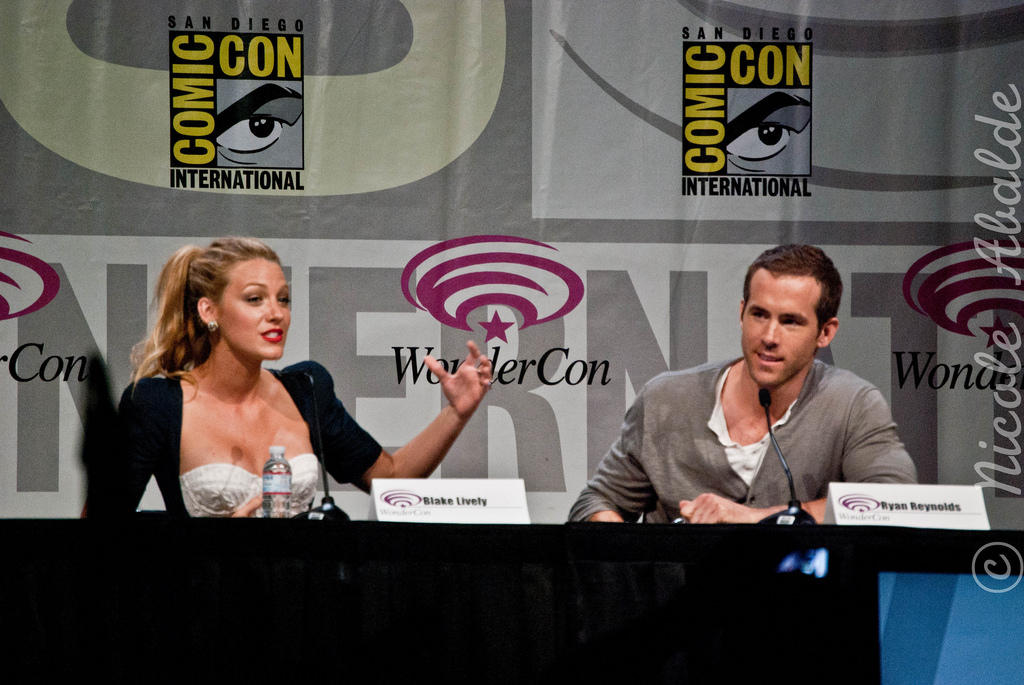 Blake Lively just threw hubby Ryan Reynolds under the bus in the most hilarious way. In an interview for Glamour magazine’s August cover story, Lively said her Deadpool-starring beau’s funny Twitter quips about their two daughters are totally fake.

“He may as well work for the Enquirer,” Lively told the magazine. “When he says ‘my daughter,’ he’s never, ever talking about her. Everything is a completely made-up scenario. He’ll run them by me sometimes just to make me laugh. But oh, I’m so in love with him when he writes that stuff.”

Of course,  it doesn’t really matter whether they’re real or not; Reynolds fans love him just the same (notice the 60,000+ retweets and 326,000 likes). Plus, some of the one- or two-liners are pretty obvious in their absurdity:

Others are just mostly baloney:

Just the same, Lively told Glamour that Reynolds is an amazing role model for their little girls.

“I’m lucky to have someone who is so conscious,” she says. “My husband was like, ‘Why do I always say he?’ And I said, ‘That’s what we’re taught.’ So he’ll pick up, like a caterpillar, and instead of saying, ‘What’s his name?’ he’ll say, ‘What’s her name?'”

Are you a Ryan Reynolds fan? Tell us in the comments below.