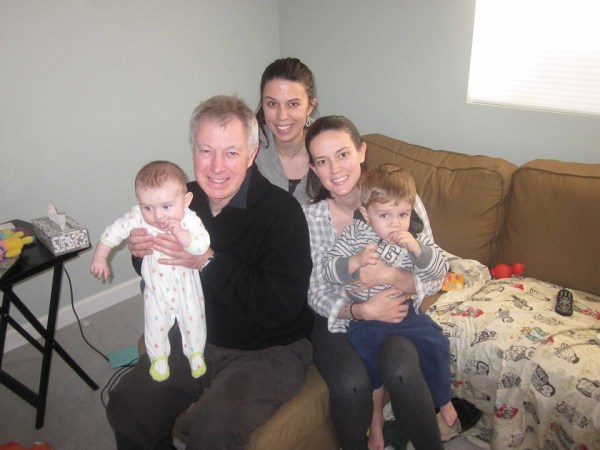 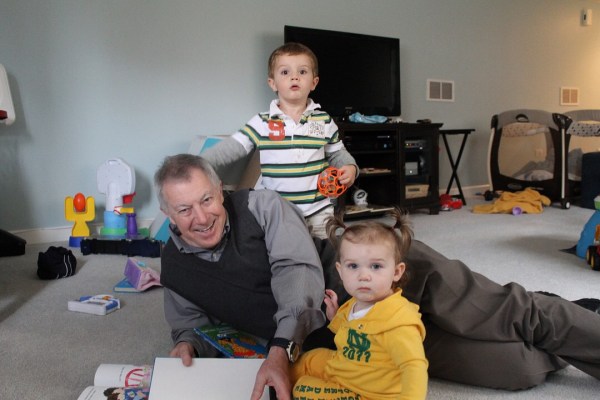 I have been thinking about writing this story for a long time, but haven’t had the wherewithal to go ahead and put pen to paper, or fingers to keyboard, whatever, you know what I mean. So here goes…

I have very little cancer in my family compared to so many stories I hear about lineages riddled with various cancers. Three of my grandparents have passed away, none from cancer. I have 7 biological aunts and uncles over the age of 50 and only one has been diagnosed with cancer and he is still very much alive and kicking. I have have 12 cousins and only 1 has been diagnosed with cancer and she is also alive and well and is also my spirit animal.

Almost 4 years ago, my very healthy 64 year old marathon running, non-smoking dad was diagnosed out of the blue with Stage IV esophageal cancer after he felt he couldn’t get Thanksgiving dinner down his throat. It was a nightmare of a shock. His tumors were inoperable so it was decided he would be treated with aggressive chemo.

It wasn’t long until he needed a feeding tube, as his throat had been squashed shut by the tumor. Pretty much from Thanksgiving 2012 on, he never enjoyed food again. He went from being so very vital as a beloved college professor at Boston University, to being fed liquid goo by a tube into his stomach and was attached to a chemo pump that he carried around on his belt.

My dad was a complicated man, so many things to so many people. He wasn’t perfect, but he was mine and my sister’s and we loved him fiercely no matter what. He gave me my sense of humor and, though I didn’t really know it until I started this blog, my desire to write. Though it was very difficult for him to express, we knew he loved us and his grandchildren, with every inch of his being.

By spring of 2013 he was in heavy treatment and certainly suffering the consequences (how much we didn’t understand-more on that later), but he was surviving.

On June 19 we found out the gender of the baby I had been cooking in my oven. It was a boy. My dad and I both speak Italian which we each learned as adults and were emailing back and forth trying to think of an Italian boy’s name that ‘matched’ our existing children, Luca and Cecilia. He was so dry and funny that I would email him a name like Matteo and he would just write back ‘hate it.’ So him. This went on and on until I wrote Enzo. He wrote back something like, ‘interesting, let me do some research.’ He came back to me with a list of cool people named Enzo. We put it on the maybe list.

Less than one week later on June 25, 2013 my sister and I got a call from Boston that he had gone to the local ER with a really bad headache. They had scanned him and saw that he had a massive brain bleed and was being transferred by ambulance to Dana Farber for emergency brain surgery. We were told to get on a plane.

This is the last correspondence I had with my dad. He sent me this email the morning of June 25 before he went to the hospital with a ‘headache’.

Within hours we were on a plane headed to Boston (through those terrible storms he mentioned in the above email. It was a miracle we got on the only flight leaving Chicago for Boston that whole night). We landed close to midnight and went straight to the hospital in a creepy taxi. He had made it through surgery, but no one was sure what would come next.

Many things happened, both promising and grim, within the next 12 hours, but at 10am, we were told he was brain dead and this hemorrhage was ‘unsurvivable.’ Four of his five siblings and his mother made it to the hospital around the time we took him off life support. He was gone by noon.

This photo was taken as he took his final breaths. I have never shared it with anyone outside of my immediate family before.

We knew he was terminal as a Stage IV esophageal patient, but we didn’t see a deadly brain bleed coming from a mile away. He was headed towards death. We knew that. But we thought we had more time. The only silver lining is that he had always been fascinated by brain surgery. Always would find a procedure on some weird local access TV channel, would read books about it. My sister and I know he would have preferred to die following a massive, intricate emergency brain operation, performed by a top neurosurgeon, than from stupid cancer.

Speaking of silver linings, I am incredibly relieved that my dad never had to know that I now have cancer. He would have taken it very poorly. I am his baby. Now that I have children, I have an idea what that must feel like as a parent. I hate that my mom has to watch me walk through this. It must be an unbelievable mental burden for her. In a way, my dad lucked out from the anguish of watching your child suffer at the hands of this disease.

What does get me, though, are the parallels that I am now able to draw between our battles with cancer. His was much, much worse both in prognosis and treatment, but now that I have gone through chemo, I have a totally different perspective on what he must have been dealing with. I had 4 rounds of chemo and my drugs were not even the ‘bad ones.’

He had all the ‘bad ones,’ plus he had infusions in the hospital as well as a chemo pump attached to his body for days at a time, around the clock. And a feeding tube, and all of the other side effects of slowly fading away as he marched toward the end.

Now that I have gone through cancer and its treatments, I have a special sympathy for him that I cannot reconcile because he is gone. I feel more connected to him in so many ways through our shared experience and he is not here. I want to hug him harder and thank him profusely for valiantly fighting so hard, which I know he did only for us, but I can’t.

We share the pain of cancer except he cannot commiserate with me. I have to pray that he is somewhere nearby, lifting my chin, looking me in the eye and telling me he is proud of me.

Posthumously, he is holding my hand and saying, “I know exactly how you feel.” This void may, in fact, be the hardest part of cancer for me to deal with. The one person who would relate in a way no one else can, both as a fellow cancer patient and my father, isn’t here to walk beside me. Though I am surrounded by love, this absence sometimes makes me feel very alone.

My third child was born on October 31, 2013, 127 days after my dad passed away. People ask us all the time how we chose his unusual name. I always tell them that it is too long and complicated a story to get into.

That child’s name is Enzo.

This photo was taken the morning he died. The baby was still quite small so I didn’t feel him move much, but while dad’s hand was on my belly, the baby gave one, strong kick right into his hand. 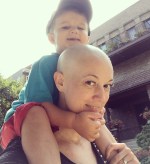 ABOUT THE WRITER Grace Lombardo
Grancer

Grace Lombardo is the mom of 3 young kids, a birth doula & childbirth educator. She was diagnosed with breast cancer in April 2016 and has started a blog to help others understand what cancer treatment is like from the inside out #GRANCER. Grace + Cancer = Grancer, our celebrity name, duh.
MORE FROM Grace:
Bald, Dear Mr. Hemsley, Making The Cut
Red Tricycle > Spoke Contributor Network > Bond From Beyond