Break Out Your Fancy Pens, Cursive is Making a Comeback 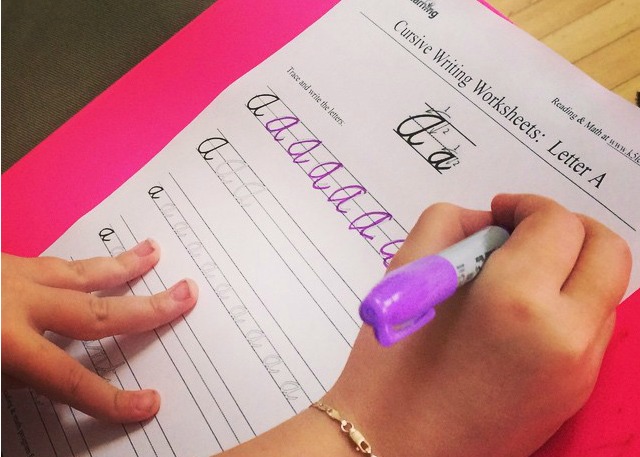 No one can pinpoint the exact year cursive writing was phased out of classrooms, but for New York State Assemblywoman Nicole Malliotakis, the moment it became a problem was when she realized young voters had no idea how to sign their own names. Keep reading to learn why things are suddenly changing for this old school method.

Teaching cursive writing in school has become nearly nonexistent in the last decade. Between many believing it to be a waste of time and the Common Core guidelines making no mention of it whatsoever, an entire generation of kids has grown up without learning how to make those fancy, swirly letters. The handwriting style is suddenly making a comeback however, with states like Alabama and Louisiana passing laws to make cursive writing proficiency mandatory.

While detractors argue that cursive is an outdated skill that wastes teaching time, supporters say that it’s still an important lie skill to have — especially when it comes to learning to write your own signature. Malliotakis told the Associated Press that students who never learn cursive won’t be able to read historical documents, “If an American student cannot read the Declaration of Independence, that is sad.”

Do you think kids should be taught cursive writing? Share your thoughts in the comments!

Red Tricycle > Uncategorized > Break Out Your Fancy Pens, Cursive is Making a Comeback