Now you can bring the magic of the Build-A-Bear Workshop to your door with the new Cubscription By Build-A-Bear.

Build-A-Bear Workshop just launched its first ever subscription box to deliver kids a new furry friend and plenty of other exciting new items. The Cubscription Box delivers a new stuffed animal every season (four times a year) and each shipment also contains six to eight exclusive Build-A-Bear items that you can’t get anywhere else. 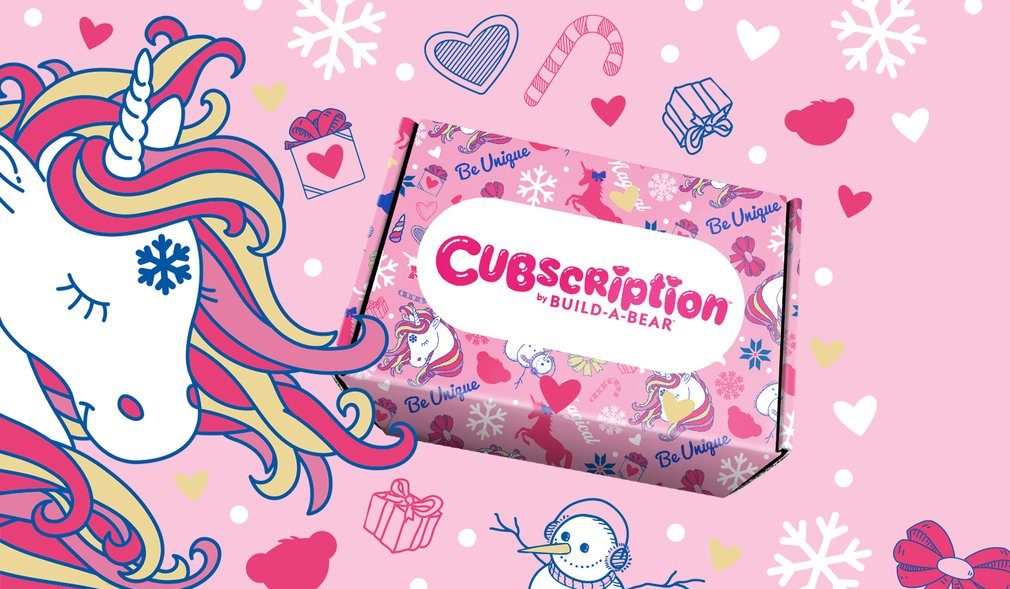 You have two subscription options to choose from. For the quarterly plan you pay $29.99 plus shipping and handling for each new box that’s delivered. You can also sign up for the annual plan, which is still $29.99 plus shipping and handling per box, but you pay for a full year up front and receive a fifth Birthday Box delivered for your little one’s special day in 2020.

The first box features a winter theme and ships in early December, perfect for a holiday gift. You can learn more and subscribe here.