Is Build-A-Bear Workshop Coming to Your Local Walmart?

Get ready for some serious toy shopping! Yes, we know—the holidays are on the horizon. But before Santa’s wish list makes its way to the North Pole, there’s something you should know. Build-A-Bear Workshop is at Walmart and it’s totally going to change the way your kiddo views shopping at the big box retailer.

Build-A-Bear is expanding well beyond just malls. In August, the brand made its way to Walmart stores across the country, in the footwear aisle. (You may have noticed a BAB Workshop slipper line from Esquire Footwear at your local Walmart store.) Oh, but that’s not all—far from it! 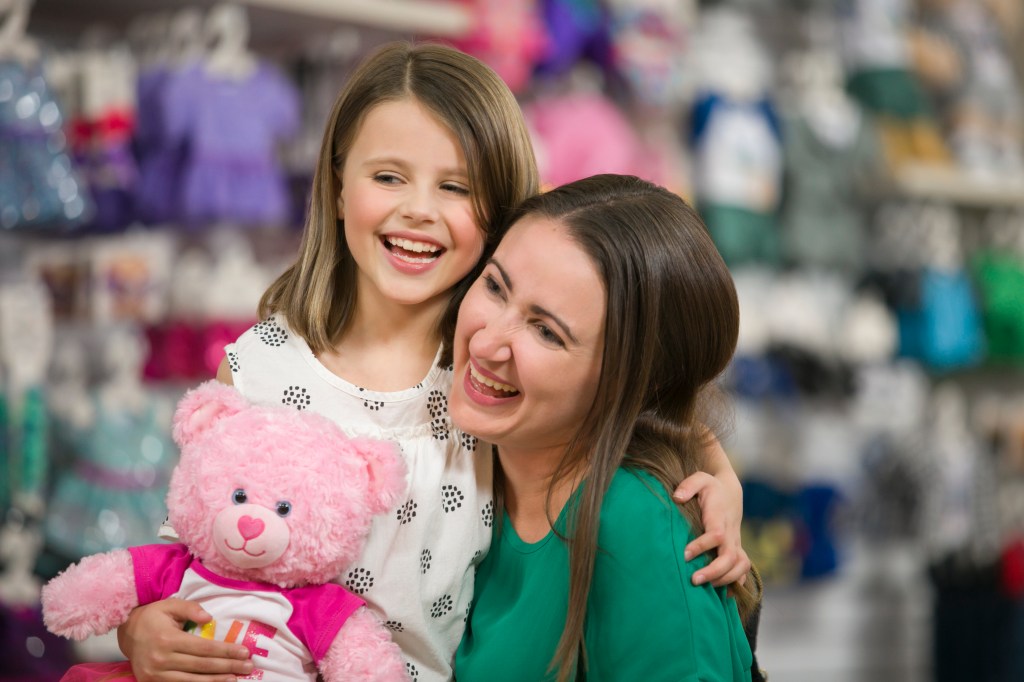 You can also get the Just Play D-I-Y Build-A-Bear Rainbow Bear and Pink Kitty plush sets and the Just Play mini Build-A-Bear Workshop plush blind-box collection at Walmart. The Rainbow Bear and Pink Kitty sets include a 10-inch bear/kitty (depending on the set), stuffing, a heart locket, a fashion outfit, accessories and a birth certificate. Like the in-store bears, your kiddo can stuff and dress their cute, cuddly creation.

The mini blind-box collection includes a series of four-inch plush characters. Each character comes with a BAB condo that your little artist can color.

Select Walmart stores will have more than just bears to build on their shelves. Walmart retailers in six locations are part of a special pilot program that brings actual full Build-A-Bear Workshops into the stores! Lucky shoppers in Phoenix, Arizona, Dallas, Texas, Daytona Beach, Florida, and the cities of Stockton, Riverside and Victorville, California are the first stores that are part of this pilot program—fingers crossed, it expands to more Walmarts across the country!

The Hottest Holiday Toy Exclusives You Can Only Get at Target, Amazon & Walmart