Cancer – We’re Done with You! 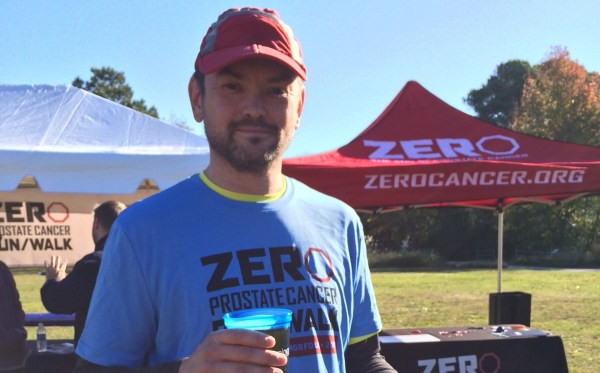 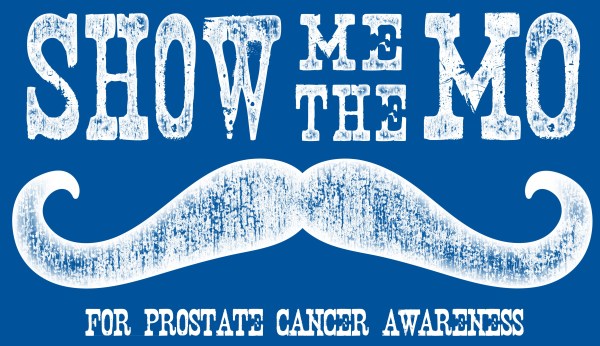 In honor of Movember, and in an effort to bring attention to men’s health issues, I wanted to share how Prostate Cancer and cancer in general has affected my life. This article has been challenging for me to write, I am not sure if it is because it is such a big topic and it is a pretty emotional to put it into words or if it is that I have so many thoughts about it, that I am not sure how to narrow it down. Probably a little bit of both. Naively, I never thought it would happen to us, but of course I was wrong.

Prior to 2014 my life was cancer free, my first interaction with cancer was when my mom told me she had lung cancer, luckily it was detected early and with surgery it was removed and she is now cancer free. After that incident, I felt that was as close as I really needed to get to cancer. Then in September of 2014 we found out my husband, Andrew, had Prostate Cancer. This was discovered after he had been back and forth to doctor appointments all year long, which began because he was unable to urinate while we were traveling in Hawaii in January of that year, appointment after appointment, taking one medication after another, finally to have a doctor take a biopsy of his prostate to learn what was going on and why his issues wouldn’t stop. Luckily, similar to my mom, my husband’s cancer was found early, the cancer detected was small but treatment was challenging because he is in his early 40’s and his options had a bigger effect on his life than they would if the cancer would have been found when he was older, like in his 70’s or 80’s which is more common. In the end, he had his prostate removed which took care of the cancer. After months of recovery, the doctors gave Andrew the all clear to continue with our plan to travel around the country in our camper – something we had been planning way before cancer ever showed up in or lives. We traveled, cancer free for 9 months with our girls and lived an amazing adventure. Then we came back and at my husband’s first follow up appointment with his doctor after the trip, the doctor determined something was not right. After some uncomfortable procedures and out-patient surgeries we found out that Andrew now had urethral cancer. Seriously, Cancer – can you give us a break?

When we found out about the Prostate Cancer there was so much research and information to learn about it, it’s one of the most common cancers out there. Urethral Cancer – not so much. In fact, Urethral cancer is rare is the most rare of all urological cancer. The doctors said that there are volumes of medical documents on Prostate Cancer and maybe four pages on Urethral Cancer. The summer after our trip consisted of more doctor appointments and surgeries. The last surgery, in September was the last one, for now, that removed the cancer they found. The doctors are hopeful, but not 100% certain that all the cancer was removed and Andrew will go back after Christmas and every three months moving forward to have his urethra checked for any more of those nasty cancer cells. My wish for Christmas is to have my husband 100% cancer free and to have an uneventful and healthy New Year.

Hopefully this article will be read by both men and women, but likely it will be read by a few more women than men. So for anyone reading this if you are a man or if you have a man in your life, husband, partner, brother, father, anyone with a prostate, if they can’t pee, they should talk to a doctor, if it’s difficult to pee, if there is blood in the pee or it hurts when they go, these are signs that there might be a problem. These problems were not going away with all the help the doctors were giving my husband, so they did the biopsy and found cancer. Luckily, all this was found early and surgery has been all the treatment he has needed, hopefully we are at the end of this cancer journey and we can go on living healthy, normal lives.

What I have learned about cancer through this journey is that cancer doesn’t really care what you have planned, it doesn’t care if you do everything right either. You can be super healthy, eat right, exercise and take your vitamins and cancer can still find you. You can be completely average, minding your own business and it’ll find you.  It doesn’t care if you have kids and a family and if you really don’t have time. When cancer comes around it takes center stage and you live your life around it. These days we try and incorporate the foods that are found to fight cancer and inflammation and try our best to keep stress levels down (which is challenging), but in the end we just try and live our best and happiest life, because cancer really doesn’t give a shit what you do, it will find you if it wants to. And with that in mind, we will continue to fight it and cherish each day, say our prayers and eat our vegetables and hope that our journey with cancer is behind us.

ABOUT THE WRITER Kathy Gorohoff
Attento

I am a mom, a writer, traveler, runner and yogi.  I love the outdoors and am adjusting to re-entry from 9 months traveling in a truck camper around the US and Canada with my family. I am excited to share my travels, stories and perspectives on parenting in the city.
MORE FROM Kathy: