Pop Open a Can of Pinot: Canned Wine Is Here to Stay 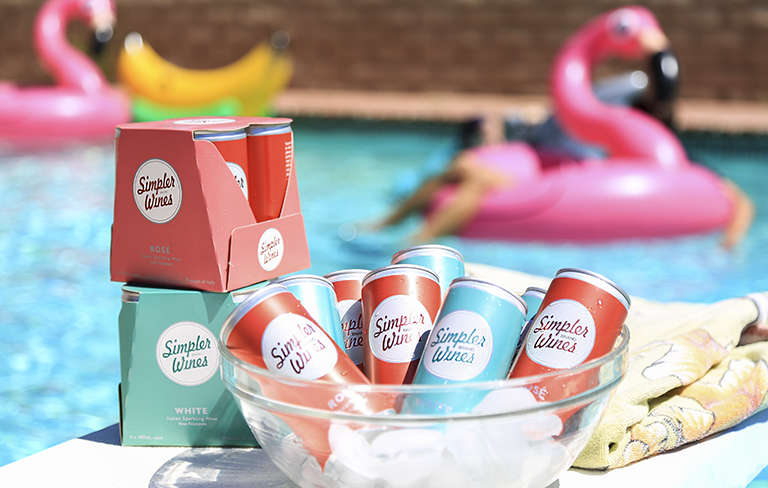 If you’re the sort of person who likes to have a glass of wine at the end of the day but can’t finish a whole bottle in one sitting, canned wine is going to be your new best friend.

And it’s OK. Unlike boxed wine (which has been relegated to fraternity and sorority parties everywhere) canned wine is winning us all over. According to Nielsen research, there’s been a 125.2% increase in sales of the stuff, with canned wine sales skyrocketing to $14.5 million in 2016, up from $6.4 million the previous year.

What’s the appeal? Mostly, fans say, it’s the price (Trader Joe’s Simpler is $4 a four-pack!) and the portability (you can take a few cans in a to-go bag and call it a night). But also: Cans don’t break, they stay cool longer — and you don’t have to pop open a whole bottle only to drink a glass.

“It’s one-stop shopping as you don’t need a wine opener, glasses or bottle, just the can,” publicist Carly Haller told USA Today. “It’s also a perfect portion, so everyone can buy whatever kind they like and have enough for a couple of glasses worth.”

The idea isn’t entirely new. Francis Ford Coppola first offered wine in a can when it released the “Sofia Mini” fizz in 2004. But it is only recently that Americans have really started to guzzle down the idea that wine à la can isn’t a totally wrong proposition.

Even wine enthusiasts say canned wines are actually pretty good. They’re not the wines you want to age for decades in your wine cellar, but if you want something fun and refreshing to put in the cooler for your Fourth of July festivities, you can’t go wrong.

Have you tried canned wine? Tell us your thoughts in the comments below!

Red Tricycle > Uncategorized > Pop Open a Can of Pinot: Canned Wine Is Here to Stay