Cards Against Humanity for Parents Is THE Must-Have Stocking Stuffer 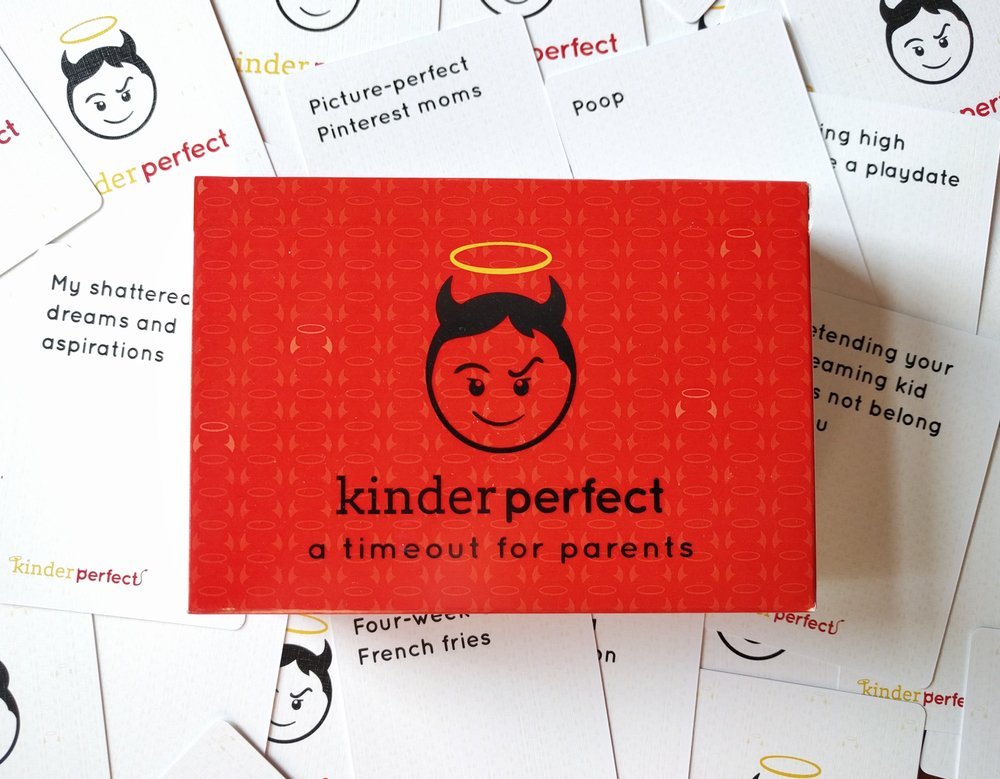 Pour some wine and put the kids to bed because this brand new game night must-have is for parents only. Just in time to fill your best mom friend’s stocking, this parenting-themed party game is going to be epic.

For the uninitiated, Cards Against Humanity is a game where the entire objective is to create the most awkward, cringe-inducing moments using prompts written on cards. Parenting offers a plethora of those special moments, so it’s kind of a no-brainer that the two should come together. KinderPerfect is the name of the game, and while it isn’t actually affiliated with Cards Against Humanity, it was designed by a couple who love playing the game and decided to put their own parental spin on it. 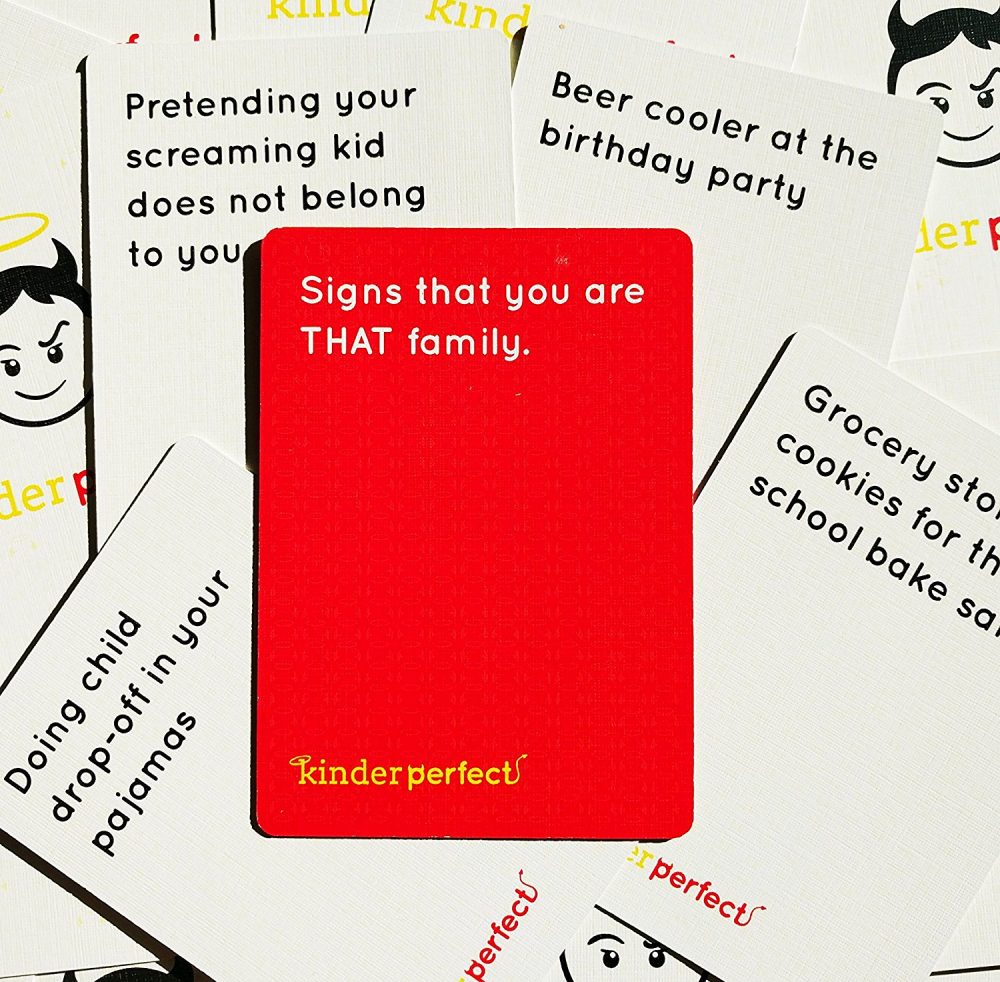 Amy and Wayan Vota were big fans of game night with Cards Against Humanity, but felt that it didn’t reflect their life as parents so they decided to create their own cards. The game play is the same as Cards Against Humanity, but with prompts like, “Why does mommy drink?” and “What is smeared on the wall?” instead. They accumulated so many of their own cards, and ones created by their friends that they started playing just with those cards and KinderPerfect was born. They went on to launch a Kickstarter and collected over 8,000 card suggestions from hundreds of real parents in order to create a real card set.

The newly expanded card deck is now available to pre-order through their site and it will ship on November 20, just in time to be the perfect remedy to all the excitement of holidays with kids.

Are you a fan of Cards Against Humanity? Share your thoughts in the comments below.