What could be more amazing than an 800-foot long thrilling rollercoaster ride? How about one that you can ride on while you’re over the ocean! Carnival Cruise is set to debut the first roller coaster at sea—and we have all the exciting deets for you thrill-seekers out there.

The one-of-a-kind roller coaster will be featured aboard the the 5,200-passenger Carnival Mardi Gras, set to weigh anchor in 2020. The 800-foot long coaster named BOLT will reach 40-miles per hour with loads of twists, turns and drops. 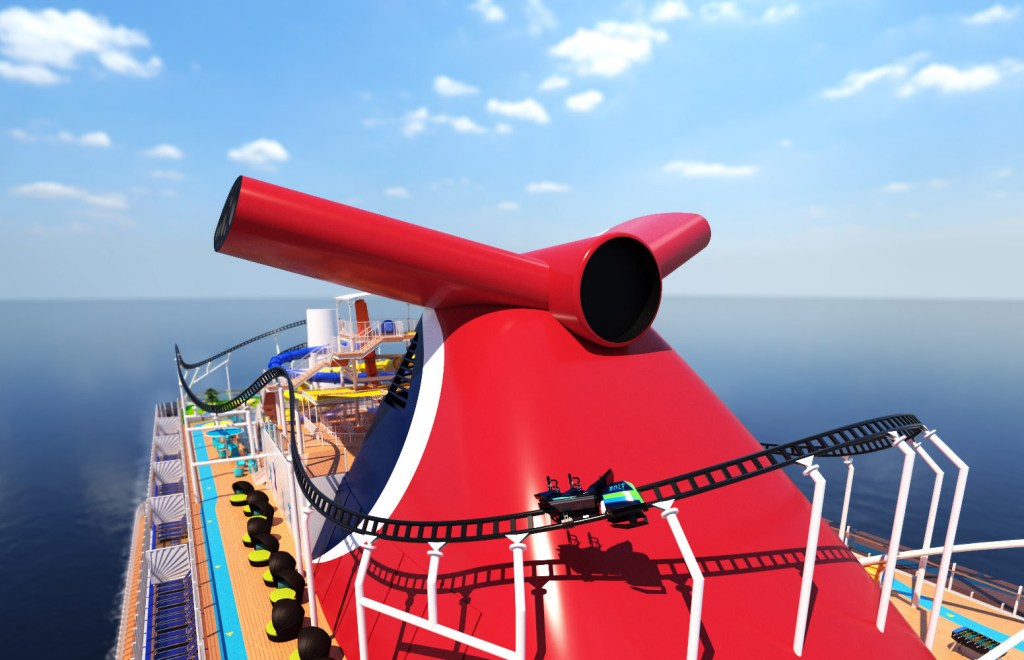 Compared to land-based roller coasters—which can reach speeds of 100 miles per hour—this ride might not seem as groundbreaking; but when you consider that the track, suspended 187 feet above sea level, will feature the only ocean view of its kind, suddenly speed isn’t the sole selling point. A very unique twist will also allow riders to actually control their speed themselves, allowing them to slow down if they want to take a little more time to enjoy that view as they go.

“It will be a thrill ride,”Carnival president Christine Duffy told USA TODAY, “We think it’s a really cool innovation for Mardi Gras, which will have a lot of new guest features and experiences that we have not done before.”

The Mardi Gras, which will be based in Port Canaveral, Florida, will be the sixth-biggest cruise ship in the world and the biggest vessel ever for Carnival.

The Most Awesome Roller Coasters in the States