If you have a vocalist in your family that dreams of belting it out in a car with James Corden, then you’ll be excited to learn that you can now play Carpool Karaoke at home thanks to one awesome new toy.

CBS, home to The Late Late Show with James Corden, and his hilarious “Carpool Karaoke” segment, has teamed up with The Singing Machine Company to create the Carpool Karaoke: The Mic so that you can enjoy your own version while you commute. 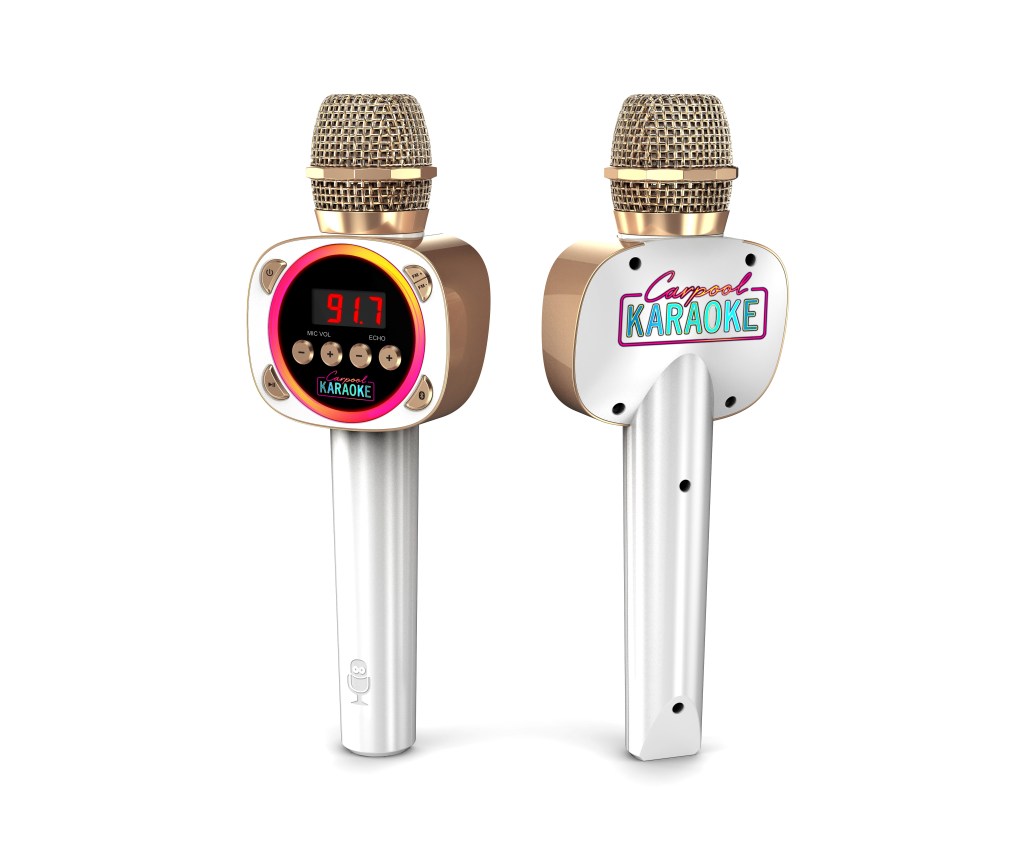 The Mic connects to your car stereo via Bluetooth and enables your voice to project from your car speakers so that you can cruise down the street to the beat of your own vocals. The Mic can also stream karaoke music from a variety of apps, like Spotify, Pandora or YouTube, so that you can have your back-up tunes blasting along with your vocals.

“From The Late Late Show segments to the stand-alone series, Carpool Karaoke is known and loved around the world,” said Veronica Hart, EVP, Global Franchise Management, CBS Consumer Products. “We’re thrilled to partner with Singing Machine to enable fans to personally experience the joy and fun of the show on their own – at home or while stuck in traffic with friends.”

The Mic, which retails for $49.99, will be available for purchase sometime this summer, just in time to put the top down and go for a musical drive.

James Corden Had a Surprising Name for His First Child

“Baby Shark” Get Its Classiest, Most Star-Studded Rendition Yet