After 16 years in her Las Vegas residency, Celine Dion took the stage for her last concert at Caesars Palace where she was joined by three very special guests: her three sons.

For the last show of her residency Dion paid a very special tribute to her late husband René Angélil singing “Somewhere Over the Rainbow.” As she completed her final song her three sons, René-Charles, 18 and twins Nelson and Eddy, 8, joined her on stage carrying flowers, which they handed to their mom.

“I’m both proud and humbled by what we’ve accomplished at the Colosseum since we began 16 years ago when René and I first shared this dream. This entire experience has been a huge part of my show business career, one that I will cherish forever,” she said. “I have so many people to thank, but the most important ‘thank you’ goes to my fans, who gave us the opportunity to do what we love.”

These Celebs Can’t Contain Their Parent Pride Over Graduation 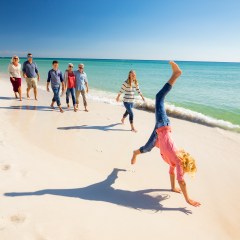