Get Lost in The Goodman Theatre’s “The Jungle Book”

Tap dancing monkeys. Joke-cracking vultures. Marching elephants. If that sounds like your kind of fun, you’ll go wild for The Jungle Book, the world premiere musical on stage this summer at The Goodman Theatre. It’s an original show by Tony Award-winning director Mary Zimmerman and based on Rudyard Kipling’s 1894 collection of stories set in the Indian jungle. Fans of Disney’s 1967 animated film version won’t be disappointed, either. The Adventure
You know the story: A boy is discovered in the jungle by a pack of wolves and embarks on a journey, living among the animals and dodging a nefarious tiger as he learns about friendship, loyalty and innocence lost. The Goodman’s version is a more lyrical, mature retelling than what you get from the Disney flick. It weaves poetry with traditional Indian dance and lures you in with creative costumes that let the animals be human, not caricatures. With that in mind, we recommend it for ages five and up.

Young audience members will love getting lost with Mowgli, the “man-cub” played with playful feistiness by 10-year-old Akash Chopra. Mowgli’s animal friends creep, bounce and slither about that stage (sinewy serpent Kaa first surfaces as a long, plush puppet) as the backdrop morphs from one bright display of jungle fauna to another. Guided by wise old panther Bageera and loveable bear Baloo, Mowgli rebels against putting down roots in the “man village” while being pursued by tiger Shere Khan. The Music
You’ll be looking for the “Bare Necessities.” And it’s there in all of its silly, jovial glory, sung by Baloo and Mowgli. Even more fun-loving is “Colonel Hathi’s March,” which introduces elephants, some dressed in red military jackets, that keep step to the rhythm of trumpet and drum.

Other songs feature sitar and tabla players. The musicians on stage are backed by a live orchestra, which rarely takes a break, even springing to life during melodic original poems by Mary Zimmerman and Rudyard Kipling.

The real highlight is “I Wanna Be Like You,” the rip-roaring closer of the first act. It’s sung by the jungle monkeys, who screech and do acrobatic stunts while befriending young Mowgli. The primate bunch is led by King Louie, played by Andre DeShields, whose booming, blues-y voice brings the house down. The Events Around Town
The Goodman is teaming up with community organizations to host Jungle Book-themed events across Chicago. On July 11 at 6:30 pm, various Chicago Public Library locations will present The Jungle Book Story Time, featuring actors accompanied by dancers from Kalapriya Center for Indian Performing Arts. And on July 23 at 6:30 pm, the Millennium Park Film Series will roll out a screening of Disney’s The Jungle Book at Pritzker Pavilion. For more information on these events, click here.

The Jungle Book runs through August 18. For show times, go to goodmantheater.org. Tickets are $30-$125.

Will you go to see The Jungle Book? Let us know in the Comments section below. 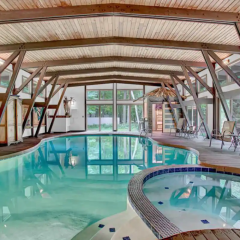 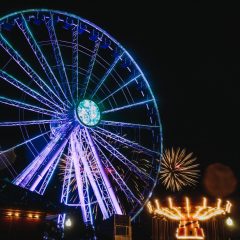 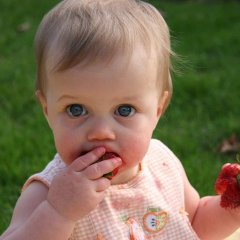 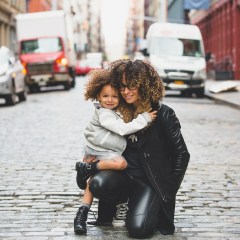 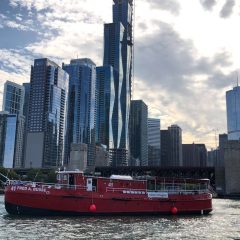