You don’t have to take a trip to the mall’s food court to get the cinnamon-y goodness of Cinnabon. Kellogg’s Cinnabon Bakery Inspired Jumbo Snax bites have the classic taste of the ooey, gooey buns, in a convenient travel-friendly pouch. 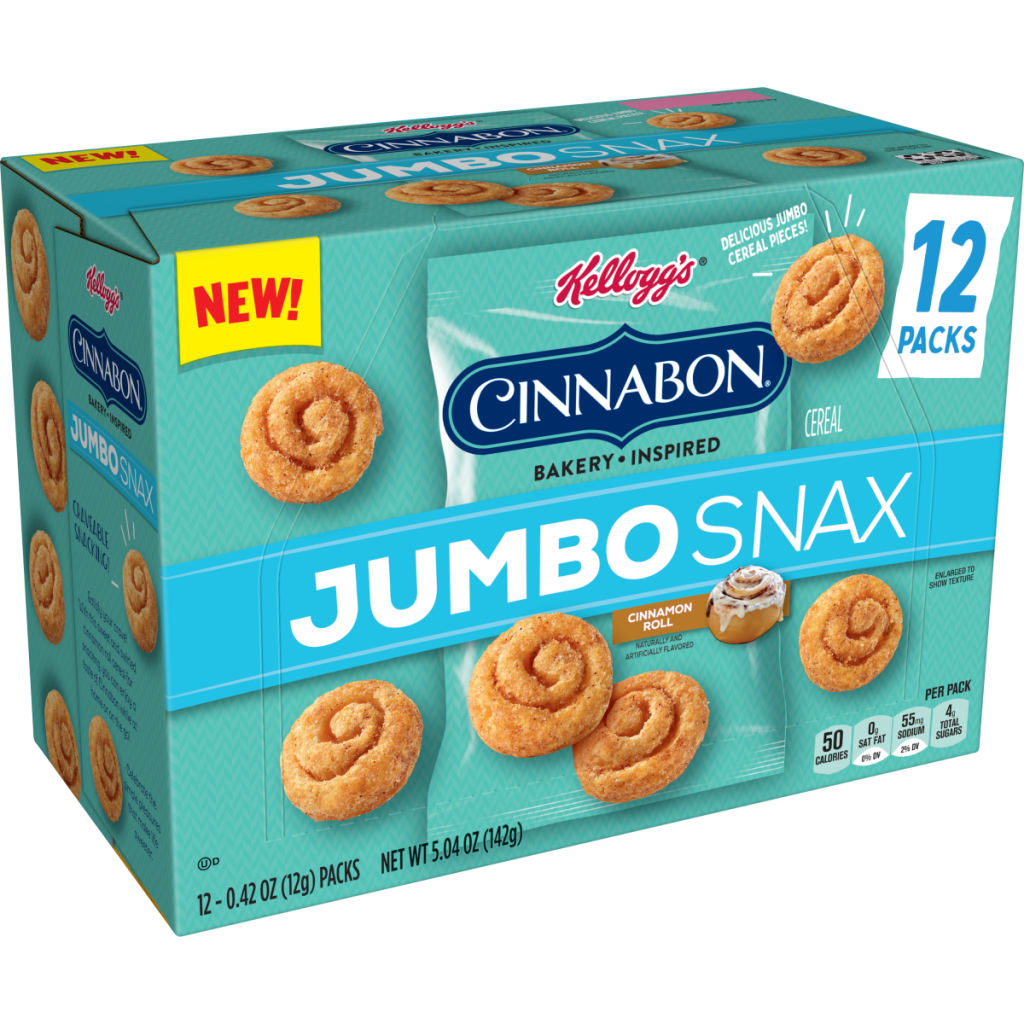 Along with the new Cinnabon and SMORZ flavors, look for other Jumbo Snax varieties in the cereal aisle, including Fruit Loops, Corn Pops, Frosted Flakes Tiger Paws, and Apple Jacks. Find Kellogg’s Cinnabon Bakery Inspired Jumbo Snax in retailers nationwide starting this April for the suggested retail price of $5.49 for a 12-pouch multipack.