If you’re a die-hard Cinnamon Toast Crunch fan, you’ve probably dreamt of all the ways you can incorporate the cinnamon-y goodness into other foods. Now, some of those ideas are a reality! 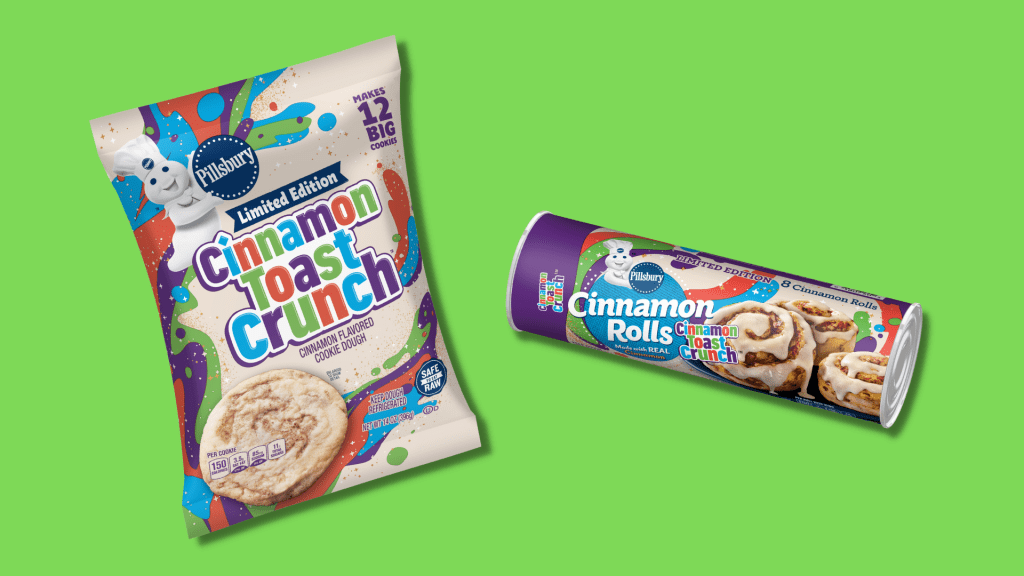 Cinnamon Toast Crunch Cookie Dough is the perfect mixture of sugar cookie with Cinnadust mixed into the dough. Even better, it’s safe to eat raw so you can easily grab and eat in the closet while hiding from the kids. You can grab a pack that makes 12 big cookies for two for $5 at grocery retailers nationwide.

If you’re looking for a new breakfast treat, Cinnamon Toast Crunch Cinnamon Rolls come with your fave flavor that’s topped with luscious vanilla icing. A roll makes eight and sells for two for $5.

Both products arrive in stores in June and don’t wait––they will only be here for a short time.

This Pizza Donut Is the Junk Food Mashup of Our Dreams

Red Tricycle > In the News > Suns Out, Buns Out with These New Cinnamon Toast Crunch Cinnamon Rolls