Ah, pregnancy! Everyone is telling you just how glowing and gorgeous you are. But right now your little girl or guy is kicking the heck out of your bladder, and keeping you up all night long. And that leads you to one question, “Can you drink coffee during pregnancy?” Well, a new study may have found yet another reason to cut the caffeine during pregnancy.

Along with waving buh-bye to Monday margarita nights and wine Wednesdays, pregnancy also means ditching the caffeine. Even though the research on the effects of this substance on the fetus are still iffy, experts recommend limiting total caffeine intake during pregnancy. According to the March of Dimes, pregnant women should have no more than 200 milligrams per day. This includes coffee, tea, soda and any other caffeinated beverage/food. 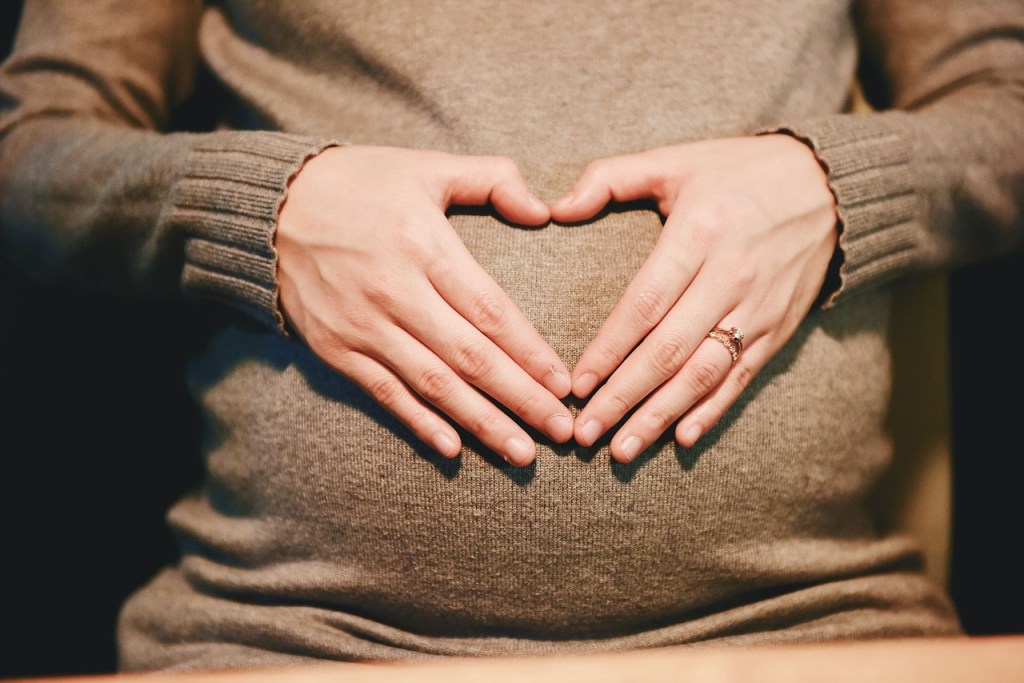 The new study, which was published in the journal BMJ Open, found as few as one to two cups of coffee per day during pregnancy could be linked to overweight/obesity during the school years (for the children of the pregnant mamas). The researchers reviewed data from one of the largest pregnancy health studies, the Norwegian Mother and Child Cohort Study.

With info on 50,943 pregnant women to use, the researchers found that there were five percent more of the kiddos in the caffeine-drinking mama group who were overweight or obese at 5-years-old.

Even though the study doesn’t completely conclude that drinking caffeine during pregnancy will result in your child becoming overweight or obese later on, it should give you pause before reaching for another cup of coffee, a bottle of soda or sweet tea. And if there’s already evidence that caffeine isn’t exactly helpful for a developing fetus, why take any chances? Don’t worry mama, someday that second cup of Starbucks will be a-okay again.