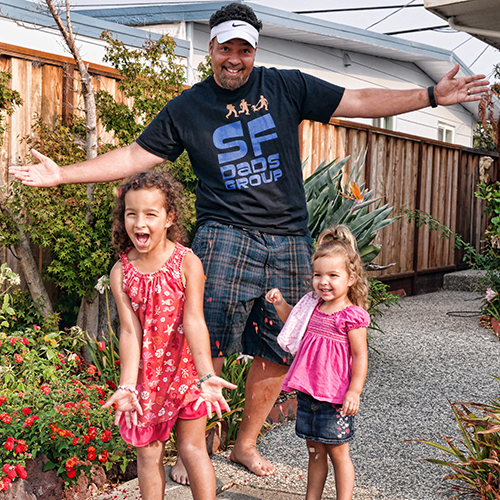 Mike Heenan is an author, poet, fatherhood advocate, and the consummate Stay-At-Home-Dad blogger who refuses to stay at home. Mike's myriad adventures around the San Francisco Bay Area, with his two young daughters, are chronicled on his blog At-Home Dad Matters. His stories about ethnic identity, misogyny in music and his family's experience with emergency c-section have appeared in The Huffington Post, KGO Radio, Fox News Channel and a book of collective fatherhood stories called Dads Behaving Dadly. Mike is the organizer of the largest Meetup group of active dads in and around the San Francisco bay area. His SF Dads Group, part of the national City Dads Group network, provides workshops, epic family-friendly events, and the always popular Dad's Night Out, to more than 400 dads and their kids. It is one of the most enriching and rewarding experiences he has ever had the privilege of taking part in.
×