Parents and kids who are tired of the same-old array of gadgets, games, and gear available at the local mall need to look no further than at the latest crop of neat-o crowdfunded campaigns to find what’s next. These products are on the cutting-edge of innovation and design, so you’ll want to jump on board quick before the campaigns end. Check out our roundup of some of the freshest Kickstarter projects currently in crowdfunding mode. 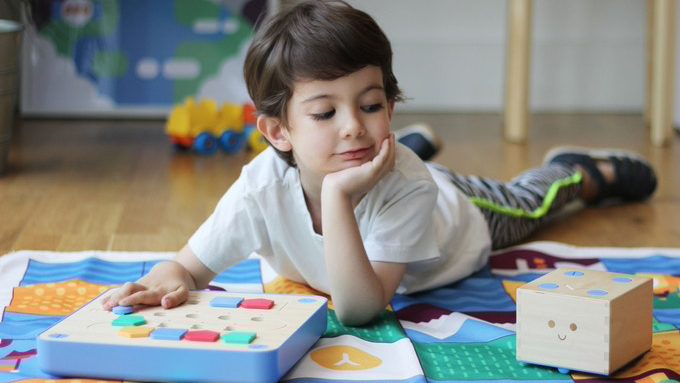 1. Cubeto Coding Without Screens
Aimed at junior coders ages three and older, Cubeto is an innovative toy that takes coding off the screen and puts it into the real world with a programming language that kids can touch. Kids learn about coding by helping Cubetto—a friendly wooden robot—navigate through the world by writing programs using hands-on coding blocks. Parents will appreciate that no tablets or wi-fi are required, while kids will enjoy working through the basics of coding using logic and their hands. Cubetto already has shipped more than 20,000 units to schools, homes, and libraries in more than 96 countries. The Kickstarter campaign looks to take this Montessori-approved learning system to the next level.

Cubeto on Kickstarter, pledges start at $5. The campaign ends Jul. 20. 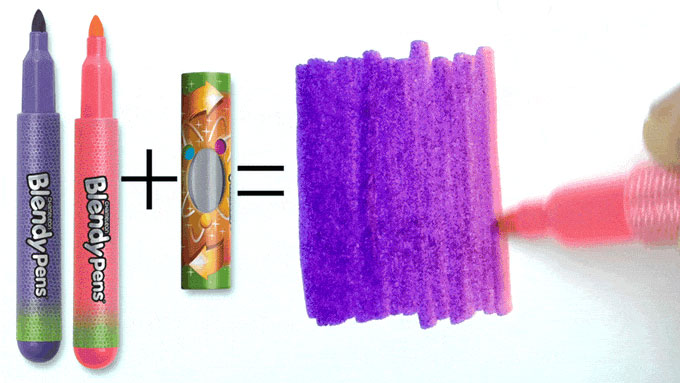 2. Chameleon Kids Blendy Pens
Young artists who like to mix and match their colors will be delighted by Chameleon Kids Blendy Pens, which offer the unique ability to blend inks from two different pens to create cool multi-hued color combinations. Unlike Chameleon’s “professional” artist-quality pens, Blendy Pens are designed for kids ages four and older and feature washable, non-permanent inks and durable pen tips. More than just drawing instruments, Blendy Pens kits come with creative workbooks for artists in three age groups (4 to 5, 6 to 7, or 8-plus) that teach kids about color theory and instill the value of arts education. 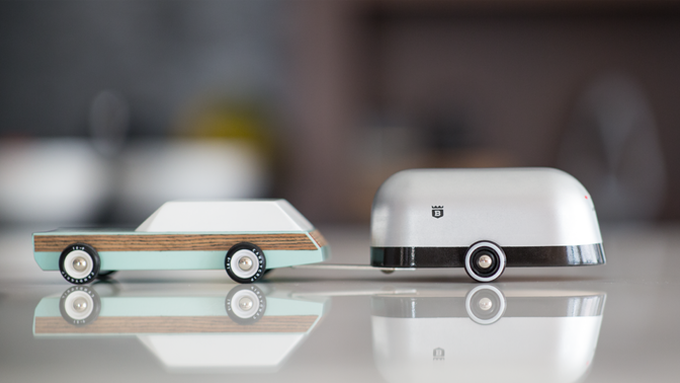 3. CandyLab Toys Awesome Toy Cars
Toy car enthusiasts of all ages will dig CandyLab Toy’s new collection of rad wood cars, which are available exclusively through this new Kickstarter campaign. With four retro-cool designs to choose from, these handcrafted woody-wheels were made to mark the fourth anniversary of the company’s creation, which began on Kickstarter. While the cars are durable enough for kid play, the sleek designs will attract savvy car collectors and curious spectators alike. 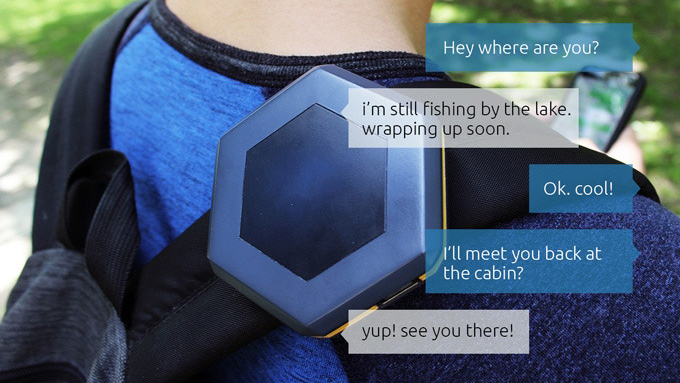 4. Sonnet: The World’s Most Advanced Off-Grid Mobile Mesh Network
Sonnet is an ingenious new system that lets users send instant messages, voice recordings, images and GPS location without cell-coverage, satellite or internet access. It works by creating a freestanding mobile network between two Sonnet pucks, which connect to smartphones. Sonnet’s battery life reportedly last up to 24 hours with continuous use and the puck also can be used as a charging station. The communication range is approximately three miles, and there’s a panic button that instantly sends your coordinates to another Sonnet-connected device.

Sonnet on Kickstarter, pledges start at $89. The campaign ends Aug. 1. 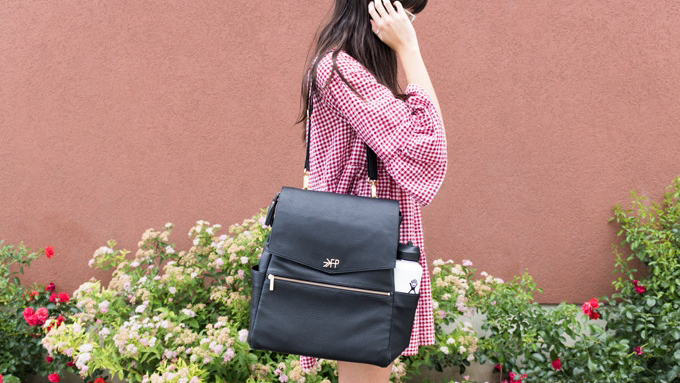 5. Freshly Picked Diaper Bag
There comes a point in every parent’s life when we realize that the diaper bag we’ve been lugging around screams, “I’ve given up on style. Plus, I’m carrying a (clean?) diaper in this bag.” The serial entrepreneur, mom and Shark Tank alumna Susan Petersen felt our pain, so she designed a durable diaper bag that doubles as a legitimately stylish tote. During research and development, Petersen conducted numerous focus groups all across America and identified exactly what moms really want in a diaper bag. The result is a hot Kickstarter campaign that has already raised more than 12 times its original $25,000 pledge goal. Make sure to check out the hilarious project video on the Kickstarter website.

The Diaper Bag by Freshly Picked on Kickstarter, pledges start at $25. The campaign ends Aug. 3.

Have you found some undiscovered gems on Kickstarter or Indiegogo? Tell us about them in the comments below!