COVID-19 & the Future of Custody Battles in the US 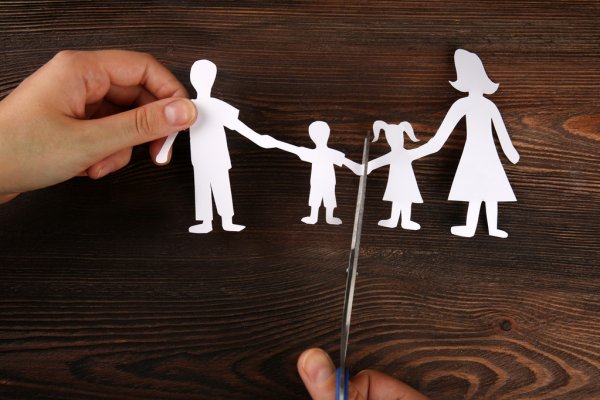 During lockdowns, because of COVID, both parents seem to be more accessible at home because a lot more people are working remotely. But what does this mean for the future of child custody battles? Turns out, according to Jacqueline Newman, author of The New Rules of Divorce, it could impact custody battles a lot more and here’s why:

“Truth be told, I think that there has been a shift, at least the beginning of one, already, before COVID struck. The every other weekend and Wednesday dinner custody schedules were already becoming a thing of the past. Many more non-primary custodial parents were asking for more and more time. Maybe it was not always 50-50 because of the work schedules, and because of the fact that they were not as involved in the day-to-day routines of their child, but it was pretty close.

But now, after COVID? I think the shift is going to be much more extreme. We are 100% at a point where the question is now asked, “Why isn’t it 50-50?”  One of the big claims that the primary custodial parent would often make would be that the non-primary custodial parent did not know the day-to-day routines of the child. They did not know that Sally only drew with purple crayons, and Bobby would only eat sandwiches if they were cut in perfect circles. They did not know these little idiosyncrasies of their child because they just were not home all of the time to learn them.

However, now, for the last year and a half, many parents have both been home. Now we have many parents that might have previously traveled a lot or had to work late and attend work dinners that did not do that during COVID—everybody was home. So, now, both parents are so much more involved in the daily routines of their children. They both know that the math homework is due on Tuesdays, that Cindy does not like her social studies teacher, and that the Sami only likes her pasta without sauce—they know all the little ins and outs. People have been having family dinners together again. I will speak for myself—pre-COVID, my husband and I, would often not be be home for dinner with our children every night. We are both attorneys and often at least one of us would be working a late night. But now, for the last year and a half, we have basically eaten dinner together with our children every single night. And it is something that I did not give nearly enough credit to as being such valuable family time previously. However, I do now.

The fact is, now, when we are moving forward in custody battles, I think a lot of the historical arguments of, “He/She doesn’t know everything,” or “Hasn’t done it before” is just going be thrown out the window. Now you are going have parents that have both done everything. Everyone is changing diapers, everyone is doing sugar cube igloo projects and everyone is more attuned to the likes and dislikes of their children.

Now, I think when both parents want 50-50, I think that the question will be “Why not?” I also think it is going be a very hard pill to swallow for certain parents that may have sacrificed careers, and/or have dedicated their entire lives to their children as being the primary caretaker, to be told that the other parent is going have possible 50% of the parenting time is going be very upsetting. It is also important to note that in many states, the amount of days you have with a child can impact child support (not in New York). Therefore, the repercussions are not just the emotional but also have financial implications.

2022 is going to be a very interesting year when it comes to custody litigation and I expect there will a significant shift in terms 50/50 parenting time.”

RELATED STORIES:
How to Avoid Divorce: Expert Tips that Could Save Your Marriage
3 Things Divorced Parents Need to Know
You’ve Got This: How to Find Support Before, During & After Divorce

Jacqueline Newman is a divorce lawyer and matrimonial law expert. As managing partner of a top-tier 5th Avenue Manhattan law firm focused exclusively on divorce, her practice runs the gamut from prenups for high net worth people contemplating marriage to high conflict matrimonial litigation in dissolutions.
MORE FROM Jacqueline:
Jacqueline Newman
Red Tricycle > Parenting Advice > Adulting 101 > COVID-19 & the Future of Custody Battles in the US