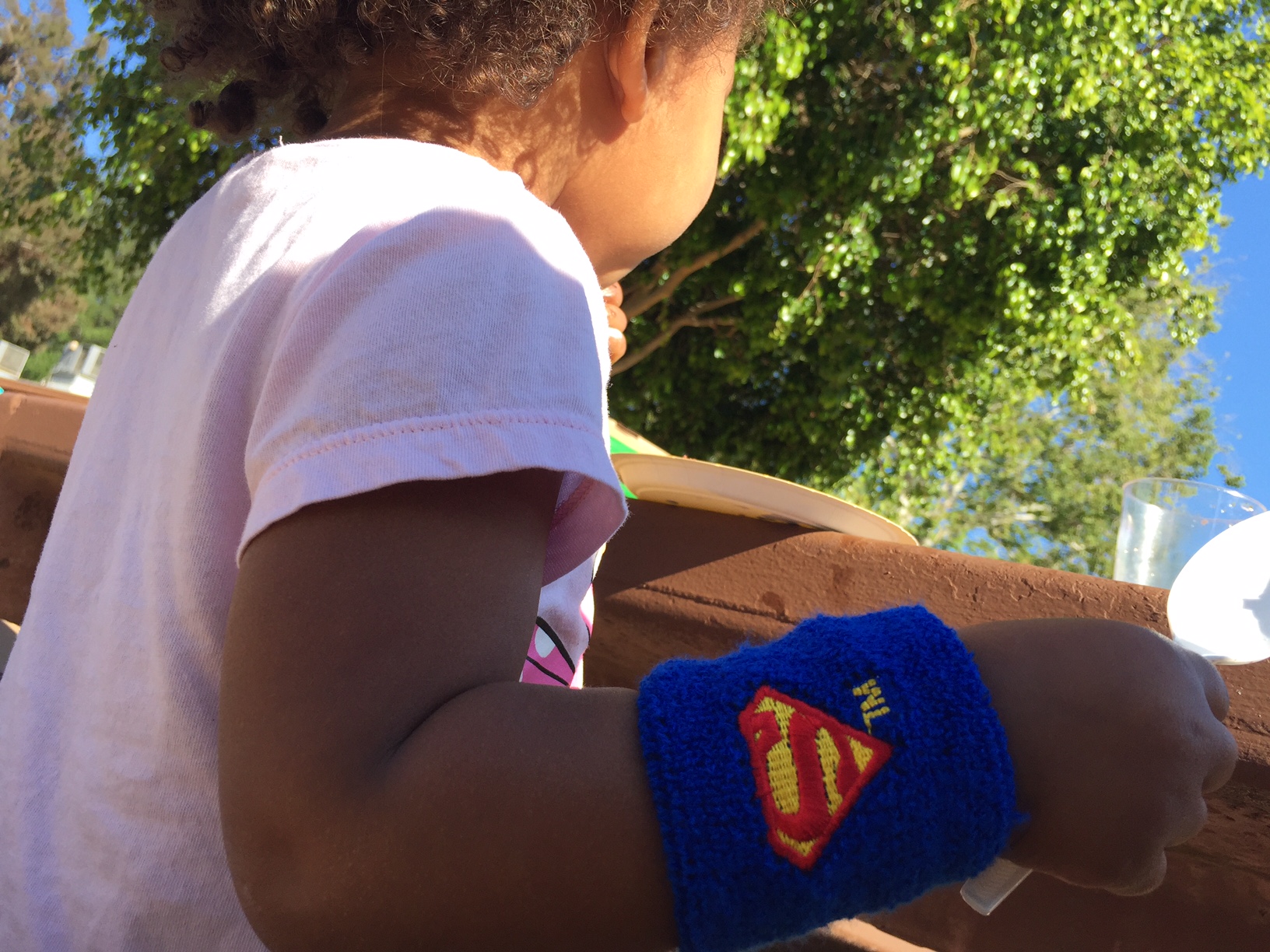 There is a secret fathers share that is rarely discussed, even amongst themselves. This secret is something that occurs when fathers are in full-dad mode. Sharing life-lessons. Working miracles at the grill. Navigating traffic in a minivan. Cheering on the sidelines. When we fathers are in our element, taking fatherdom to new heights, there is a wonderful thing we experience that is personal and unique to us.

We hear theme music. A blaring soundtrack, straight out of the cinema, plays in our minds. For we aren’t just cooking at the grill or driving on a busy highway. We are starring in the most inspirational story ever conceived.

Every father, of course, plays his own theme song in his head. At moments, we will hear a classic rap track or a shredding guitar riff, but more often than not, we hear scores from classic films. There are a few usual suspects, though the one piece of music all dads hear eventually – and often – is the iconic “Main Title March” from Richard Donner’s 1978 Superman by legendary composer John Williams.

Whether you’re a father or not, you would recognize the song after one measure. It’s an incredible piece of music that is suited brilliantly to the biggest superhero ever conceived. You hear the “Main Title March” and you think, “that’s a song that should only be played for Superman…and dads”.

Are we being delusional? Absolutely. But that is a speciality of fatherhood. When my kids call me outside because they don’t want to be stuck pitching in their kickball game, I abide by their demands. It is not, however, quite that simple, for I don’t stroll outside and get to work. Instead, I wait for the “Main Title March” to cue in my mind and I step out onto the driveway like the savior of humanity and I roll that kickball as the sun shines down brightly upon us. Every child participating recognizes that the cape I’m wearing is invisible and every pitch is perfect.

Or I’m the dad that was sucker enough to come outside. That’s beside the point because all that matters is that the “Main Title March” is playing in my head and I own the moment.

Fortunately – and since I am the one sharing this confidential information with the world, so if it’s going to be anyone, it should be me – I am honest enough to admit that there should be a different song playing in our heads instead of the “Main Title March”. There is a song that fits more appropriately to most dad dealings than Superman’s theme. It doesn’t play in our heads as we conduct ourselves, but it should.

It’s a song that is equally famous to the “Main Title March” and used just as widely. It too is fittingly associated with the protagonist for which it was written. The composer is the American-born Homer Louis Randolph III who worked under the name Boots Randolph. You’ve probably never heard of him and that’s understandable. His most famous work, the song which all fathers should play as their theme, is “Yakety Sax”. If the title is unfamiliar, you would know it by the name “The Benny Hill Show Closing Credits Song”. I’m not qualified to judge the musicological merits of that song, but I do know that it conjures up an image of someone running around senselessly.

This is a more apt song for most of the things we fathers do – or attempt to do – and it’s especially true when we’re required to multitask. Prepare dinner and make sure the kids don’t get into anything they shouldn’t. Pack their lunches and feed them breakfast. Change the baby and help the older two with their homework. Teach the older two how to ride their bikes and don’t allow the baby to eat sidewalk chalk. These are the moments when we wish our theme song was written and conducted by John Williams, but the truth is a guy named Boots Randolph wrote it instead. It doesn’t matter. Dads are allowed to be delusional and we’ll always think of ourselves as Superman, even when everyone else looks at us as Benny Hill.

Matthew Daley has held many interesting jobs over the years, from soccer referee to dishwasher to radio dj to microfiche filer to teacher to writer, but the most important - and the one that's endlessly inspiring, rewarding, and funny - is father. (www.matthewjdaley.com)
Red Tricycle > Spoke Contributor Network > Cue the Theme Song