Do you buy baby formula? If you’ve been trying to find it at one chain of drugstores, you’re going to be out of luck for the time being: CVS has taken Enfamil off its shelves after one mom found a tub that she bought had been tampered with. Representatives for CVS and Enfamil did not immediately return Red Tricycle’s request for comment.

Florida mom Alison Denning picked up a tub of the Enfamil formula that she regularly feeds to her baby at her local CVS. Even though the package looked fine, Denning found something very different inside once she opened up the can at home. 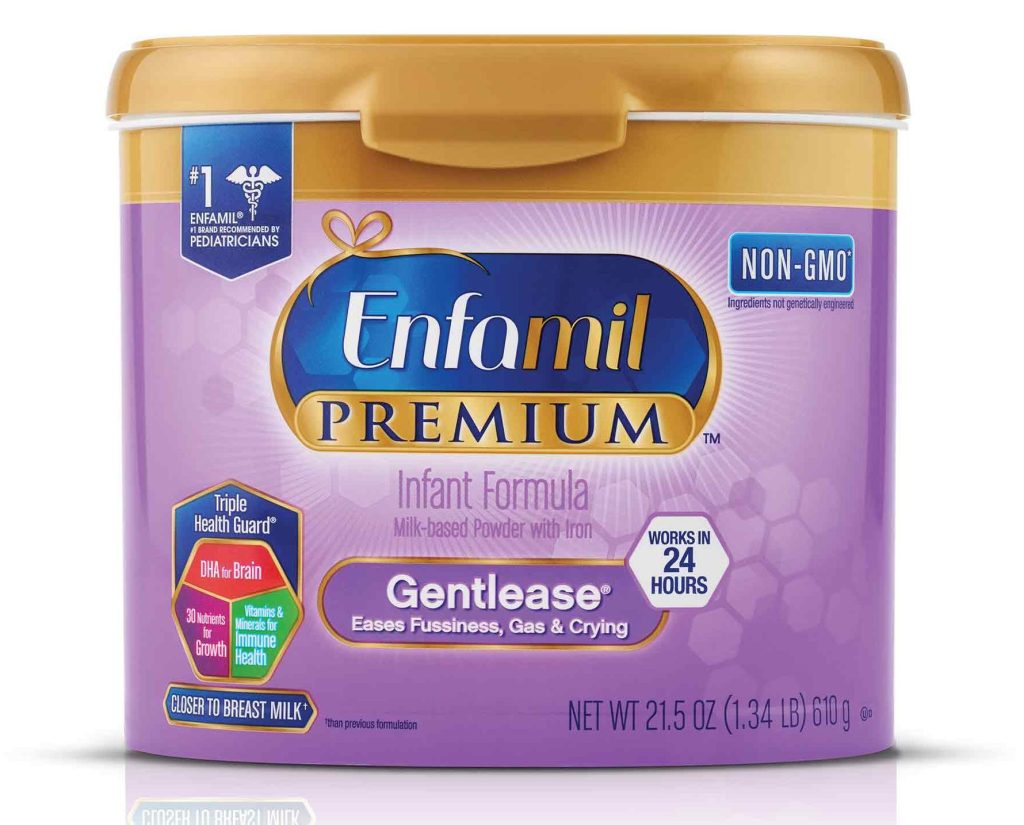 Denning told Tampa Bay’s ABC WFTS, “The bag was in like this, this particular sticker was not fully attached and when I opened it up this seal that wraps around was opened.” The mom also added, “This smells like typical baking flour.”

Obviously, Denning did not feed the formula to her baby. Instead, she went to another store and bought a second container to compare to the first one. After seeing the difference between the two, Denning contacted CVS and Enfamil’s manufacturer, Mead Johnson.

According to reports, CVS did offer Denning a refund. But she chose to have the manufacturer test the product, just to be safe. CVS has plans to investigate the matter and the Pinellas County Sheriff’s Office will follow-up with the involved parties.

The incident most likely doesn’t represent a manufacturing problem with the formula in general. While the exact cause of the odd-looking formula has yet to be determined, it does follow a similar incident that happened in Phoenix, Arizona earlier in August, when another customer found that her Enfamil formula had been replaced by flour—but not before giving it to her infant daughter, who became ill. Last year, a person was arrested in Tucson, Arizona tampering with cans of formula.

As for when you can find Enfamil in CVS stores, representatives for CVS told USA Today that they expected “to resume the sale of these products by end of day” on Friday. If you still can’t find it in store, you can always buy Enfamil baby formula online, at retailers such as Amazon.