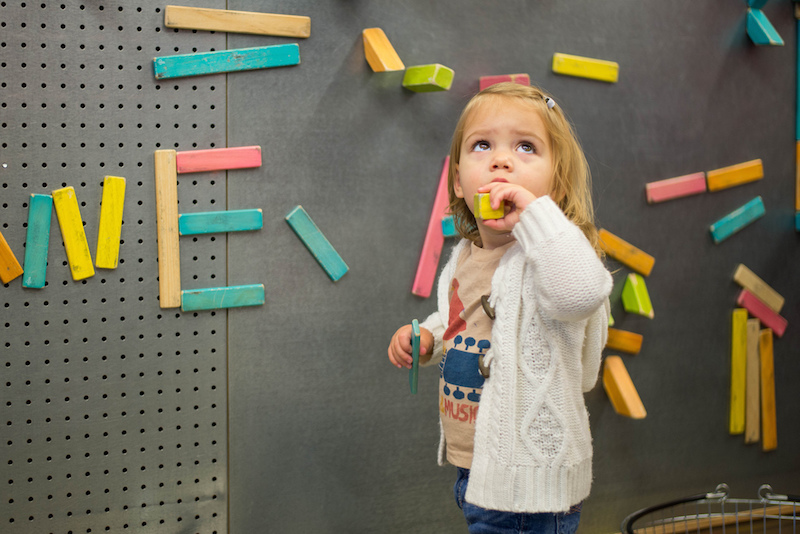 It’s a magical and busy time as those adorable first words come tumbling out. It often seems like your toddler’s ever-expanding vocabulary doubles overnight. That’s why one father decided to document every word to see just how quickly his son’s words we’re multiplying. Read on to see the astonishing results.

Reddit user JonJivan decided to capture all of his young son’s new words using a spreadsheet. The data tracked not only each word, but also the age when he said it and how often he used the word. To be completely fair he left off those impossible to decipher words and only included words that were mostly clear and understandable. The words also had to be said in context and not just repeated back, and they had to be witnessed by both him and his wife. Even with those parameters, the results were pretty amazing. 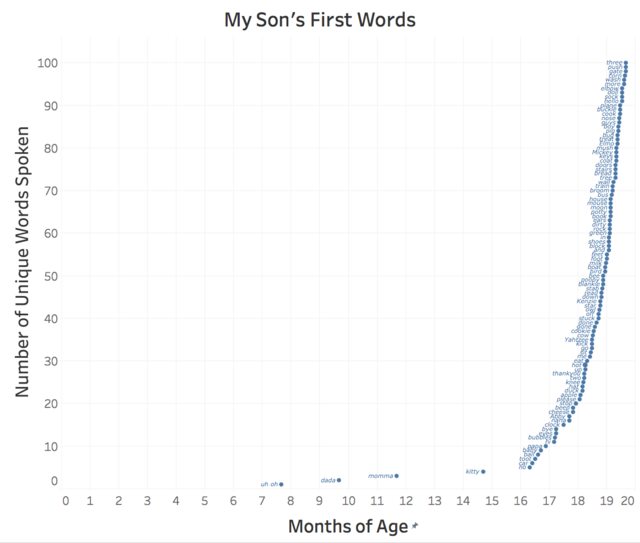 The chart above shows the almost perfect exponential growth curve of his son’s vocabulary starting with a few first words, like mama and dada, at 8 months and then suddenly gaining steam at 16 months and exploding into 100 words just shy of 20 months. Every parent knows how incredible it is hearing those first words, but the chart really illustrates just how much toddlers learn in such a small amount of time.

What was your toddler’s first word? Share in the comments!