Making memories with the big guy at home is one of the things we love best about his special day. In a big shout-out to all the dads out there, we’ve asked Dad Group leaders all over the country to share their favorite Father’s Day memories. Scroll down to read about goofy secret names, touching last moments and how even a simple walk can be a top-pop idea, and then tell us in the Comments all about your most memorable Father’s Day. 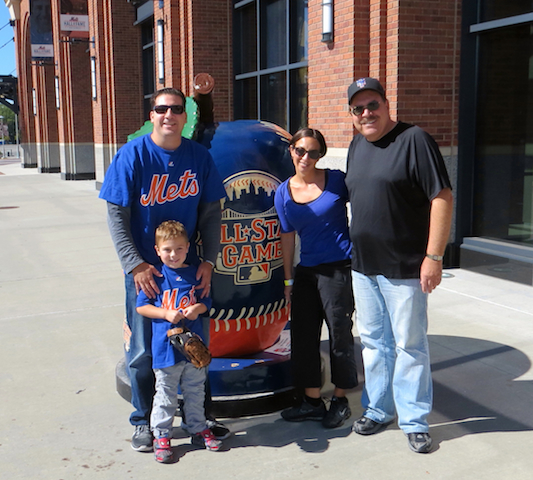 Lance Somerfeld, Co-founder City Dads Group, New York, Ny
Personally, for me, Father’s Day happens year round.  As an at-home dad, Fatherhood is a 24/7 role that I relish in each and every day with my entire being.  So, I don’t necessarily feel extra special on one particular day each June just because the calendar says that it’s Father’s Day. With that said, Father’s Day is the perfect opportunity to get the entire family together and so that’s become my annual ritual since becoming a dad seven years ago.

Last year, we loaded up into the car with beach chairs, blankets, sun umbrellas, sports balls and a kite. Then, headed out to our favorite spot in Long Beach on Long Island to meet up with my father for a day of laughter, relaxation, swimming, and good ol’ family bonding. Our day was topped off with a simple barbecue of hamburgers, hot dogs, and corn-on-the-cob.  It was perfect and hope we can replicate it again in 2015! 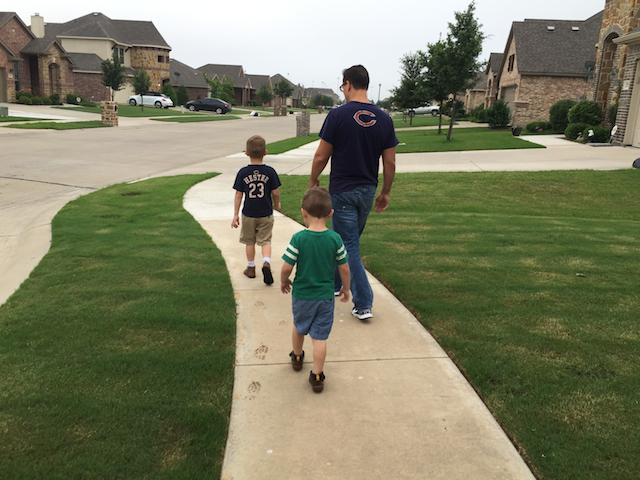 David Kepley, Co-founder of  Dallas Dads Group – Dallas, Tx
I love a good walk. There’s a certain expectation in taking a peaceful solo stroll that usually includes taking a trip down memory lane. I tried to take one of these mythical aforementioned walks last Father’s Day, but my boys’ someone-is-headed-for-the-glorious-outdoors radar went off before I slipped away.

Having been caught, we walked and I told them about the houses in our neighborhood that did not exist until after they were born. My oldest marveled at the thought of things that came before him and my youngest made it rain with grass clippings. While I could have enjoyed my walk alone, having the boys along made me realize five years has never moved so fast and I can only imagine the blur getting quicker and better all the time. 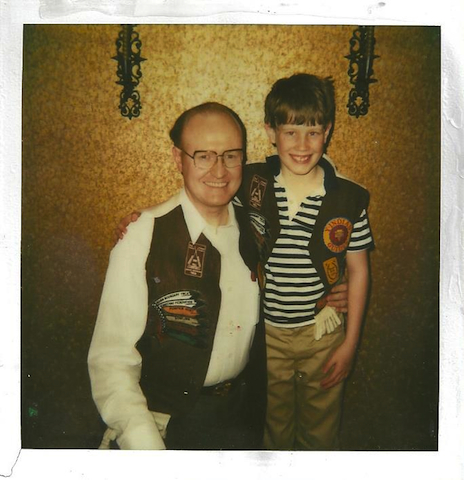 Chris Bernholdt, Co-founder of Philly Dads Group – Philadelphia, Pa
I grew up in a family of four boys. As a child we were all involved with a program called Indian Guides—designed to bring kids and their fathers closer together through shared experiences. We belonged to tribes, had powwows, and chose our Native American names. I couldn’t wait to be old enough to join, having watched my older brothers blaze a brave trail.

Years later, my dad shared with me what happened on those campouts. After lights out, the guys would play poker, drink beer and have all around “dude time” so I can only imagine what my selection (and his name-vest-wearing!) did for him on those nights around the campfire.

Right around the selection time I was doing a book report on mammals for first grade. I was fixated on a specific animal after doing extensive research and believed it was my spirit animal. My dad asked me what I wanted my name to be and I said without hesitation “Little Beaver” By default, my dad became “Big Beaver”. But, the motto in Guides was “Pals Forever” so he wore that vest proudly for years until I graduated from Guides. When my younger brother joined, he picked Little Eagle, much to my dad’s relief. To this day we are still Pals Forever. Thanks Big Beaver! 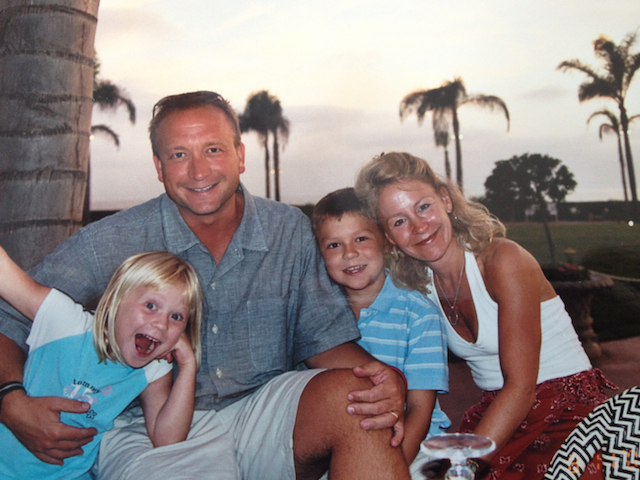 Paul Gilbride, At Home Dad St. Louis Chapter – St. Louis, Mi
Twelve years ago my wife and I were enjoying a rare dinner date and after a round or two of our favorite martinis, the expected “this is your life” talk came up. We took a good look at ours—the meals on the go, the housekeeper, the corporate career ladder, two young kids and decided we weren’t were we wanted to be. A month later,  I set aside my financial consulting career and CPA license and my new business card read, Stay At Home Dad. I went from an American career climber into being the CEO of our family of four.

We had a nine month deadline to  judge my success as an at home dad, with the deciding factor being whether the kids were still alive, or not!  Nine months came and went, and everyone was alive and well. I tried to negotiate a bonus for the fact that not only were they alive but all original body parts were still in tact!

I’m still a stay at home dad and there have been hard times, for me and my family, but being the primary caregiver has given me the connections that in the past were more common for mothers to have with their children—the kind of connections fathers today are making as more men choose to stay at home. 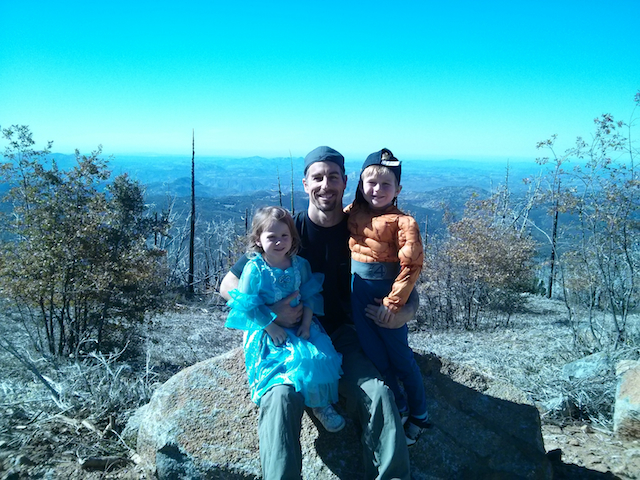 Jason Kreidman, Dudes to Dads – San Diego, Ca
Shortly after I graduated college, my Dad and I spent a weekend alone to celebrate Father’s Day at a high end spa resort. Nights there are pretty laid-back—everyone is tired from hiking, working out, and all of the activities during the day, so a lot of people play board games, cards, etc., which you can check out at the front desk.

I went to the front desk to checkout a game and the lady said “Oh, is this game for you and your ………”  She paused, and I finished her sentence with “MY FATHER”.  Apparently she thought we were a couple! I had to laugh because there must not be a lot of fathers and sons that go to this resort together! We had a great weekend.

Find out more about Dudes to Dads here. 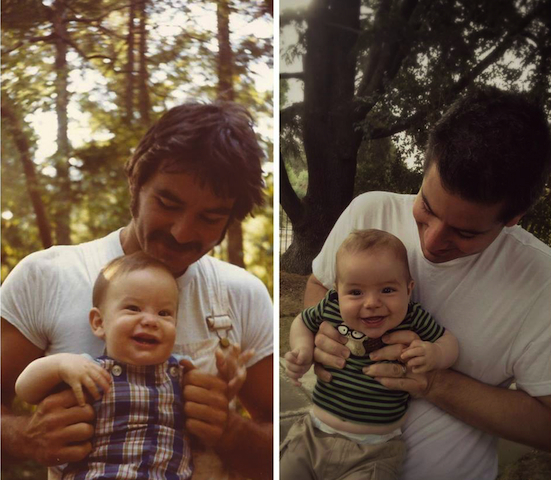 Beau Coffron, Co-founder SF Dads Group – San Francisco, Ca
One of my favorite memories of Father’s Day is also a bittersweet one. It was three years ago and my dad had been suffering from pancreatic cancer. My entire family gathered together at my dad’s house to celebrate and be together. It was one of the last times all of my brothers and sisters, and most of the grandkids, were together in the same place.

We laughed, we ate meals, we loved on my dad, and we took many pictures. My father was physically wasting away, and didn’t have much energy, but everyone was able to celebrate him one more time. He ended up passing away ten days later, but we were all blessed to gather for one weekend in June to show our dad how much he meant to us.

What’s your favorite Father’s Day memory? Tell us about it in a Comment!