The Skull Truth: Day of the Dead

The days following Halloween mark a celebration of skeletal proportions: Dia de los Muertos, or Day of the Dead. Celebrated throughout the Americas, this tradition originated in Mexico and kids will recognize the iconic sugar skull as a symbol. Your town or neighborhood may host a celebration, but not everyone knows the meaning behind it. Read on to learn what this day is all about. 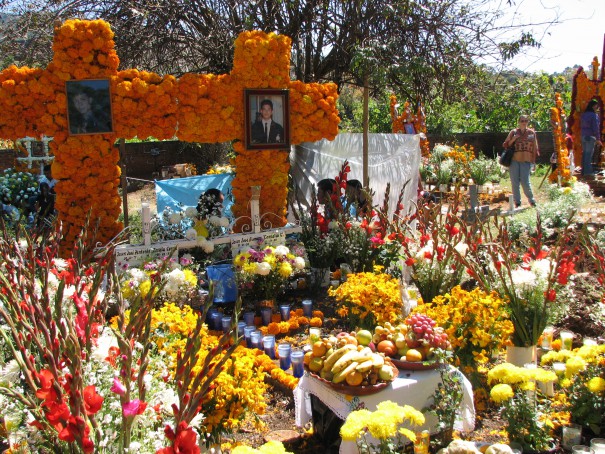 Days & Days of Day of the Dead

Day of the Dead holiday is actually two days, held consecutively: Nov. 1 is marked as a day to honor lost children, as well as any lost or forgotten souls. Nov. 2, Day of the Dead official, honors all lost ancestors and loved ones. The week preceding (and sometimes longer) is spent in preparation for the big night which often culminates in a procession to the town cemetery or a central place where altars have been erected. Families gather together and spend hours making floral arrangements, baking food and sweets for the dead and decorating. Altars are built at home, on graves and in many community parks and schoolyards. It’s no accident that this all takes place during the time of year when nights grow longer. It is believed that during these two days, the veil between the world of the living and dead is thinner and so it’s easier for the dead to arrive. Not unlike the original story behind Halloween. 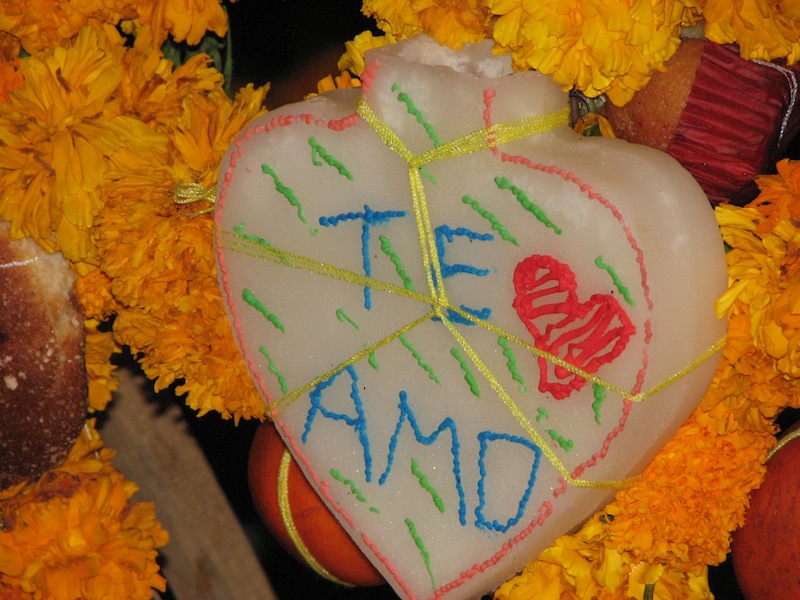 The idea is not as somber as it may at first sound: in fact many believe the dead would be insulted by sadness! The tradition of celebrating the life of those who have died is invoked with colorful costumes and masks, parades, parties and more. At the center of it all is the ofrenda, or offering to the dead. The altars can be simple or elaborate (usually more elaborate) but almost always contain flowers, favorite foods of the dead, including the traditional pan de muerto, photographs and small relics or objects of the dead (a favorite necklace or pen, for example), sugar skulls and candles.

Sugar skulls, in spite of how delicious they look, are generally not consumed (more than one toddler has tried them). Made from a mixture of a meringue/powdered egg whites, white sugar and a little bit of water, they are formed into the shapes of skulls by hand. You can also buy awesome molds (and all the supplies you need, plus great tutorials) here. 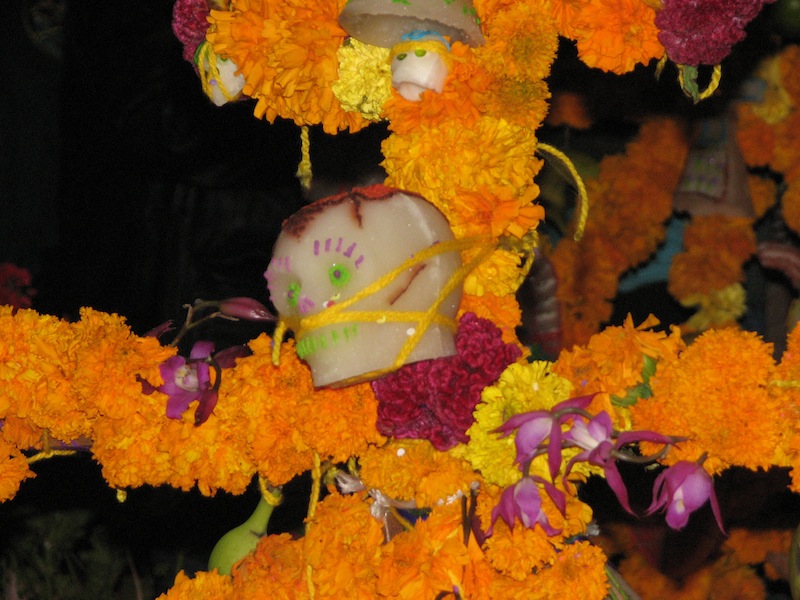 DIY for the Dead

You can make your own family altar with the kids. Gather up a picture or pictures of someone you have lost, and place it on a table or shelf. Have the kids help you arrange some flowers, or head out into the yard or a park to find a few things for the offering: acorns, beautiful leaves, a pretty stone. Make some cookies and leave one for your loved one. Light a candle. It’s an easy and beautiful way to remember someone and teach your kids the story behind Day of the Dead.

All photos by the author, taken during Day of the Dead Michoacán, Mexico.

10 Recipes for Your Day of the Dead Celebration

Sugar Skull Crafts for Day of the Dead