Kids music once meant nursery rhymes of ‘yore delivered by sappy sounding performers that you wouldn’t want to (but inevitably had to) put on repeat. Draining the sap and bringing on the joy are five independent children’s artists from around the metro D.C. area whose fresh take on the “kindie” music scene has captured the attention of national organizations from the Parent’s Choice Foundation to the Grammy Awards. 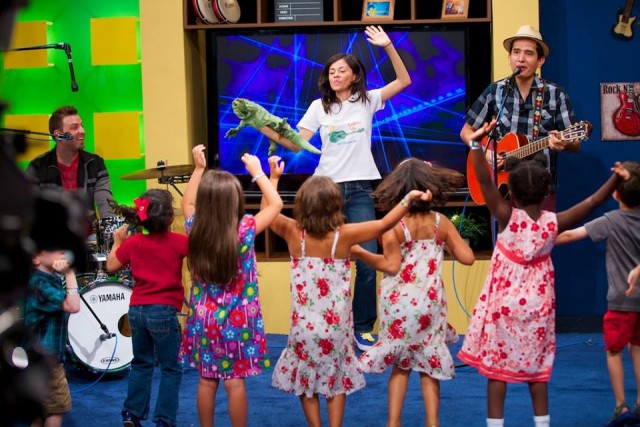 Andres Salguero, 1-2-3 Andres!
Andres Salguero is originally from Colombia, South America where, as a multi-instrumentalist growing up, he always knew he would make music a big part of his life, although he did not know he would end up entertaining families in the Washington, D.C. area, or across the country at major kids’ music events like Jiggle Jam in Kansas City.

He also had no idea his first recording would earn him a nomination for a Latin Grammy this year. As a bilingual artist, Andres translates more than just Spanish to English. His show features performances on clarinet and saxophone, as well as lessons on Latin geography and culture. He teqms up with Juana the iguana, a puppet who emerges from his guitar case to tell the audience about her travels.

Communicating his own reverence for the joy children find looking at colors or jumping and playing outside, Andres’ music reflects his album’s tagline: Canta, Vive, Suena, what we all want for our children, he says. Canta, or Sing is about utilizing our first instrument, the voice. Vive, or Live focuses on health and well-being and, Suena or Dream emphasizes the power of imagination and wonder that parents must always nurture in their children.

Where to see him play: Look for area performances at Bloombars in Columbia Heights as well as at libraries, festivals and other public events across the region. A new album is expected in 2016. 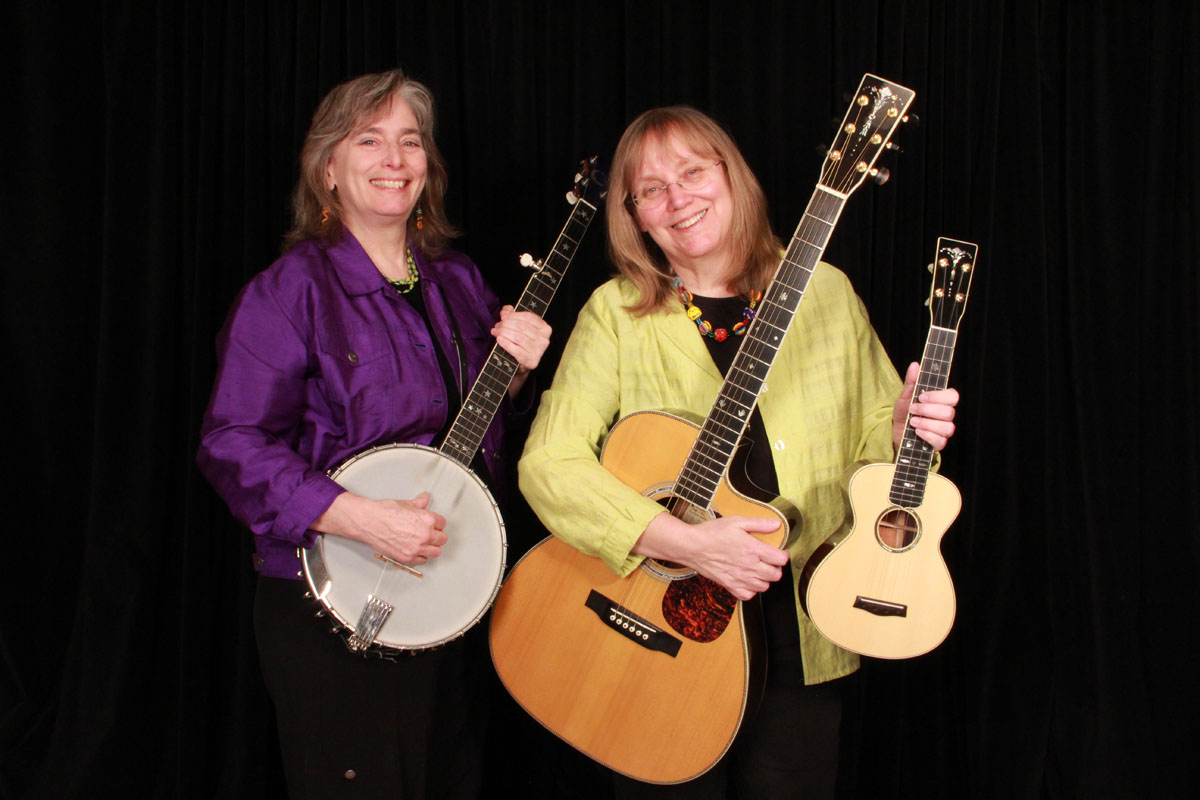 With their 2015 release Dancin’ in the Kitchen: Songs for All Families, a Parents’ Choice Foundation and National Association of Parent Publications Gold Award winner, these multi- instrumentalists add to a recorded catalogue of over 60 titles ranging from childrens’ instructional ukelele videos, to a project now wrapping featuring the work of musical theater and folk icon Theodore Bikel. Cathy and Marcy each play a variety of string instruments and their creative spirit is the spark behind many area festivals enjoyed by families, including Strathmore’s Summer Ukelele Festival. It is with this breadth of experience, enhanced by a constant stream of collaborations with artists from across the folk and childrens’ genres, that these two time Grammy-award winners have forged a legacy of love and acceptance through music.

Dancin’ in the Kitchen, focuses on the growing diversity and joy of family, a timely release for Cathy and Marcy, themselves among those families confidently taking the dance floor in the new era of marriage equality.

Where to see them play: 30th Annual Winter Concert with Guest Bill Harley at Seekers Church in Takoma Park on December 5. 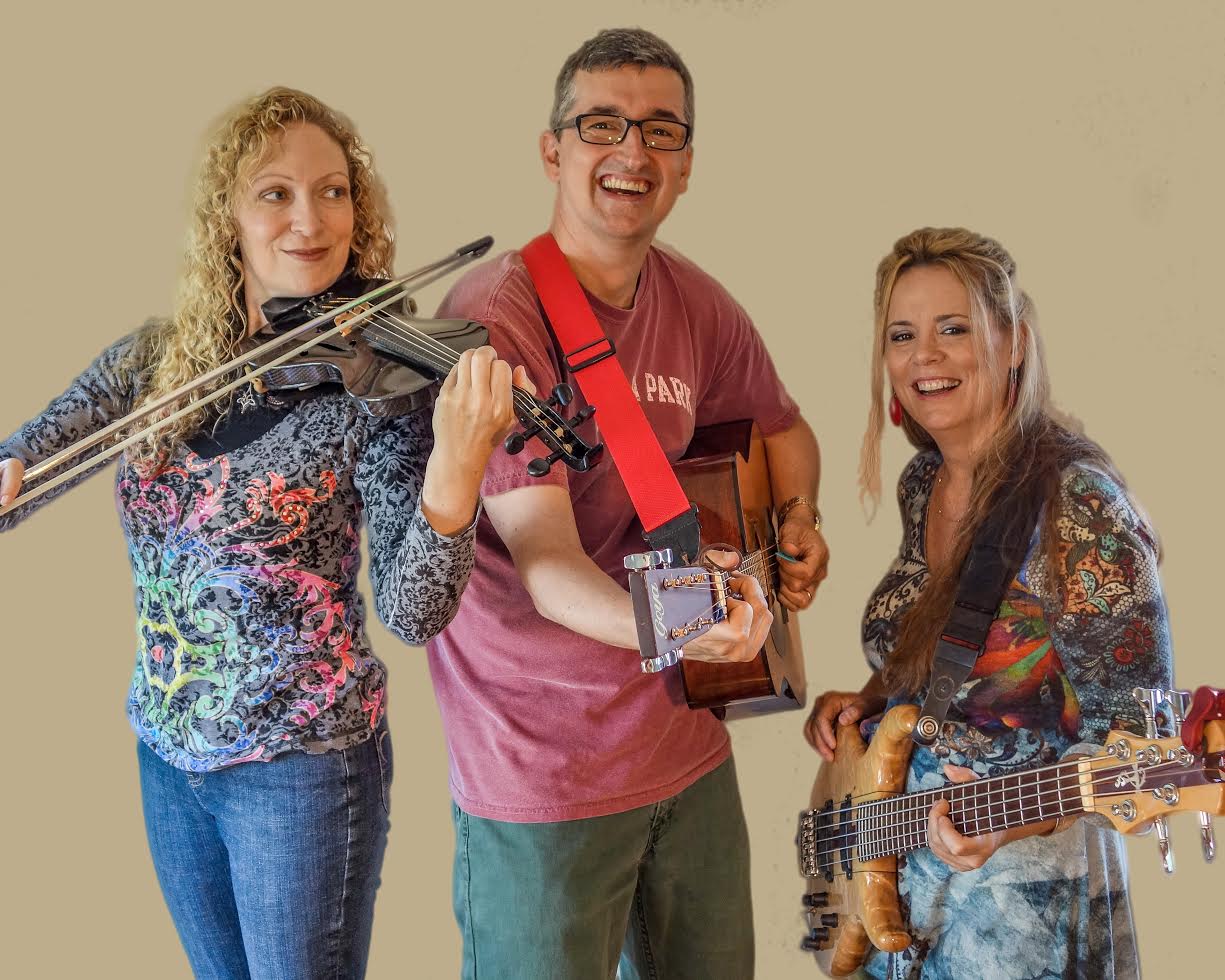 Mr. Gabe and the Circle Time All-Stars
Once dubbed the Pied Piper of Takoma Park in Maryland, Gabe Hutter is not shy about his roots as a childrens’ performer. As a young parent who knew a few chords on the guitar, Gabe found himself re-living his coffee house college days as he entertained his child.

One day learning to crank out a rock-style arrangement of “Five Little Monkeys,” he realized the potential in making quality music for children and families, although it was not until his decision to continue his gig as a stay at home dad with his second child, that Gabe decided to perform publicly. His first original song titled “I Won’t Eat That,” is emblematic of his songwriting influences and became one of the first tracks on his debut cd, Play Date.

Forming Mr. Gabe and the Circle Time All-Stars in 2014, he pays homage to his solo career on the library and day care circuit, and finds both he and his audience have a lot more fun with more original music and bandmates on bass and violin. Their new album Metro Train, a 2015 Parents’ Choice Recommended awardee, is a chronicle of family time with a kind of bubbly jazz backdrop listeners will find as entrancing as the fairytale Piper himself.

Where to see them play: Join the band December 6 at Little Loft for the town’s Pajamarama event, or catch Gabe at his regular gig once a month at the Takoma Park Library’s Tuesday Circle Time. 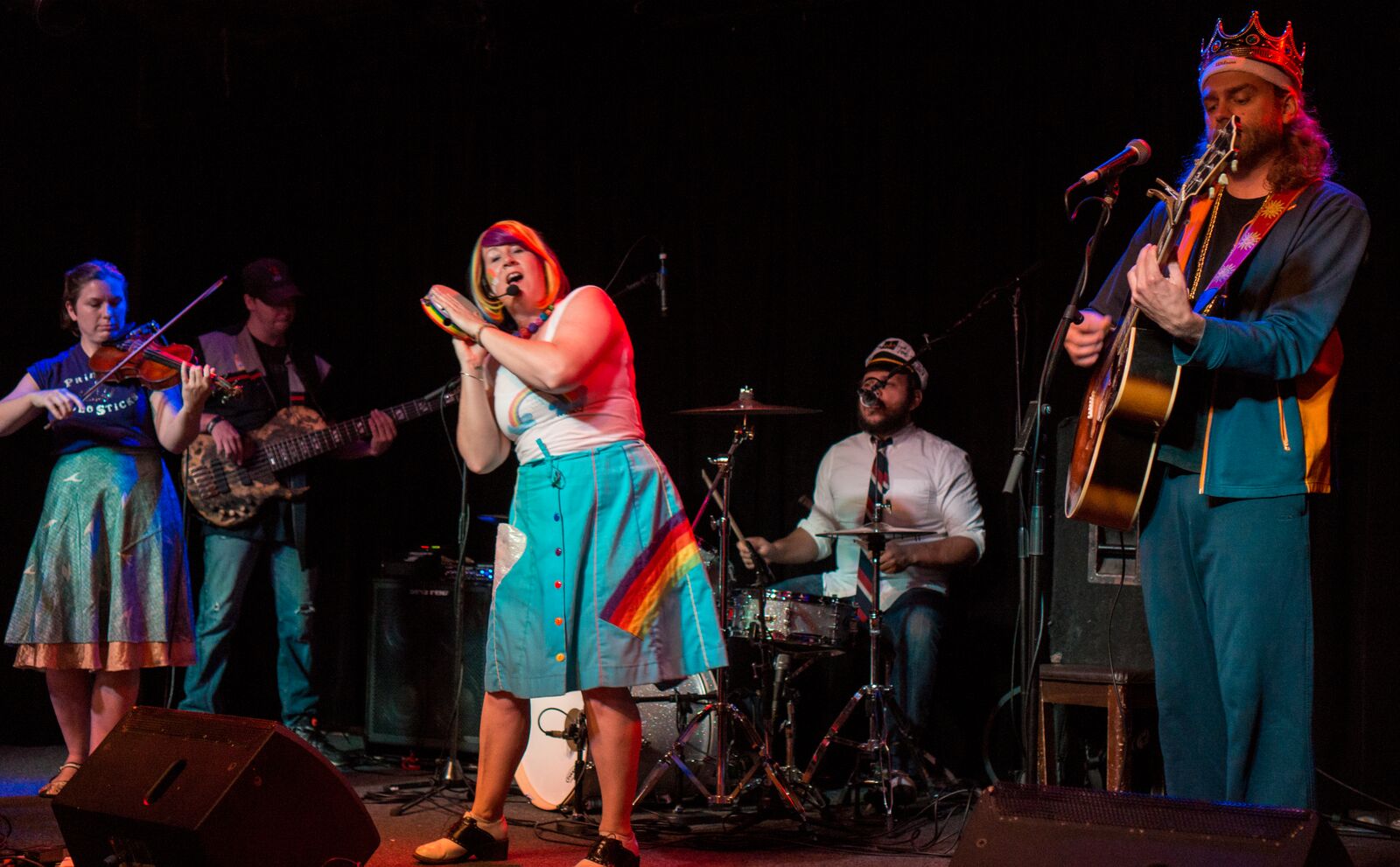 Rainbow Rock
Experienced educator and talented songstress, Kate Moran started the Alexandria-based Rainbow Rock in 2012 with her now signature rainbow adorned skirt she first wore as the entertainer at a sock hop, earning her the moniker “Rainbow Lady.” Out of an interest in regaining some of what she was missing from her previous career as a classroom teacher, this Department of Education staffer by day, and singer-songwriter already with her own band since 2006, got to work collaborating on songs about squirrels in cupcakes and butterflies named Bob.

With original songwriting influenced by her young nephews and chief muses, Moran and her band, including her long-time friend Lynn Rovelli, also known as Princess Fiddlesticks, have learned to speak to kids rather than down to them. The sense of fun and adventure that results makes it is easy to see why their debut album Meet the Rainbow was recognized by the Parents’ Choice Foundation this year for a Fun Stuff Award.

Rainbow Rock’s pot of gold is also its heart of gold. Frequently seen on the Jammin Java Tot Rock circuit, the band has hosted groups of other childrens’ rockers at the Vienna, Va. club, for events Kate calls “Rainbow Collection” to raise money for local charities.

Where to see them play: Ebenezer’s Coffeehouse and Del Ray district festivals or events. 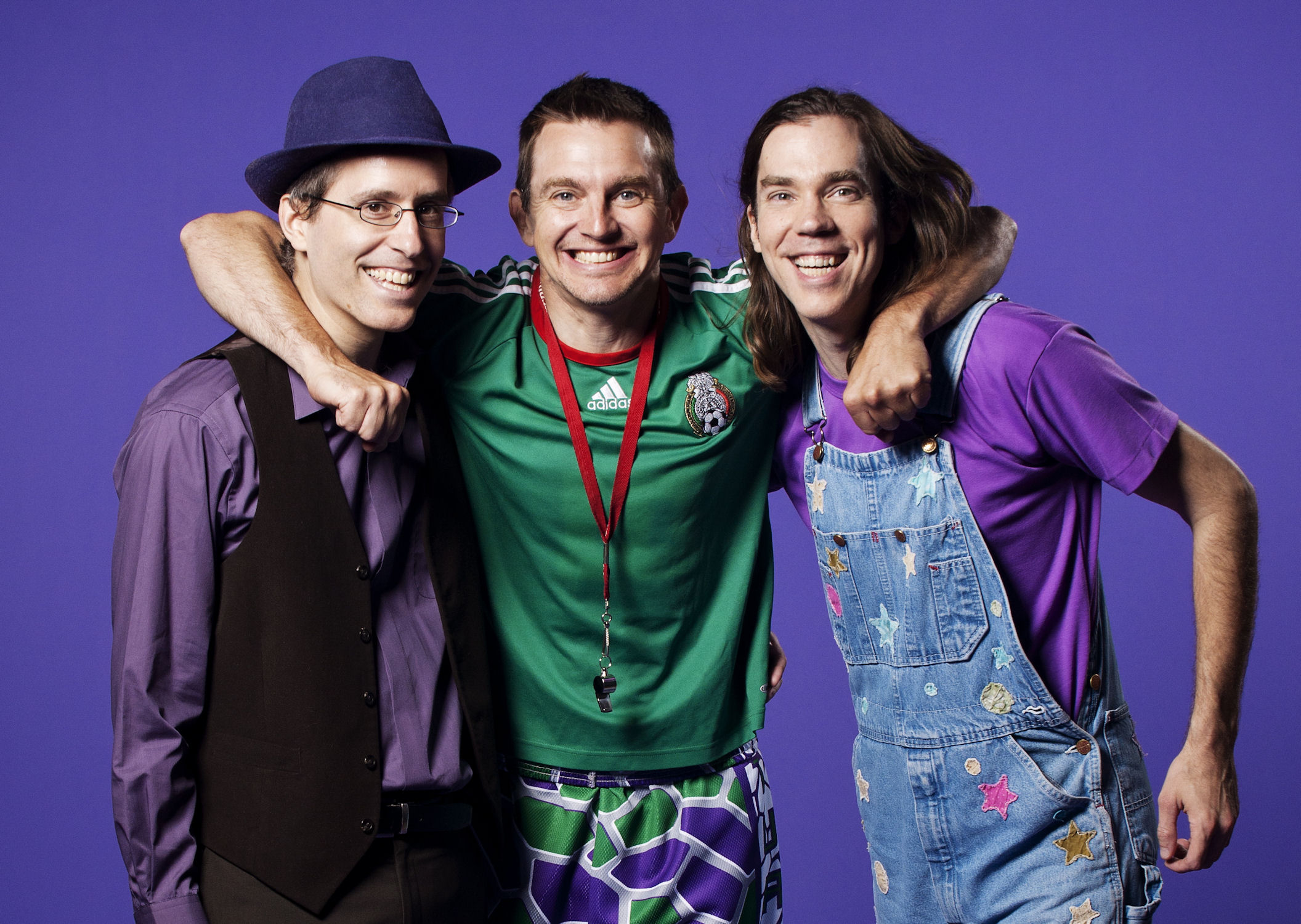 Rocknoceros
Formed by a group of three guys, Rocknoceros has a smart, spot-on and kid-connected pop style (with all-ages appeal), which is the result of their own personal stories about finding happiness. With experience as a computer programmer, teacher, and minimum wage worker among them, the Beatles-inspired Rocknoceros draws on their vocations and parenthood, to make a living doing something that makes them happy. The result? They’re one of the best known Kindie bands in the Washington, D.C. area.

Recognized an impressive eight times by the Washington Area Music Association as Best Childrens’ artists, this year the band is out with a new album called Plymouth Rockers, their first installment in a planned series featuring original songs about each of the fifty states, including even New Jersey where they croon about having friends. Their own longtime friendship (since high school, and age five for two of them) is also a likely source of relatability for the trio made up of the characters Williebob, Coach Cotton and Boogie Woogie Bennie.

Appearing at least every other Friday morning at Jammin Java in Vienna, Va., and with a wide geographic venue list from Dulles Town Center to Stead Park and Gypsy Sally’s in D.C., a Rocknoceros show is not hard to find, and well worth a date with your own little rockno.

Where to see them play: In addition to their Friday mornings gig, Rocknoceros will host an annual sing-a-long holiday show at Jammin Java this year on December 19 at two show-times, as well as two appearances on December 31.

Do you have a favorite local kindie band? Tell us about it in the comments section below.