We’ve gone above and beyond with this weekend’s best of round up (emphasis on the above part). We spied an open-to-the-public high wheel race, scoped a behind the scenes look at the World’s Fair, and uncovered an outdoor movie series that offers free popcorn. 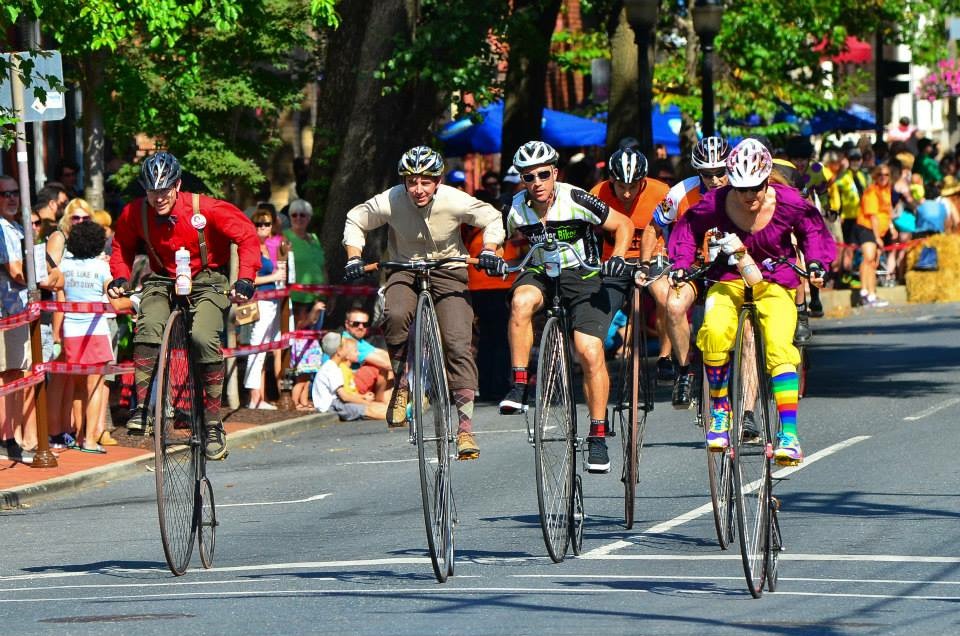 National Clustered Spires High Wheel Race
Come watch the nation’s ONLY race of its kind where competitors from all over the world will compete on antique or replica High Wheel (penny farthing) bicycles, which were popular in the 1880s. Participants will race around a .5 mile loop in historic downtown Frederick, Maryland. In its sixth year, spectators will see racers battle it out. Sat. Event

Golden Cinema: Finding Dory
Escape the hustle and bustle of the city for just a few hours at the Golden Cinema movies showing of Finding Dory. Bring a blanket to sprawl out on and enjoy complimentary popcorn from Whole Foods. Fri. Event

Littles’ Day: Tortiose and the Hare Celebration
Join us for a special Littles’ Day celebrating the Tortoise & the Hare! Make special art projects, including Hare headbands and Paper Bag Tortoises. Plus, learn about real tortoises and hares with Wildlife Adventures! Sat. Event

Inside the World’s Fair
Experience the excitement, innovation, and wonder of a c.1900 World’s Fair. Do you know what foods debuted at the Columbian Exposition? Or what games children played? Learn about the inventions that thrilled fairgoers and sample the popular foods. Celebrate cultures around the world by exploring the booths of local embassies and cultural centers. Fun for kids and grown-ups alike! Sat. Event

Groovy Nate at Jammin’ Java
Groovy Nate shows are a unique blend of music, movement, silly games, puppet skits, and comedy. The shows encourage families to move, sing, and play creatively with one another, while exposing them to various genres of music! Sat. Event

American Youth Chorus Auditions
If your little one can’t help but sing along to the radio–no matter what song it is, keep reading. The American Youth Chorus (AYC) is auditioning for the 2017-2018 season. AYC provides music education of the highest artistic quality in a weekly after-school program, for kids ages 8-14. Fri.-Sat. Event

What are you most looking forward to doing this weekend with the family? Tell us in the comments below.