Everybody knows about the Smithsonian, the National Zoo, and other top stops on the list of Capitol area attractions that make our town special. But as your brood approaches school age and older, refining their interests (or if Uncle Joe and the cousins want to see something different this summer), take a look at these somewhat macabre, but otherwise totally unique D.C. destinations. 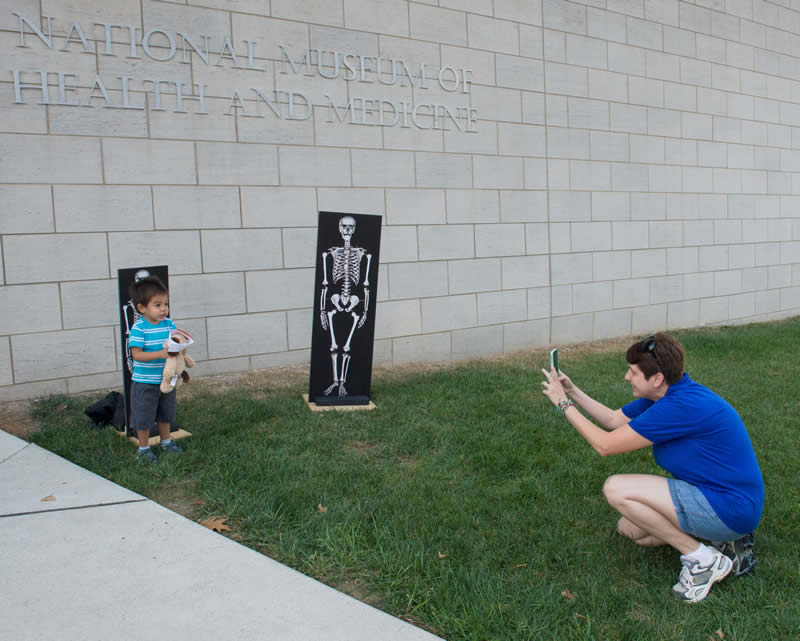 National Museum of Health and Medicine
This repository of military-sponsored medical research is also guardian to fascinating medical specimens on display that go back to Civil War times when its early predecessor, the Army Medical Museum had as its mission to collect “specimens of morbid anatomy together with projectiles and foreign bodies removed.”  While many of its holdings are for researchers only by appointment, the National Museum of Health and Medicine is now a thriving public institution popular amongst school groups from pre-K on up, and tourists alike. Young medics and their families enjoy events like the annual Anatomy of Sports pairing medical illustrators with athletes to demonstrate how muscles and bones work togehter, and forums on topics like minimizing concussions in kids. 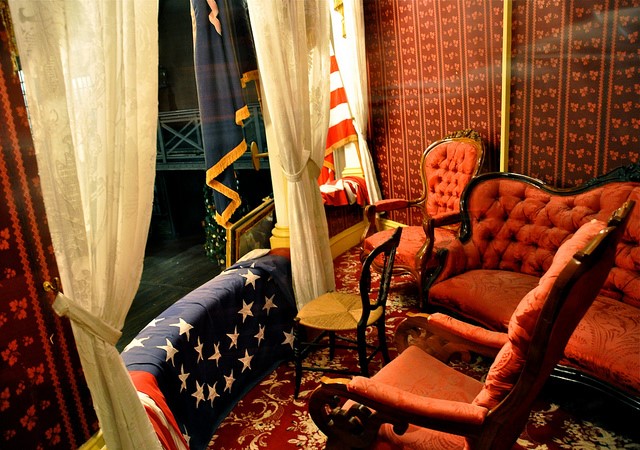 Ford’s Theatre
Sure, Washington, D.C. has U.S. Presidential history written all over it, but when it comes to seeing dead people, Ford’s Theatre, site of  16th President Abe Lincoln’s dramatic assassination, pretty much has all the tourist sites beat.  Between the renovated museum where visitors can see the clothing Lincoln wore, along with his actor-assassin John Wilkes-Booth’s Deringer pistol, and Peterson House across the street where Lincoln died the next day, the potential for ghostly specter seems significant.  Though perhaps not such as it is for Ebenezer Scrooge each year in Ford’s production of  A Christmas Carol.  Besides the fascination Lincoln’s story represents, a visit to Ford’s holds the attention of school age ghost hunters with an interest in the Civil War, theatrical production, and trying times like those Lincoln faced.  Make time to see the 35 minute history play , One Destiny, offered twice a day now through Summer, featuring characters who witnessed the events of  April 14, 1865. 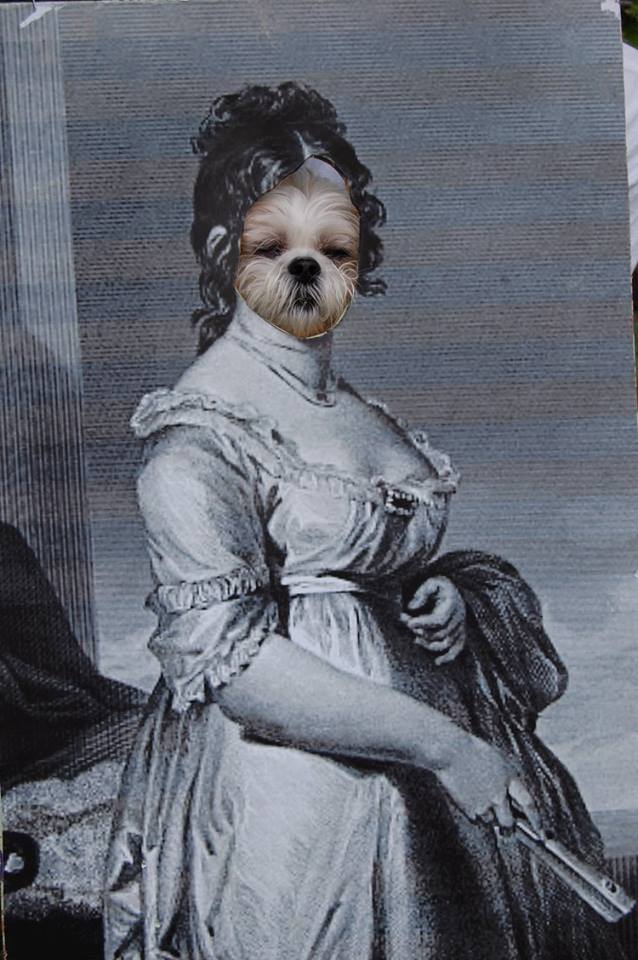 Congressional Cemetery
While you’ve missed the “Day of the Dog” this year , perhaps come November, and the “Day of the Dead,” you will remember the clever reference to those things rigor mortis, and add a visit to this famed final resting place to next year’s family fun calendar. In the meanwhile, parental zombies and living, breathing kiddos alike, may enjoy Yoga Mortis, Cinemetary Movie Night, or the Kids Halloween Fest, all programs and events at Congressional Cemetery. Included amongst the graves of prominent Washingtonians at this Southeast D.C. National Historic Landmark, are those of two First Ladies, Dolly Madison and Abigail Adams, both listed on the descriptive walks section of the Association for Preservation of Historic Congressional Cemetery’s website under “Educators, Agitators and Lawyers.”   To learn more about who else’s aura has filled the air over the last 200 plus years of history at the Cemetery, join a free introductory tour Saturdays April through October at 11 am. 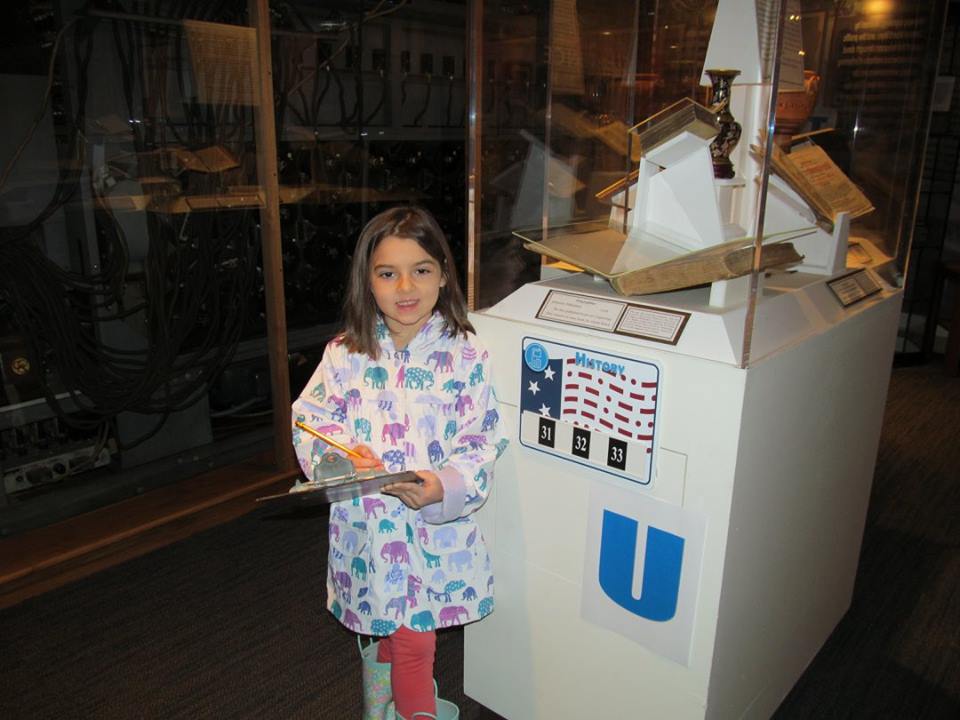 National Cryptological Museum
If you’ve ever wondered what that non-descript brown government sign is off Baltimore Washington Parkway, lift the shroud of secrecy with a visit to the National Cryptological Museum where intrigue and intelligence live. Introduce your spy kids to an otherwise “highly classified” activity of the National Security Agency with a historical presentation of espionage communication through the ages. Free to the public Monday through Friday, and limited Saturday hours, the museum also hosts guided school or scout tours helping to demystify cryptology, the art and science of making and breaking codes and ciphers.  Learn about encryptors and decryptors, cipher and decipher devices from the American Civil War to modern times, and the role of code makers and code breakers such as the famed WWII Native American Code Talkers, or the documents corroborating the convictions of individuals like Ethel and Julius Rosenberg.

Have you visited any of these museums? Tell us about your experience in the comments below.