Have you ever been lucky enough to try a cookie from the Captain Cookie food truck? Kirk and Juliann Francis were the masterminds behind this side hustle turned rewarding venture including three food trucks, a storefront, and catering business. When the couple began looking for a new space to expand their cookie biz, they decided to create their dream communal space, (without breaking the bank!), and thus Tastemakers was born! 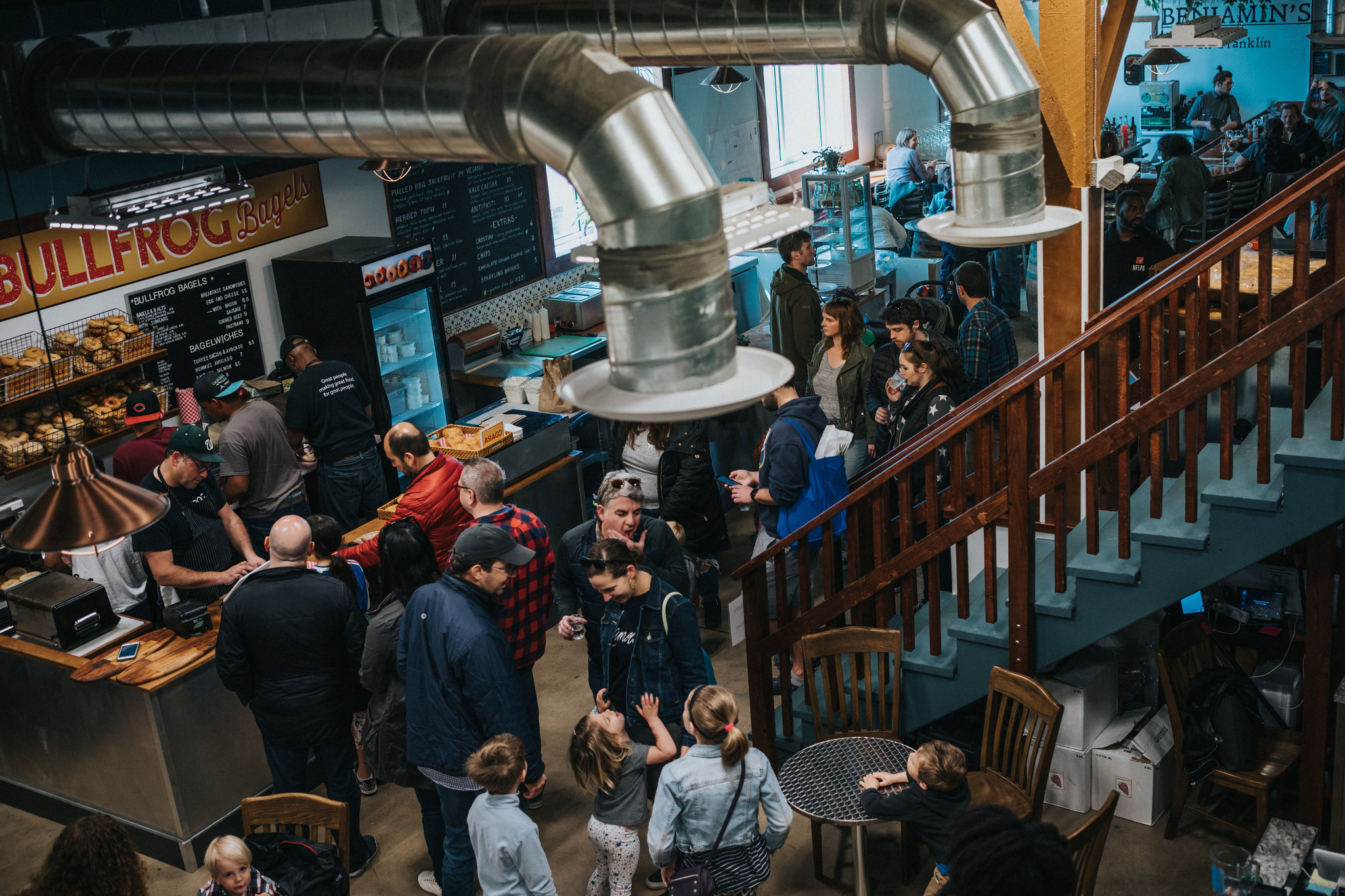 What’s Cookin’?
Tastemakers is a food incubator/food hall, located in a former mayonnaise factory in Brookland….yes, you read correctly, a former mayo factory! Currently, about 15 local food companies, including Bullfrog Bagels, Shrub District, and Republic Kolache are being hosted there.

Tastemakers is a food business owner’s dream. It’s a well-run commercial kitchen in which members can work effectively and professionally. They have sinks in different areas, energy-efficient fixtures and equipment, and even solar panels on the roof. When Kirk and Juliann built Tastemakers, they didn’t just want an avant-garde facility in a hip building. Every minute feature of Tastemakers was well thought out so they could operate with maximum energy efficiency and reduce their carbon footprint for generations to come. They donate surplus food to local charities and are fanatical about composting and recycling.

Shop Local
The front of the former mayo building, features an epicurean food hall and market shining a spotlight on some of DC’s illustrious small and mid-sized food startups. Ready to feed you when you need noms ASAP are yummy places like Taqueria del Barrio, DC Steakholders, Ball or Nothing gourmet meatballs, a vegan fave Pianta and, of course, Captain Cookie. In addition to the warm, fresh-baked cookies, the stand also sells ice cream and cookie dough sundaes. Yummers!! The food hall plans to host a number of pop-ups so the addition of new and exciting options will always be on the horizon.

Tastemakers will also have a grab-and-go grocery section featuring products from their incubator members and other local purveyors, as well as draft nitro brews from Alchemist Coffee. Local artists display their creations on the walls. 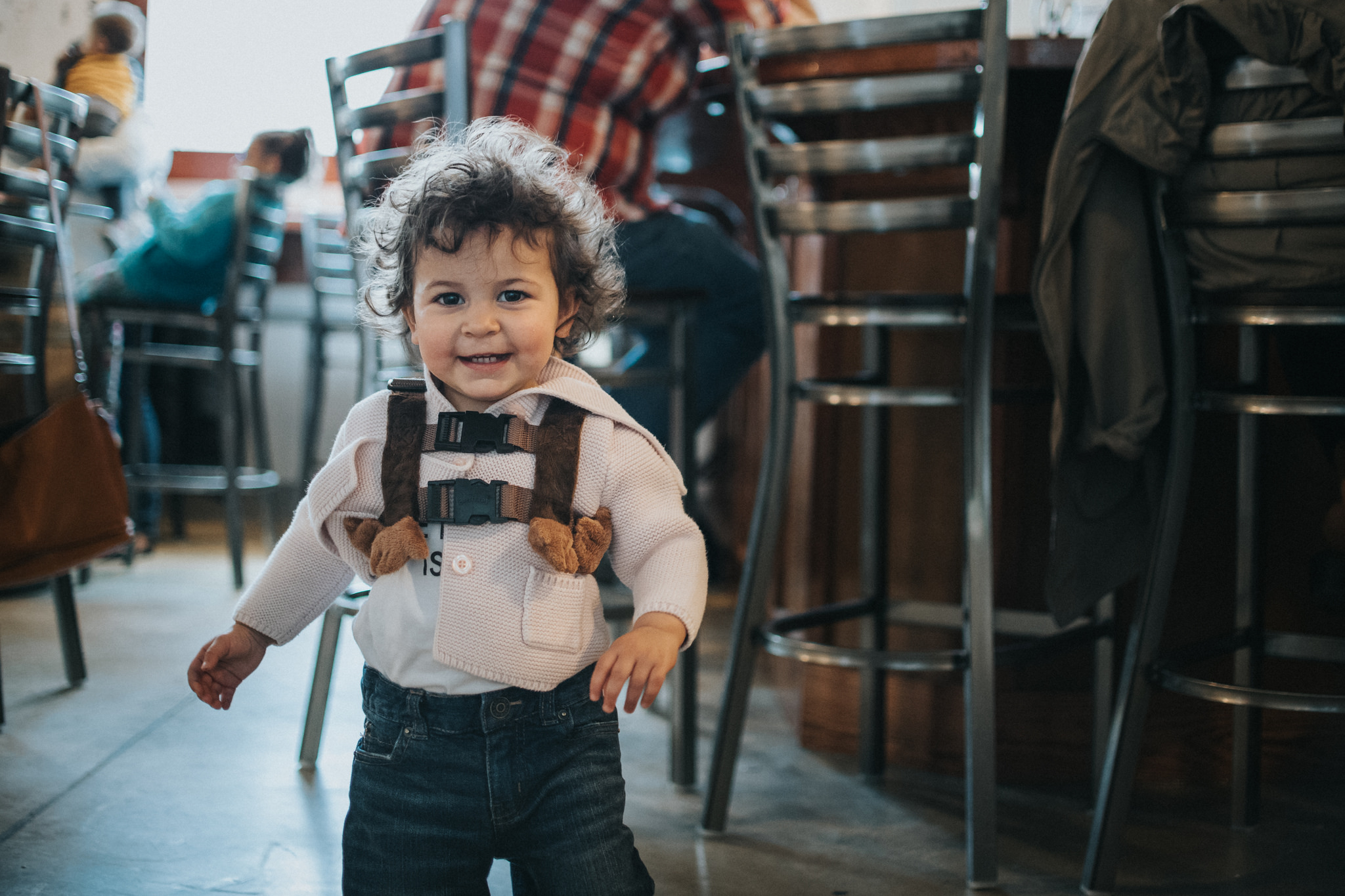 Calling All Future Foodies
For Kirk and Juliann, a key element to the Tastemakers brand was having an educational and engaging space. They have a demonstration kitchen for fun cooking classes where you can learn new culinary skills. And they offer chef’s table events for the public. More information can be found on their events page.

Cheers!
Of course, no food incubator/hall is complete without a bar! Benjamin’s on Franklin, features the best in DC’s spirits and brews as well as favorite local wines. The cocktail menu is imaginative and fun! Nods to the bar’s namesake, Ben Franklin, abound! Anxo cider is sold because Mr. Franklin loved apples. And BF history buffs will appreciate the French wines on the menu since he was the first US ambassador to France. Kites and keys hang from the ceiling, and bookshelves house classic literature, including some titles relating to the Founding Father. Taps will pour local beers, and 80-percent of the liquor is sourced from DC-area distillers.

Tried Tastemakers yet? Tell us all about your experience in the comments below.