We know your kids probably have a million birthday parties to go to this year, but this one won’t require a last minute stop at the toy store and some recycled wrapping paper. In honor of William Shakespeare’s birthday, the Folger Theater is throwing the Bard an awesome bash on Sunday, and the entire family invited! Here’s a look at the kid-friendliest festivities (happening April 19) the fete has to offer, including the one thing no good shindig should be without…cake! 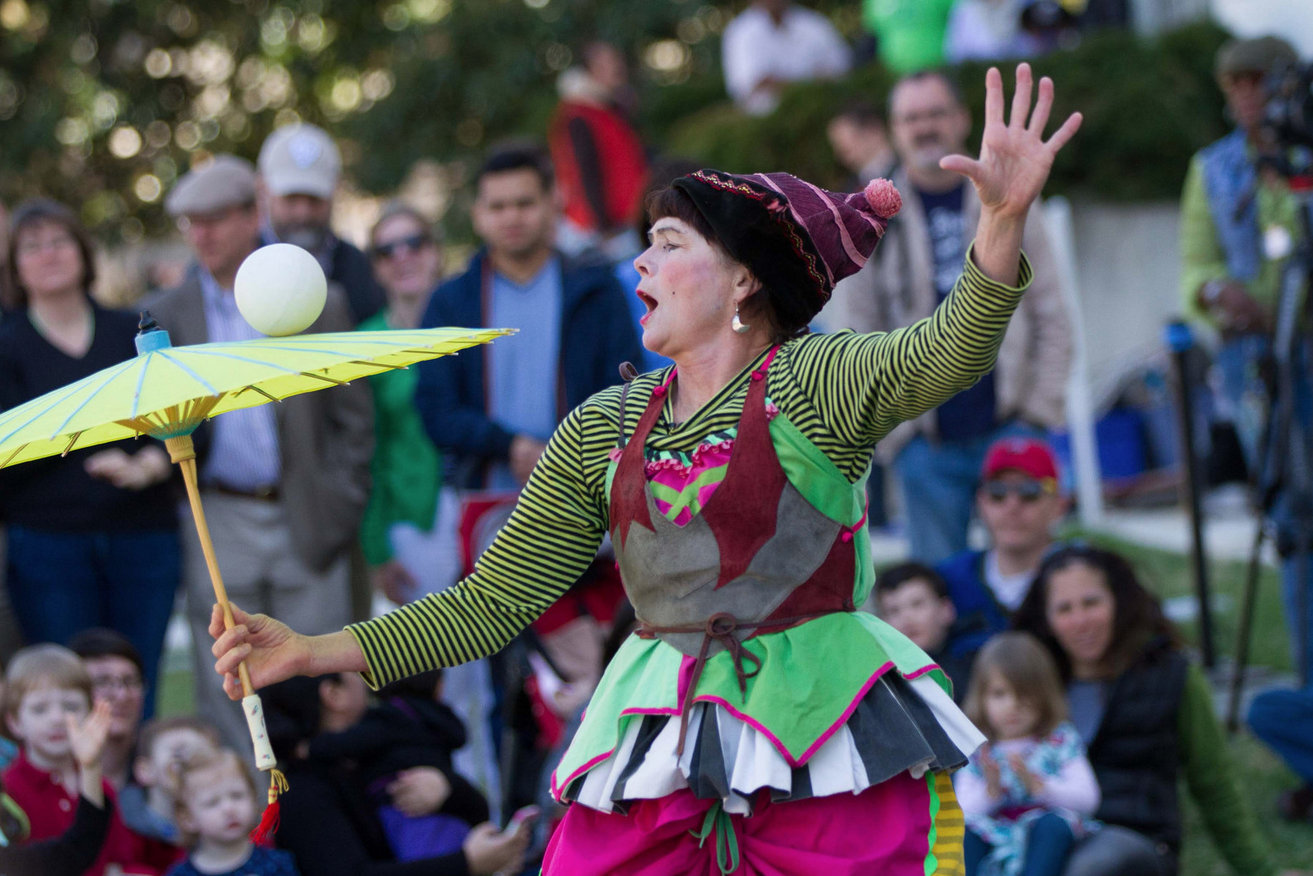 Challenge the Jugglers and Jesters
These talented entertainers will have your children mesmerized in seconds. From atop their throne (aka your lap), they can clap their approval just like Queen Elizabeth I would have during Shakespeare’s time.

Ohh and Ahh at the Sword Fighting Demos
On guard! Your kids will be enthralled by the practiced sword fighters and their handy work. They’ll love the difficult moves, so be sure to remind them that these techniques should not be attempted at home! 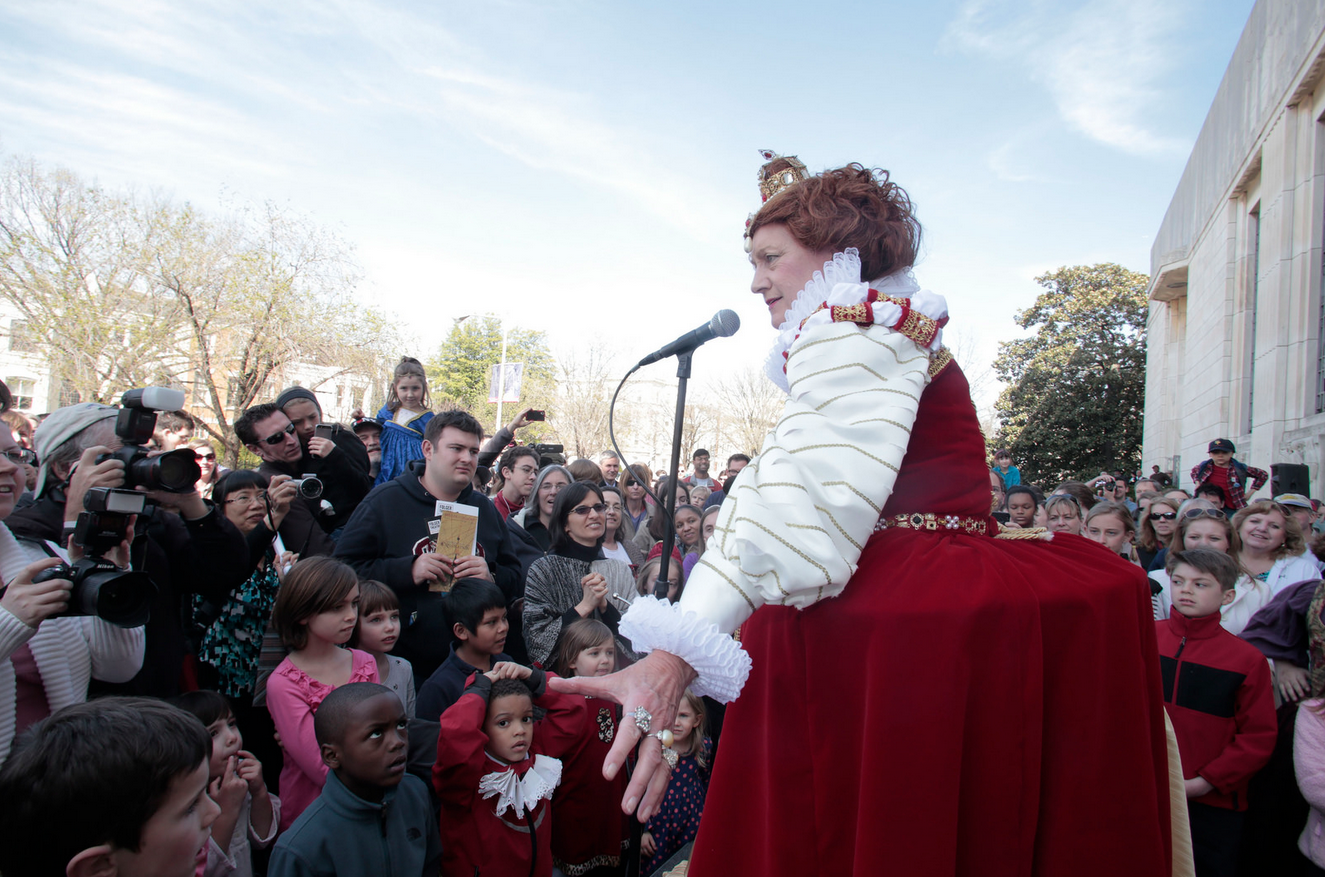 Meet The Lady of the Hour (aka Queen Elizabeth I)
Speaking of Queen Elizabeth I, she and all of her finery will make an appearance as Shakespeare’s artistic patron. Don’t let her puffy sleeves and shiny crown fool you; Queen Elizabeth I was an incredibly strong historical figure, and played a very important role in theater during her reign. 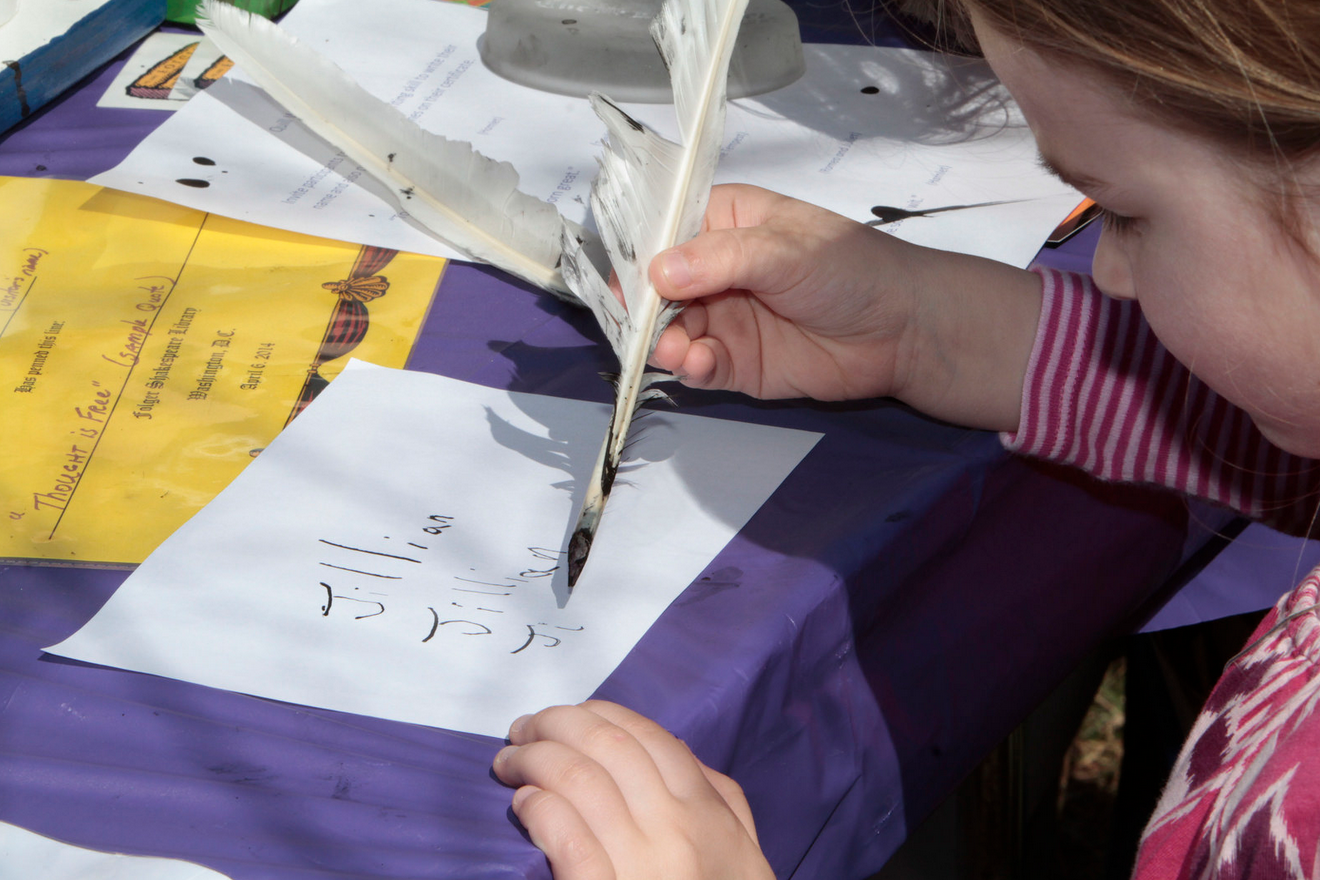 Pen Your John Hancock…with a Quill!
Even if kiddo is still struggling to spell his or her name, quill writing can be a great way to make handwriting fun. Afterwards, buy them their own quill to use at home, and you might have a little Shakespeare on your hands.

Nosh on Birthday Cake on the Folger Front Lawn
Shakespeare may not be present to blow out the candles, but he still gets an honorary birthday cake. Your kiddos might need a little sugar after all of the day’s excitement!

Will you celebrate the bard’s birthday? Tell us n the comments section below.