Did Your Tattoo Just Talk? 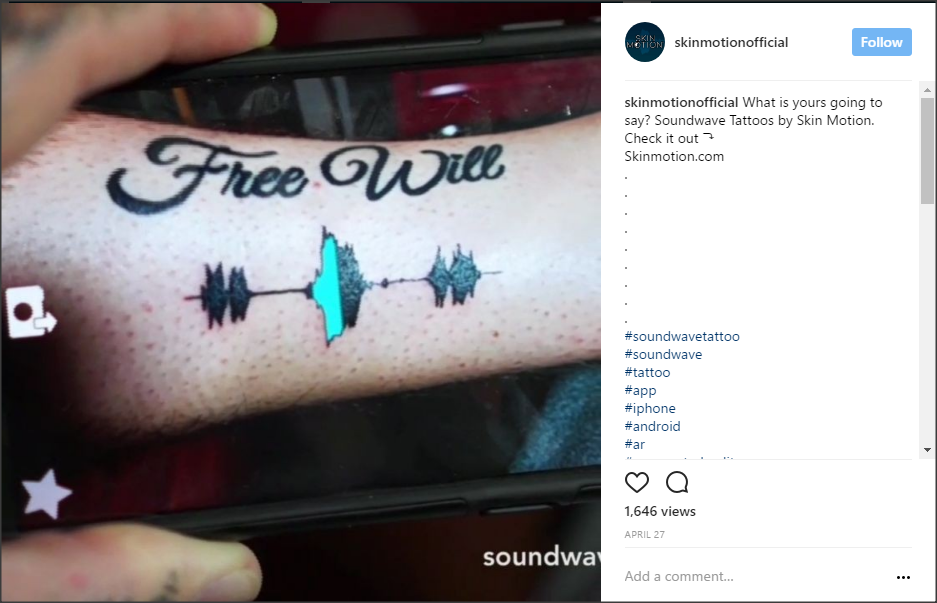 There are lots of different kinds of tattoos, from traditional tribal to fluorescent ink that only shows under black light, but tattoos you can hear?

Welcome to the world of augmented reality apps, where you can try tattoos on before you get them, alter how tats appear in different ways, and even “animate” temporary tattoos, if you don’t want permanent ink. Soundwave Tattoos by Skin Motion, however, are a new twist.

The concept is simple: record a soundbite you want memorialized, whether it’s your child saying “I love you,” a quote from a deceased loved one or your dog’s howl. The audio wave is made into a stencil, which is tattooed on your body. Hold your phone camera over the tattoo and it plays the sound.

The app doesn’t read waveforms; it scans your tattoo like a QR code and plays a stored recording (which has already earned them a spoof video.) Skin Motion says, however, that they may be able to make the app read existing waveforms in the future. They also may expand the app to associate a sound with other tattoo images, like portraits.

Would you get an audio tattoo? Tell us your thoughts in the comments below!