Missing That Disney Dole Whip? Try Making It Yourself

Disney enthusiasts have been missing the parks during the recent closures, but the company is doing its best to bring the magic home in the meantime. Recently on the Disneyland app, the company released a look-a-like recipe to the famous Pineapple Dole Whip called the “Frozen Pineapple Treat.”

The recipe is part of a recently introduced feature called “Now You’re Cooking” with Disney Parks and is currently only on the app. So what exactly goes into a homemade Dole Whip? 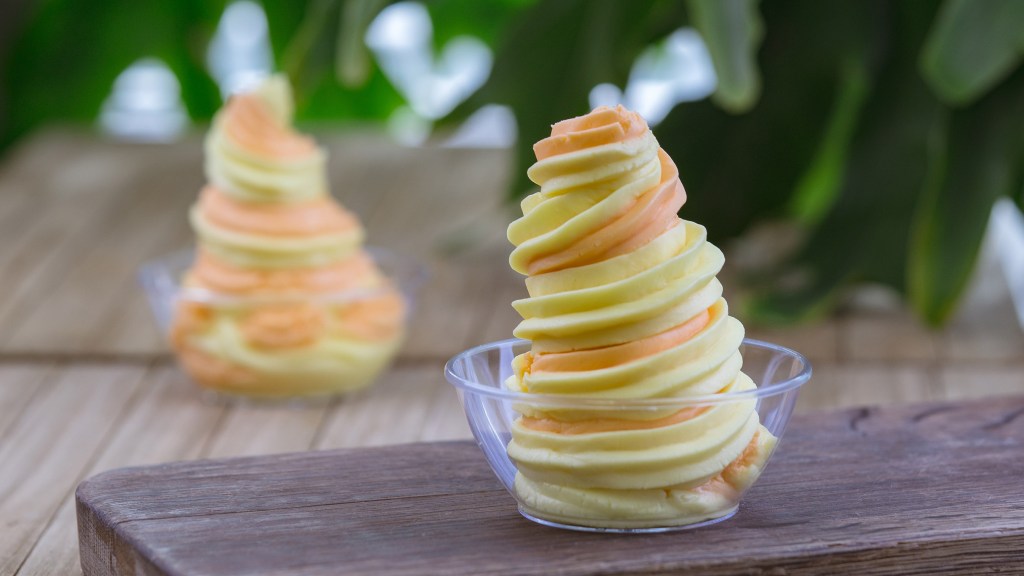 According to the recipe, you’ll need one scoop of vanilla ice cream, 4 ounces of pineapple juice and two cups of frozen pineapple. Then just add all to a blender, blend until smooth and then add to a piping bag before swirling out the delicious treat––because it has to look like it came straight from the ice cream machine, right?

Until the parks open, stay tuned for more recipes on the Disney apps and be sure to head over to the new Disney Magic Moments website to check out the new Olaf digital series. You can also up your video conferencing game with new Disney virtual backgrounds and catch the entire Magic Happens parade playlist right now on Apple Music.

These Leggings Are a Must for Your Upcoming Disney Trip

You’ll Walk with the Force in These Baby Yoda Shoes