If your family is obsessed with shows like Nailed It and The Great British Baking Show, there’s a new bake-off coming your way, courtesy of the Disney Channel and Tastemade.

Disney’s Magic Bake-Off is the first competitive series just for kids 6-14 from Disney Channel, where contestants will work in teams of two to create amazing cakes inspired by Disney magic. Read on to learn more about this magically delicious new show! 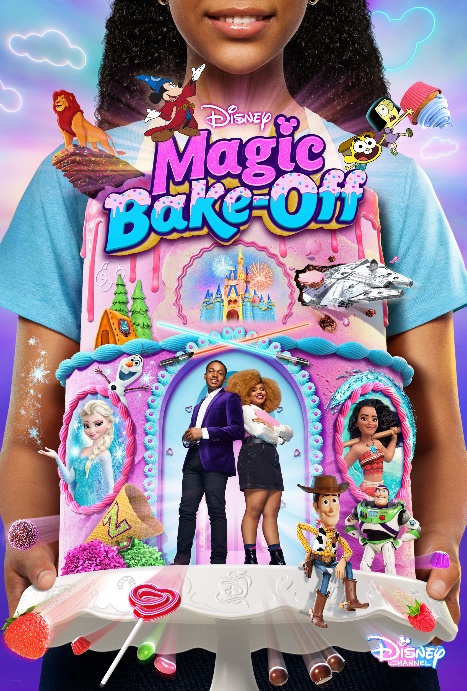 The hosts for the show will look familiar for Disney fans too. Dara Reneé stars as Kourtney on High School Musical: The Musical: The Seriesand Issac Ryan Brown from Raven’s Home. The two will team up with Pastry Chef Graciela Gomez to guide kid bakers through challenges, games, and some unexpected twists.

You’ll be able to watch the show over 13 episodes, and each will declare a winning team. The victors will be proclaimed Disney Baking Champion, and the winning recipe will become a featured Tastemade video, available on Disney Channel and Tastemade social media platforms.

Disney is partnering with Tastemade, a modern media company that creates award-winning video content and original programming in the categories of food, travel, and home & design.