Much of the world has slowed down over the last year, but the Imagineers at EPCOT have used this time to make some big changes. One of the first to be revealed is the eye catching fountain that stands in front of Spaceship Earth.

The acrylic structure stands where the original fountain did in 1982, welcoming guests to the magic of EPCOT. The reimagined fountain took inspiration from the geometry of the original, while adding a light at the center of the liquid-cooled fixture to go with the changing colors. 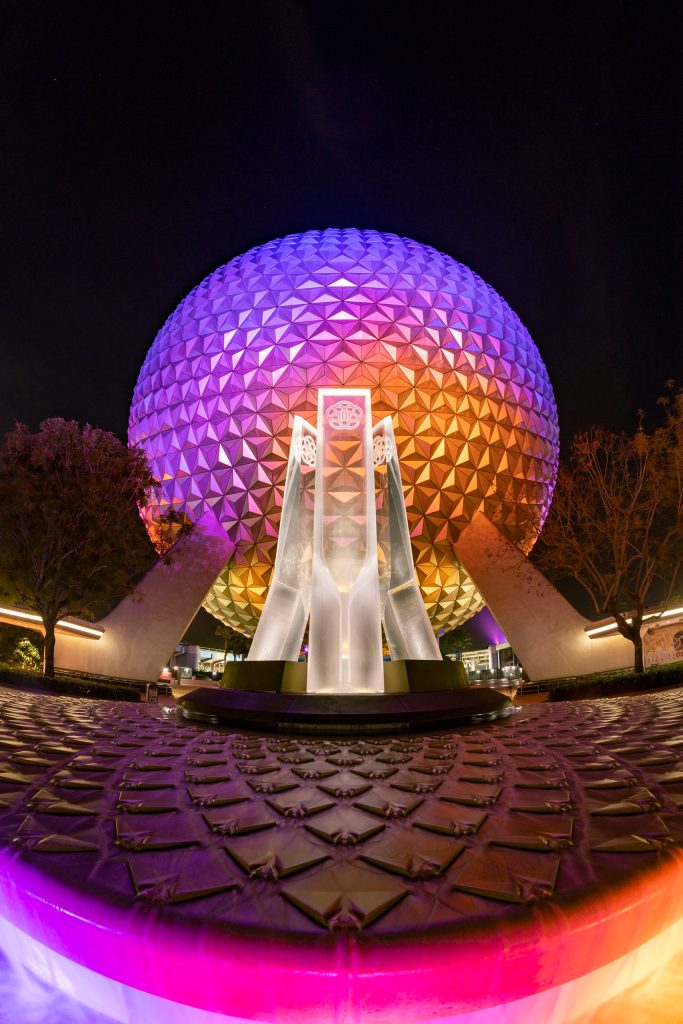 The fountain is made of three 16-foot acrylic pylons with the park’s logo and immediately draws your eye upward toward the sky and Spaceship Earth. Imagineers hail the fountain as the centerpiece of EPCOT’s entrance plaza.

Stay tuned for even more changes coming to the park as EPCOT continues to make more magical transformations in the months ahead.

What Do Disney & Instacart Have In Common? Instant Magic