Get ready for more adventures with Bingo and Rolly! Disney Junior has ordered a fifth season of Puppy Dog Pals. Season four of the series premieres Fri., Oct. 23 at 9:00 a.m. PT on Disney Channel and on DisneyNOW. 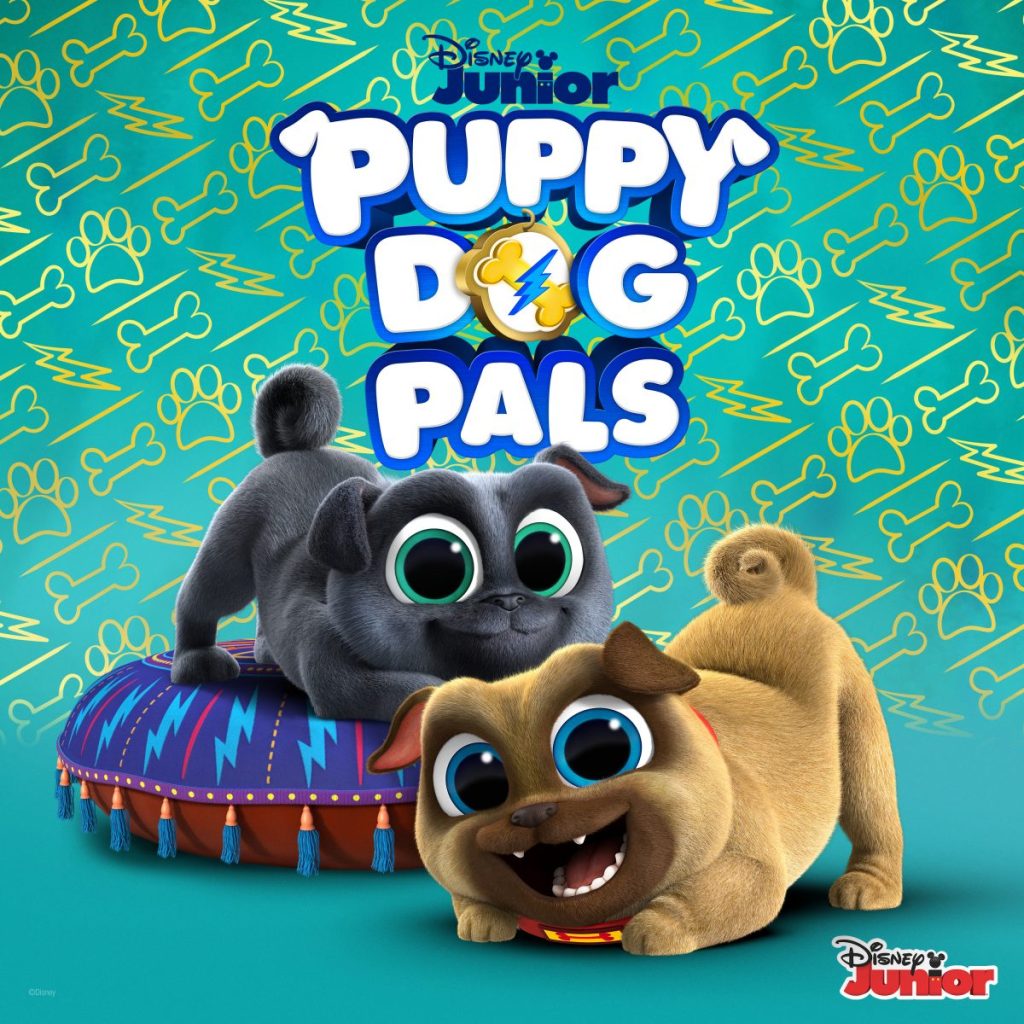 The hit animated series centers on fun-loving pug puppy brothers Bingo and Rolly, whose thrill-seeking appetites take them on exhilarating adventures in their neighborhood and around the globe. Whether helping their owner Bob, exploring with their pal Keia or overseeing their own Puppy Playcare center, the pugs’ motto is that life is more exciting with your best friend by your side.

Season four of Puppy Dog Pals stars newcomer Elisha “EJ” Williams as quick-witted, problem solver Bingo; Gracen Newton (Child Support) as silly, energetic Rolly; Tom Kenny (SpongeBob SquarePants) as A.R.F.; and Jessica DiCicco (The Loud House) as Hissy. Harland Williams is the show’s creator, serves as consulting producer and voices the role of Bob, the pups’ devoted owner. Sean Coyle is executive producer and Michael Olson is co-executive producer/story editor for season four. The fifth season will be executive produced by Olson and Coyle will serve as consulting producer. The series is a production of Wild Canary in association with Disney Junior.

Extensions for the series include storybooks from Disney Press, DVDs from Walt Disney Studios and music releases on major streaming platforms from Walt Disney Records. Plush toys, costumes, accessories and apparel are available at the Disney store, shopDisney.com and retailers nationwide.