The holidays are on the horizon and Disney has just released the first glimpse of all the Disney Parks Halloween novelties to collect on your fall visit to each of its parks. The Walt Disney Resort and Disneyland Parks will each have the spooky items for sale at various times throughout the Halloween season, and they are uber-popular so don’t wait to snag one if you see it!

This autumn, keep your eyes peeled for special popcorn bucket designs, glowing ice cubes, stein mugs, straws and straw clips––in all your favorite scary characters. We’ve rounded up all the must-have Disney Halloween novelty merchandise you’ll want to get your hands on this year. 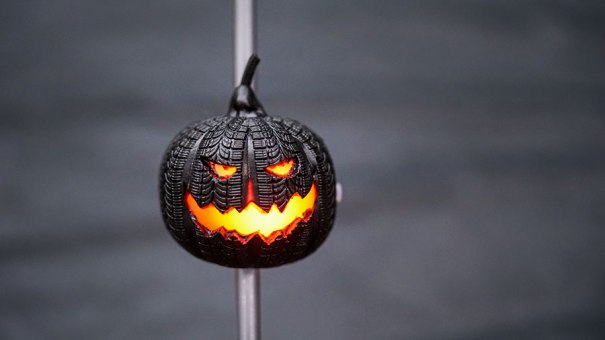 This light-up straw takes it's cue from Halloween at Cars Land. The small black pumpkin boasts tire marks that make it look like it was carved from an actual tire. It also lights up, meaning this is a must-have novelty for this year. 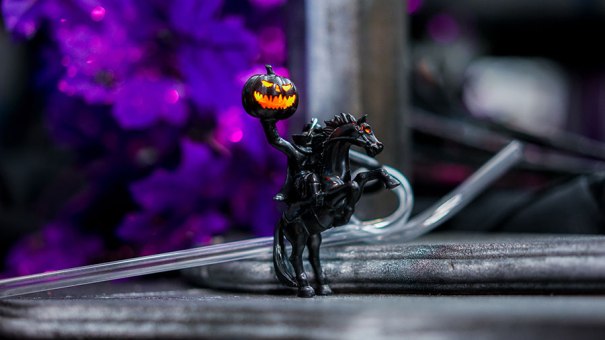 The Headless Horsemen is making a comeback this year and he fits perfectly on your beverage straws.

Where to Find It: Various restaurants throughout Disneyland Resort and at the Magic Kingdom Park at Walt Disney World Resort. 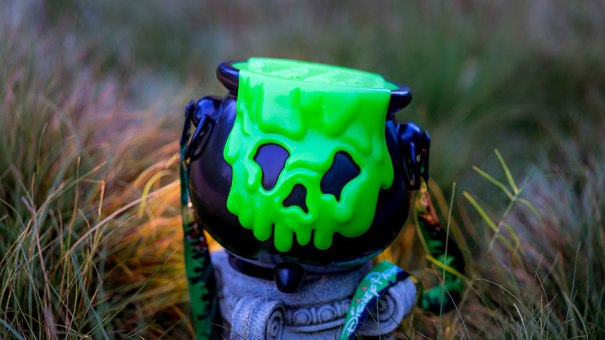 This light-up popcorn bucket will be available starting mid-September, so grab one, stat! As a bonus, this bright bucket also boasts a Hidden Mickey!

Where to Find It: Disneyland Park in California and all parks at Walt Disney World Resort as well as Disney Springs. 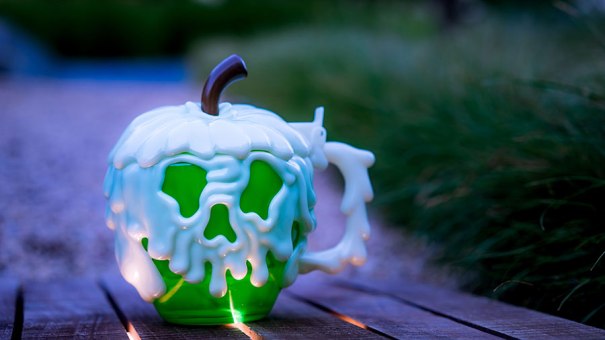 Drink in style with this Green Poison Apple Stein! Remove the apple top and try not to get too scared by the creepy face.

Where to Find It: Locations at the Disneyland Resort and a variety of outdoor vending locations in Disney’s Animal Kingdom at Walt Disney World Resort. 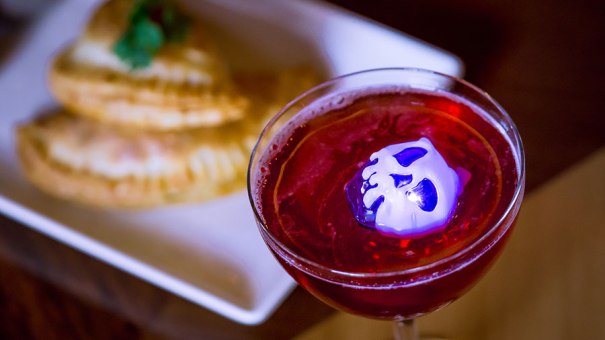 The Poison Apple Glow Cube comes in three colors this year, and is returning from last year. 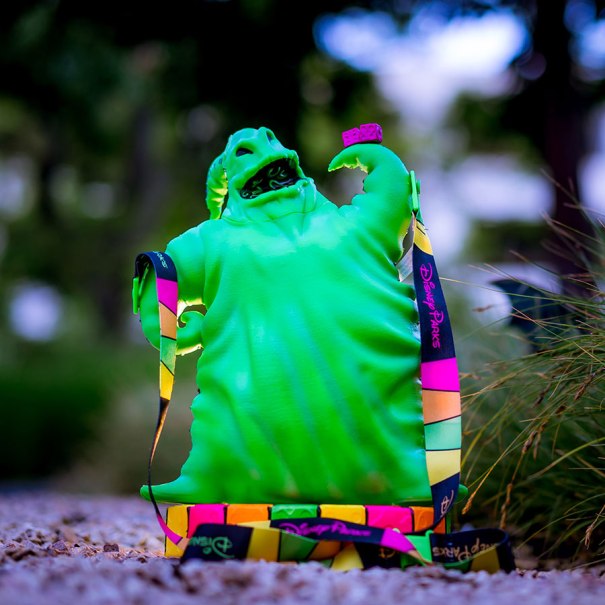 This premium popcorn bucket is returning again this year and at both parks. Take your love of the Nightmare Before Christmas to a new level with this bucket.

Where to Find It: Find Oogie Boogie at the Disney California Adventure Park Popcorn Carts and at the New Orleans Popcorn Cart at Disneyland.

This year's Halloween Base Popcorn bucket is beyond cute! Mickey, Minnie, Chip & Dale are all included in this fun design––oh, and Figaro too! The travel mug is a non-refillable mug available at Disneyland Resort, and as a refillable mug (only refillable for the duration of your stay) at Walt Disney World and hotel resorts.

Where to Find It: The base popcorn bucket can be found at various popcorn locations across Disneyland park at Disneyland Resort and Magic Kingdom Park, Disney’s Animal Kingdom, Epcot, and Disney Springs at Walt Disney World Resort.

The Oogie Boogie Base Popcorn Bucket is all about Oogie Bookie from the Nightmare Before Christmas! Bright colors, pumpkins and even a headless horseman make this a truly collectible item.

Where to Find It: Only available at Disney's California Adventure Park at the Buena Vista, Grizzly Peak, Pixar Pier, and Hyperion Popcorn Carts.

It May Still be Summer, But Disney Just Released Their Halloween Cruise Dates

Red Tricycle > Things to Do > Attractions > We Want—No, NEED—All of the New Disney Park Halloween Merch