If you miss visiting the Disney Parks, you can experience the rides virtually or create some park specific recipes right in your own kitchen. Now, you can play a special game of Monopoly that features rides and attractions from Disneyland and Disney World. The special Disney version is available on the Shop Disney website for $49.99. 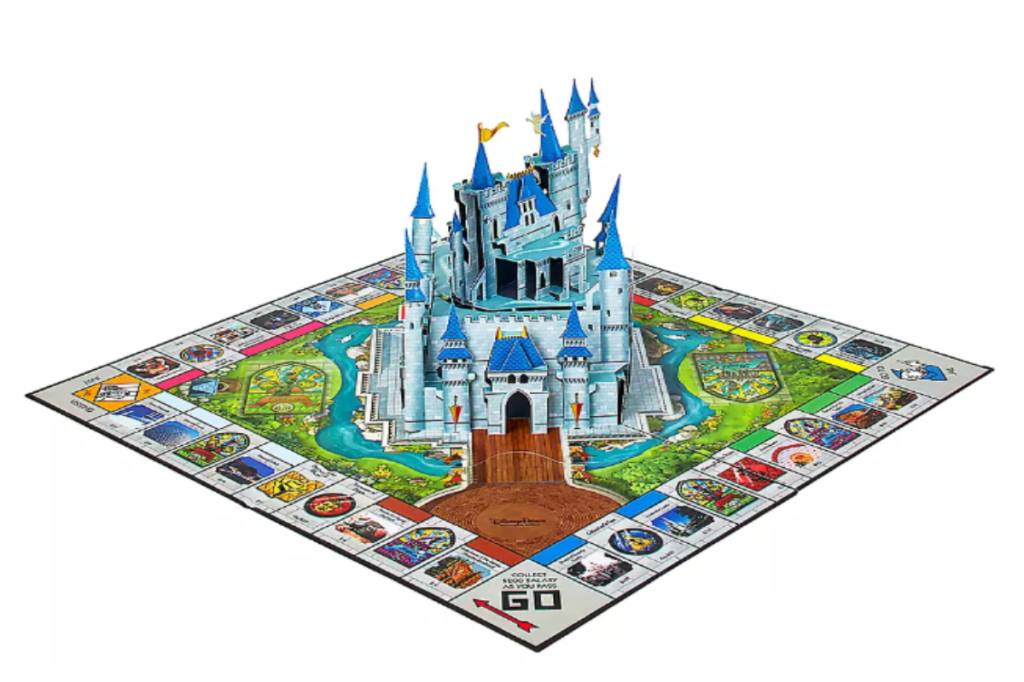 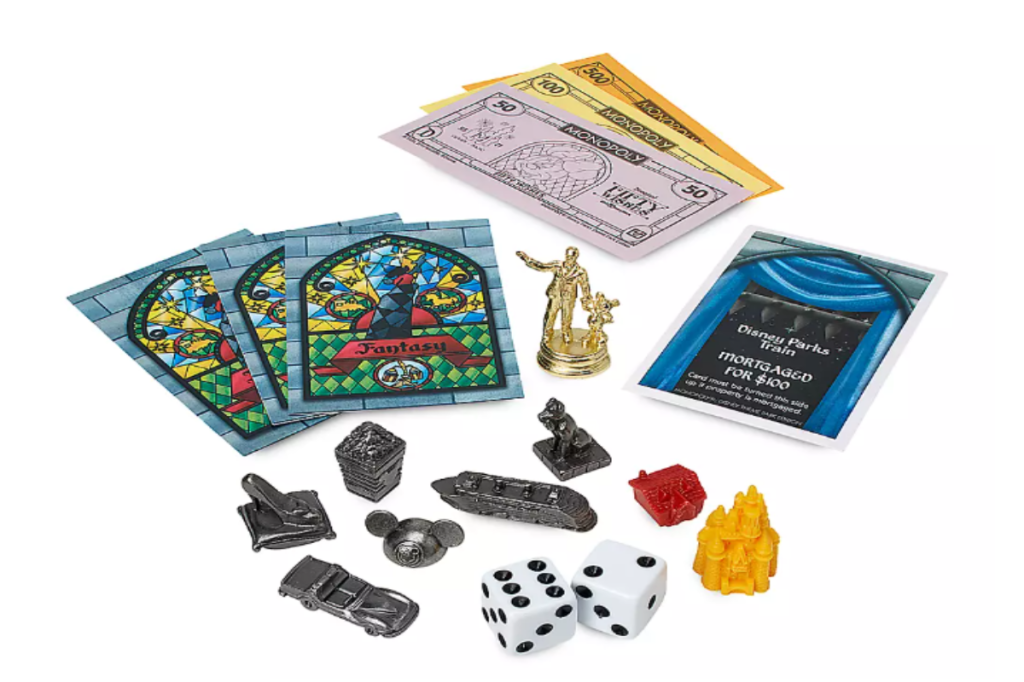 The centerpiece of the board is a pop-up Fantasyland Castle. Instead of placing houses and hotels on your properties, you will buy Toontown houses and castles. Magic and Fantasy card replace Chance and Community Chest and six brand new game tokens including mouse ears, Cinderella’s glass slipper and more. The money even has a touch of Disney magic too!

All photos courtesy of Shop Disney