The Disney Princesses Are Hitting the Road for the Ultimate Concert

Calling all princess fans! Disney has teamed up with Pandora Jewelry for a very special event and it’s perfect for tiara-wearing kiddos.

Disney Princess—The Concert is an 85-city, nationwide tour running from Nov. 1, 2021 through Apr. 16, 2022 and it will include a foursome of Broadway and animated film stars. Each event will showcase the Disney Princesses through stories, animation and songs. 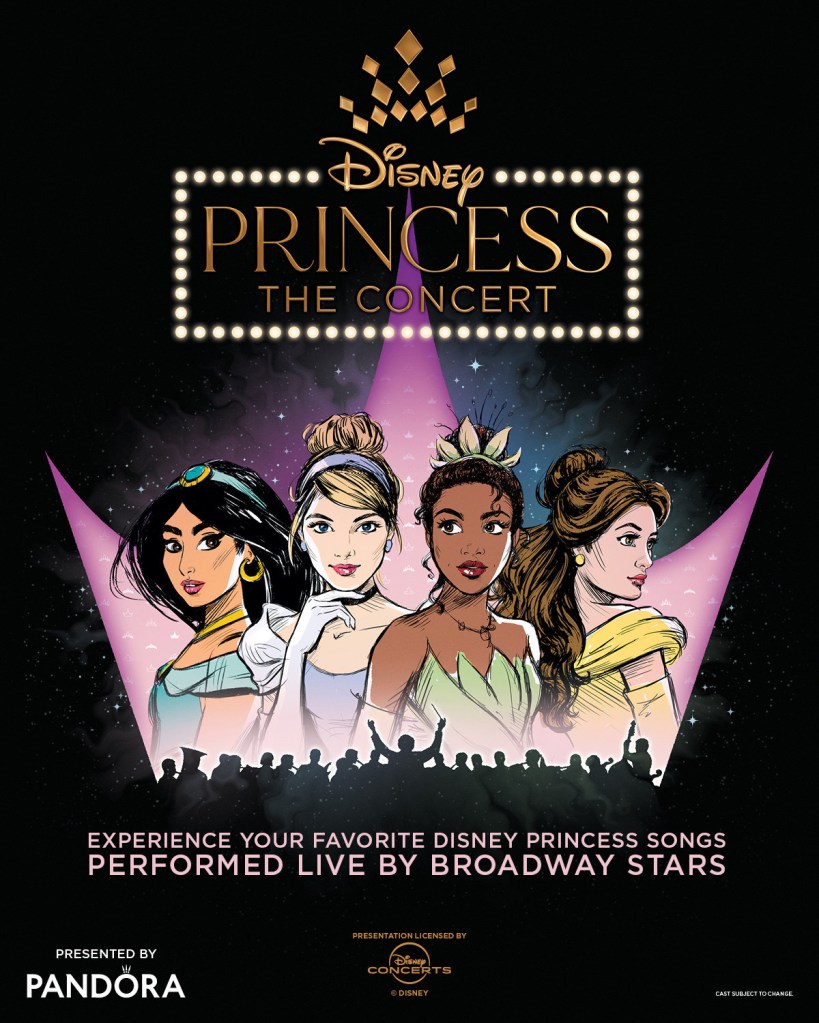 So who will be joining this truly magical affair? During the first leg of the tour through Dec. 2021, concertgoers will get to listen to the sounds of Tony®-nominee Susan Egan (‘Belle’ from Broadway’s Beauty and the Beast, ‘Meg’ from the animated feature film Hercules), two-time Tony-nominee Laura Osnes (‘Cinderella’ in Rodgers + Hammerstein’s Cinderella), Grammy®-nominee Courtney Reed (‘Jasmine’ in Broadway’s Aladdin) and Aisha Jackson (‘Anna’ in Broadway’s Frozen).

Everyone is encouraged to show up in true princess style, and be ready to enjoy over 30 Disney Princess songs! Attendees will also be treated to behind-the-scenes stories from each Princess with stunning animations and visuals.

To get excited for the event, little princes and princesses can enjoy a curated playlist from Walt Disney Records. Then mark your calendar for Fri. May 7 at 10:00 a.m. (all time zones) when tickets go on sale at DisneyPrincessConcert.com.