Over the past few months Disney has needed to pivot, releasing movies such as Artemis Fowl and Hamilton straight to Disney+ instead of theaters. Today, the new trailer for the upcoming film Disney’s The One and Only Ivan was debuted by the streaming service. The One and Only Ivan will stream exclusively on Disney+ on Aug. 14.

Ivan is a 400 pound silverback gorilla that has grown up in the circus. He has few memories of the jungle where he was captured, but when a baby elephant named Ruby arrives, it touches something deep within him. Ruby is recently separated from her family in the wild, which causes him to question his life, where he comes from and where he ultimately wants to be.

The heartwarming adventure is based on Katherine Applegate’s Newbery Award winning book. It comes to the screen in an impressive hybrid of live-action and CGI. 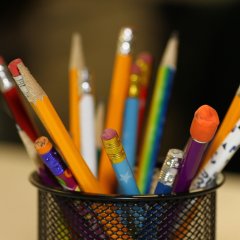